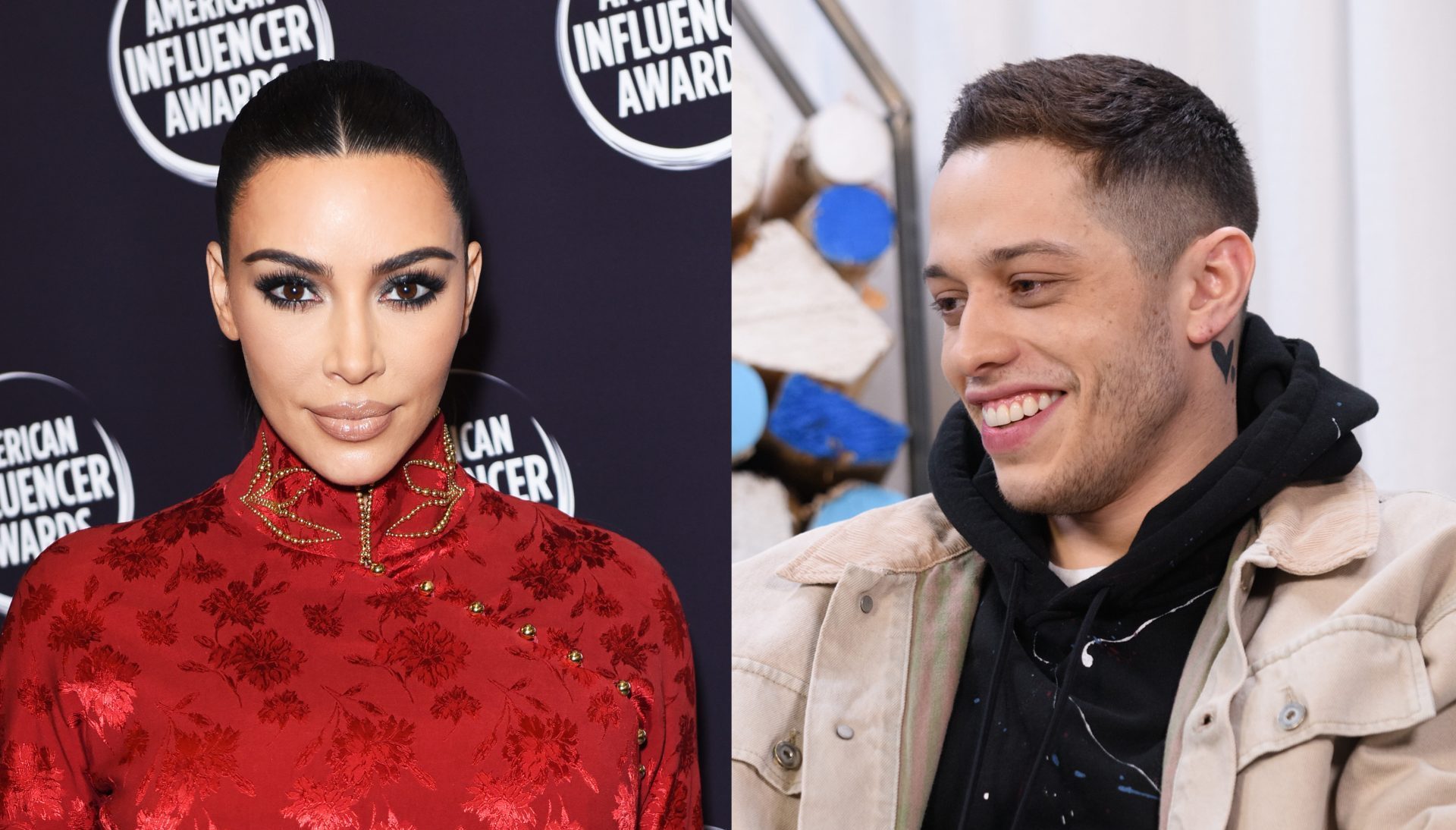 The Kardashian-Jenner gals aren’t letting up on their media tour in preparation for the premiere of their new show The Kardashians. And after months of headlines and plenty of paparazzi moments, we’re seeing Kim Kardashian really open up about her romantic relationship with Pete Davidson.

She recently told Good Morning America’s Robin Roberts that her new man has her happy and at peace. The reality superstar revealed just how romantic Pete can be during a new episode of Jimmy Kimmel Live !.

Khloé, Kourtney, Kendall and Kris also appeared Wednesday’s show – each with their own hot topics to discuss. After briefly speaking with Kourtney about her unofficial walk down the aisle with fiancé Travis Barker, Jimmy turned his attention to Kim.

He asked, “is this the first time you kissed Pete” while showing a photo of Kim and Pete’s smooch on Saturday Night Live. With a smile, she confirmed the moment saying “yes that is.” Then, Jimmy asked Kim what happened to the rug underneath them.

“Actually, for Valentine’s Day he got me the rug and the whole outfits and the little genie lamp,” Kim said. “So I do own the rug.”

Following her answer, Jimmy spilled some of Kimmy’s romantic tea. He told the rest of the Kardashian-Jenner clan and the audience that Kim received a special delivery prior to the taping.

“We had to carry in a huge bouquet of flowers that Pete sent here for you,” Jimmy said. “Does that make the other boyfriends look bad?”

As previously mentioned, Kim described herself as a “relationship girl” to GMA‘s Robin.

“I would not be with someone if I did not plan on spending a lot of my time with them,” Kim said. “Obviously I wanna take my time, but I’m very happy and very content and it’s such a good feeling just to be at peace.”

And Kim isn’t the only one of the duo who has spoken on their union. Pete confirmed their romantic link to PEOPLE in February – days before V-Day.

“Well, I do not really have Instagram – I do not have Instagram or Twitter or any of that stuff. So, most of my daily life is getting into cars and showing up to a set. Or, if I’m off, I just either hang out with my friends or chill with my girlfriend inside. So I do not do much, ”Pete said.