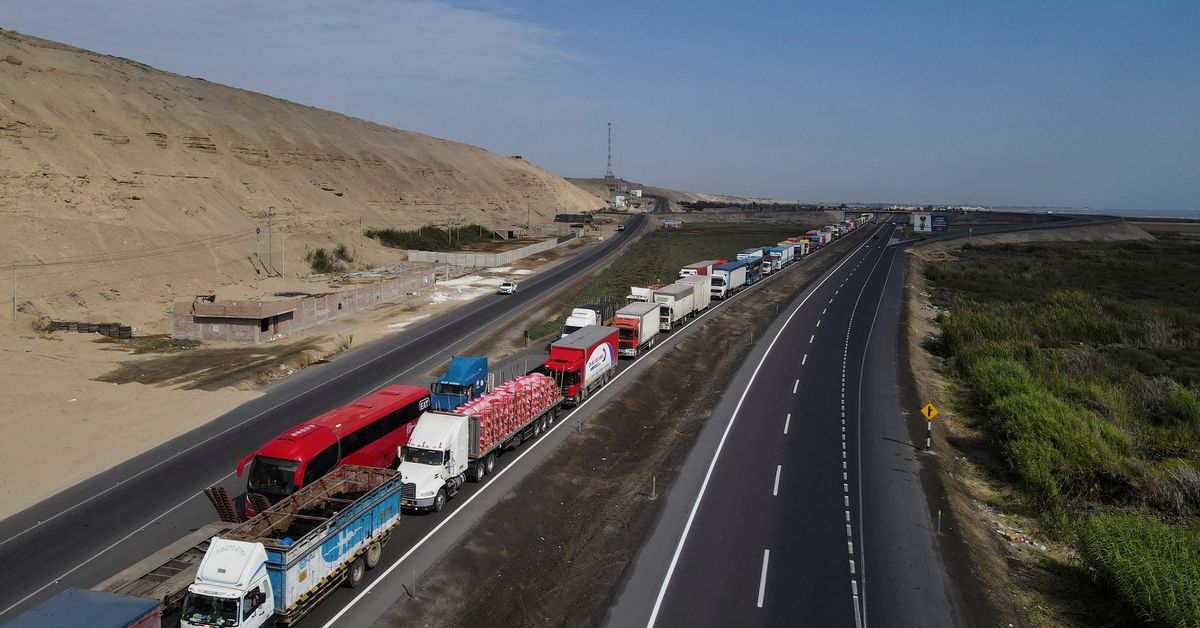 April 7 (Reuters) – Peru’s government on Thursday ordered its armed forces to supervise the country’s highways for next month, amid crippling protests nationwide over rising food and fuel prices.

The country has been occupied by road blockades for over a week as anger has flared over rising costs, which have spiked since the Russian invasion of Ukraine. Peru is facing its highest inflation rate in a quarter century.

President Pedro Castillo has scrambled to come up with meaningful solutions. This week he declared a curfew in Lima to try to stifle dissent which thousands defied, taking to the streets in protests that turned violent.

The government has cut taxes on fuel and raised the minimum wage and also proposed exempting essential food items from sales tax.

Castillo, who was a peasant farmer and teacher before taking office, is also in a precarious political situation.

His approval ratings have dipped to 19%, a record low according to a Datum poll published on Thursday. He recently survived a second impeachment in less than a year in office.