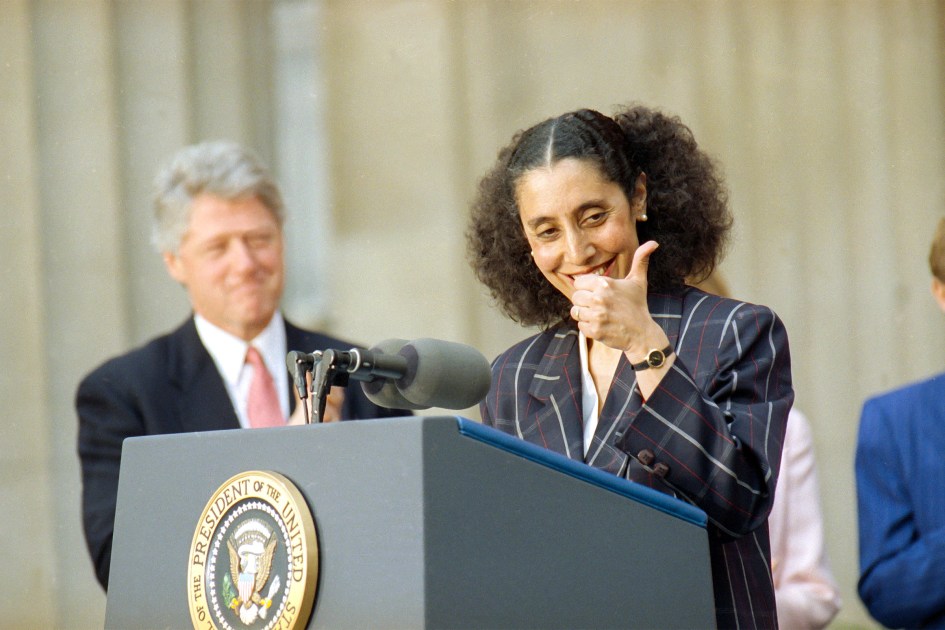 She eventually left Philadelphia to join the faculty at Harvard – but not before a now-famous colleague.

The University of Pennsylvania’s law school has been a launch pad for many prominent legal careers. Among them in the 1990s was Lani Guinier, a fierce advocate of expanding voting rights (yes, that debate has been raging for decades).

Guinier was also a proponent of affirmative action, and when President Clinton tapped her for a position in his administration, conservatives targeted her views as overly radical, eventually causing the nomination to be pulled.

There was a rumor the law prof would leave Penn for Harvard, but – as a headline from the Philadelphia Daily News notes – another woman legal scholar left Philly for Cambridge first.

That second professor was not famous at the time, but three decades later, everyone knows her name. Scroll through the thread below to see how it all unfolded.