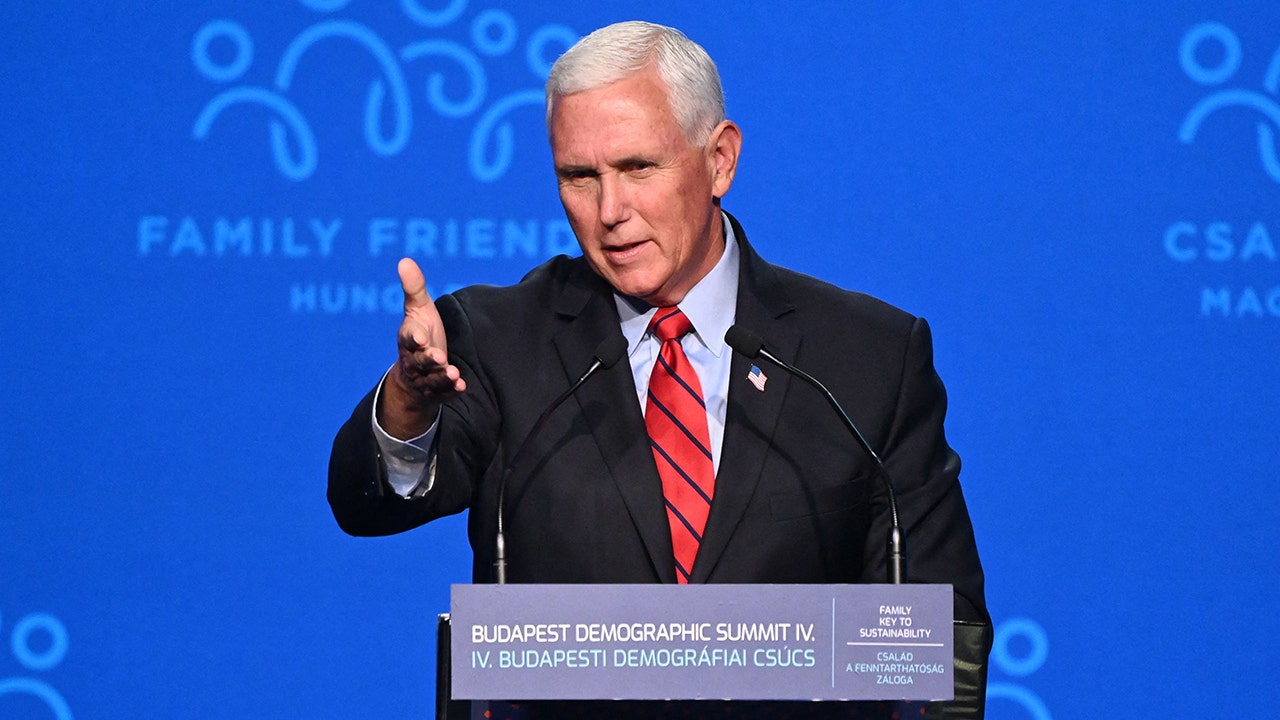 Former Vice President Mike Pence’s advocacy organization is releasing a “Freedom Agenda” for conservatives focused on promoting a positive and traditional view of America, and pushing back against progressive policies being pushed by the Biden administration.

Pence’s 501 (c) (4), Advancing American Freedom (AAF), published the agenda Thursday. The group calls the agenda “a vision for restoring freedom and a framework of ideas and solutions for how to achieve that vision.”

“In 14 months Biden has done more damage than any other president in history,” AAF founder Pence told Fox News Digital during a Wednesday phone call ahead of the announcement.

“The American way of life is under threat as never seen before,” he continued, pointing to the disastrous withdrawal from Afghanistan, rising inflation and crime, amid other domestic issues that have erupted under the Biden administration. He added that it’s no surprise “Biden’s approval rating is so low.

Pence said that the conservative party must “rally around a bold, optimistic agenda” from the Reagan administration to the Trump administration, explaining that idea was the genesis for the Freedom Agenda.

The agenda is designed to be a “compelling vision” focused on the future for citizens, activists, and men and women across the country, according to the former vice president.

“Elections are about the future, and frankly the opposition would love nothing more for conservatives to talk about the past or to talk of the mess they’ve made of the present, but I think it’s of equal importance we focus on where conservatives at every level, whether it’s the active citizen or whether it be people in public life, can carry the country, “Pence told Fox News Digital.

“And I think by relentlessly focusing on the future we can stop the radical left, we can turn this country around, we can win the Congress and state houses back in 2022, and we can win back America in 2024 and beyond.”

The agenda has three pillars: American opportunity and economic opportunity, American strength and leadership on the world stage, and American culture.

The pillars, which contain goals and how to achieve them, range from ensuring American energy dominance, to reducating taxes, to returning education to parents, to promoting individual liberties and to protecting life.

The agenda also details how the US should ready its military force against the threats posed by Russia, Iran and China, and how the country must stand with Israel and fortify other key alliances.

The plan was designed to be “easily digestible” to everyday Americans, according to Pence aides, and it is available online.

The agenda comes after Florida Sen. Rick Scott, who serves as the chairman of the National Republican Senatorial Committee (NRSC), released an 11-step “Rescue America” ​​plan in recent weeks.

The plan has been criticized by members of his own party, including Senate Minority Leader Mitch McConnell, for not properly reflecting conservative values.

“All Americans should pay some income tax to have skin in the game, even if a small amount,” the plan from Scott states. “Currently over half of Americans pay no income tax.”

“Now let me tell you what will not be part of our agenda,” McConnell retorted after the release of Scott’s plan.

“We will not have as part of our agenda a bill that raises taxes on half the American people, and sunsets Social Security and Medicare within five years. That will not be part of a Republican Senate majority agenda.”