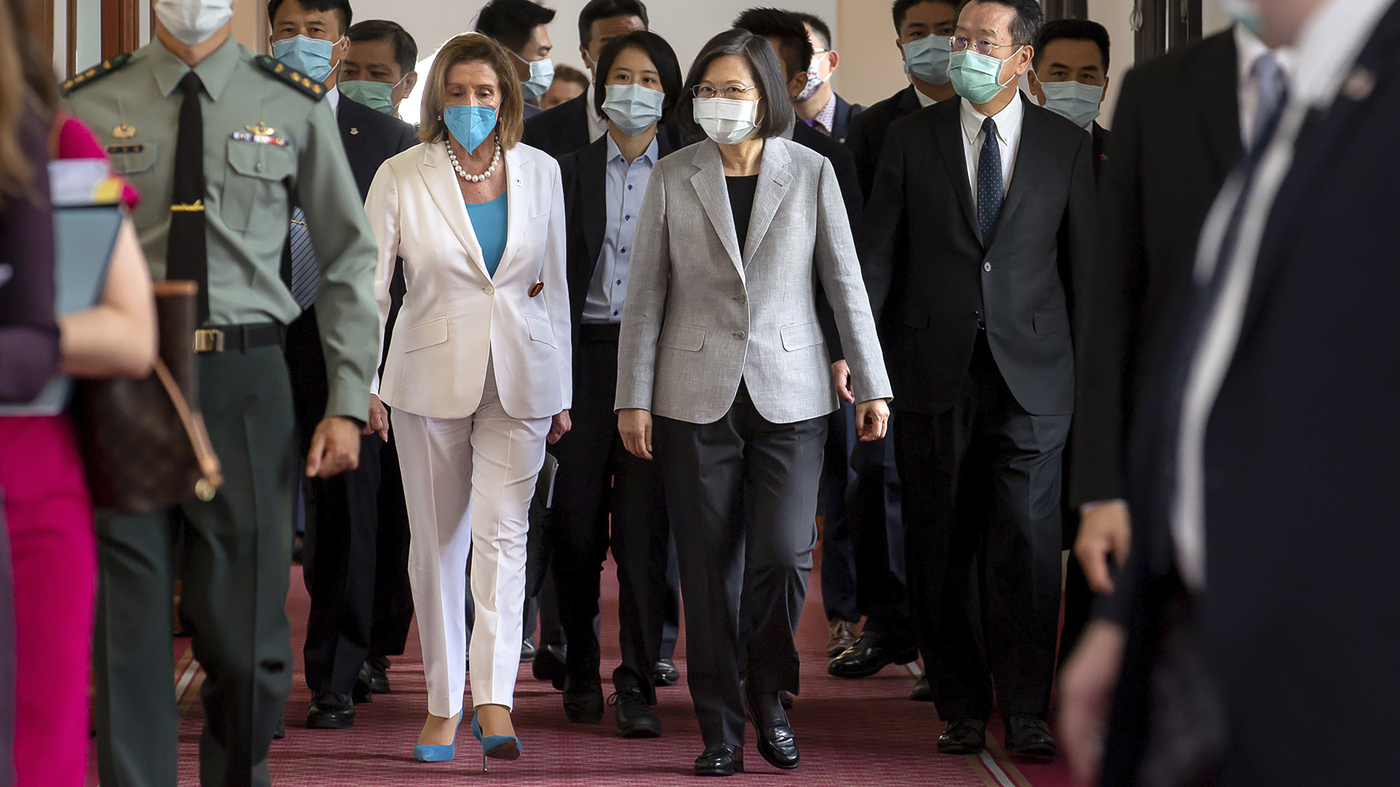 TAIPEI, Taiwan — US House Speaker Nancy Pelosi, meeting leaders in Taiwan despite warnings from China, said Wednesday that she and other members of Congress in a visiting delegation are showing they will not abandon their commitment to the self-governing island.

“Today the world faces a choice between democracy and autocracy,” she said in a short speech during a meeting with Taiwan’s President Tsai Ing-wen. “America’s determination to preserve democracy, here in Taiwan and around the world, remains ironclad.”

China, which claims Taiwan as its territory and opposes any engagement by Taiwanese officials with foreign governments, announced multiple military exercises around the island and issued a series of harsh statements after the delegation touched down in the Taiwanese capital, Taipei, on Tuesday night.

Pelosi’s trip has heightened US-China tensions more than visits by other members of Congress because of her high-level position as leader of the House of Representatives. She is the first speaker of the house to come to Taiwan in 25 years, since Newt Gingrich in 1997.

Tsai, thanking Pelosi for her decades of support for Taiwan, presented the speaker with a civilian honor, the Order of the Propitious Clouds. She was more pointed about Chinese threats in her remarks than Pelosi was.

“Facing deliberately heightened military threats, Taiwan will not back down,” Tsai said. “We will firmly uphold our nation’s sovereignty and continue to hold the line of defense for democracy.”

Shortly after Pelosi landed, China announced live-fire drills that would start Tuesday night and a four-day exercise beginning Thursday in waters on all sides of the island.

Pelosi noted that support for Taiwan is bipartisan in Congress and praised the island’s democracy.

Her focus has always been the same, she said, going back to her 1991 visit to Beijing’s Tiananmen Square, when she and other lawmakers unfurled a small banner supporting democracy, two years after a bloody military crackdown on protesters at the square.

That visit was also about human rights and what she called dangerous technology transfers to “rogue countries.”

Pelosi is visiting a human rights museum in Taipei later Wednesday before she departs for South Korea, the next stop on an Asia tour that also includes Singapore, Malaysia and Japan.

Pelosi, who is leading the trip with five other members of Congress, met earlier Wednesday with representatives from Taiwan’s legislature.

“Madam Speaker’s visit to Taiwan with the delegation, without fear, is the strongest defense of upholding human rights and consolidation of the values ​​of democracy and freedom,” Tsai Chi-chang, vice president of Taiwan’s legislature, said in welcome.

The administration of US President Joe Biden has sought to tone down the volume on the visit, insisting there’s no change in America’s longstanding “one-China policy,” which recognizes Beijing but allows informal relations and defense ties with Taipei.

Pelosi said her delegation has “heft,” including Gregory Meeks, chair of the House Foreign Affairs Committee, and Raja Krishnamoorthi from the House Intelligence Committee.

She also mentioned Rep. Suzan DelBene, whom Pelosi said was instrumental in the passage of a $280 billion bill aimed at boosting American manufacturing and research in semi-conductor chips — an industry in which Taiwan dominates that is vital for modern electronics.

Rep. Andy Kim and Mark Takano are also in the delegation.