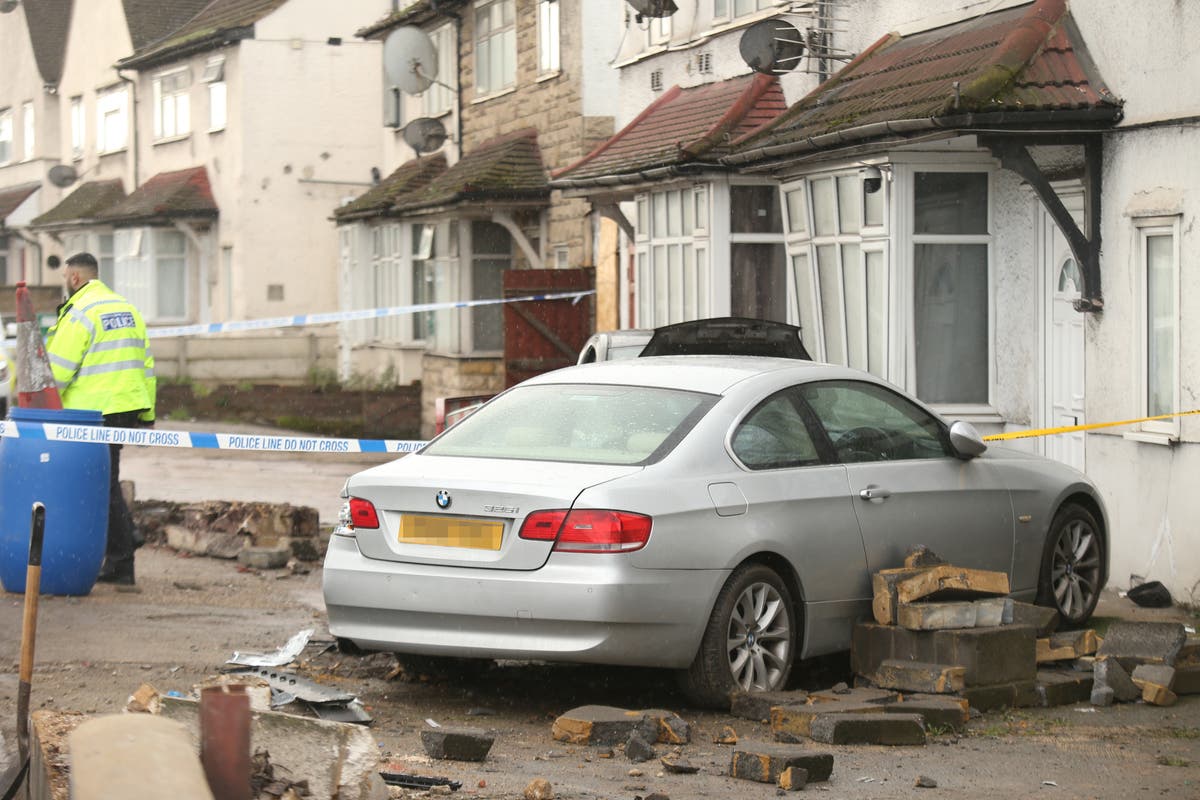 A pedestrian has been killed as a car crashed into a house in north-west London.

The collision occurred on the eastbound A406, the North Circular Road, in Neasden at around 9.48pm on Friday.

A BMW collided with the pedestrian, said to be a man in his 30s, before crashing into the house.

The crash caused “significant” structural damage to the building, the Metropolitan Police said.

A man in his 40s was arrested on suspicion of dangerous driving. He was taken to hospital where his condition is described as “non-life threatening”.

A passenger, a man in his 50s, is fighting for his life in hospital.

Lane closures remain in place on the A406 while emergency workers remove the car and make sure the building is safe.

Police are appealing for anyone with any information about the incident to call the Serious Collision Investigation Unit on 020 8246 9820, ref 7729 / 11mar.