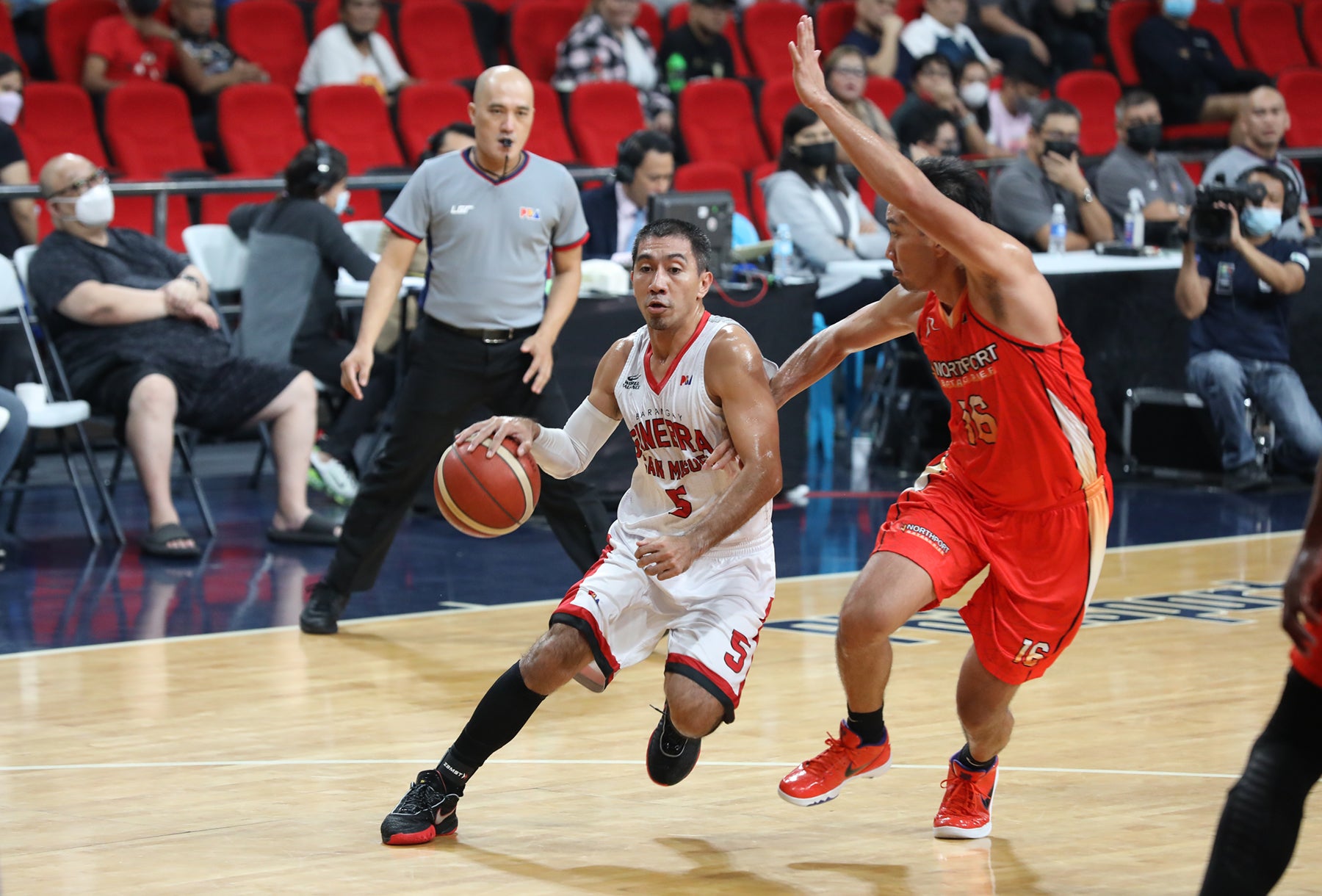 MANILA, Philippines—Taking all the enemy could offer on Saturday night, Barangay Ginebra buckled down and got to work in the most critical of times to dump NorthPort, 99-93, in the PBA Commissioner’s Cup quarterfinals at PhilSports Arena in Pasig City.

Led by its veteran LA Tenorio, the Gin Kings clawed back from an early 18-point hole and then doused the Batang Pier’s spirited try at a comeback down the stretch to arrange a semifinal showdown against corporate sibling but fierce rival Magnolia.

“He was struggling the whole game and all of a sudden bam! Bam! Bam! Without him we’re not gonna win,” head coach Tim Cone said of his seasoned playmaker, who finished with 14 points.

Resident import Justin Brownlee had 20 points to lead all of the crowd darlings. Scottie Thompson chipped in 15 more while Christian Standhardinger, Jamie Malonzo, and Stanley Pringle all added double figures.

Jeff Chan, a former Gin King, led the way for NorthPort with 20 points. Kevin Ferrer and Arvin Tolentino each pumped in 18 points while Robert Bolick 13, but with Prince Ibeh limited to just seven points and Will Navarro exiting the game due to a noncontact ankle injury, the NorthPort sputtered towards the end.

The close shave, naturally, prompted Cone to shoot for a better performance come best-of-five Final Four, which could begin on Wednesday at the earliest.

“If we played that way against Magnolia, it’s not gonna be much of a ‘Clasico,’” Cone said.

Is time in the G League in the Heat’s and Nikola Jovic’s best interest? – The Mercury News


Boosting marketing may be the key to weathering economic downturns