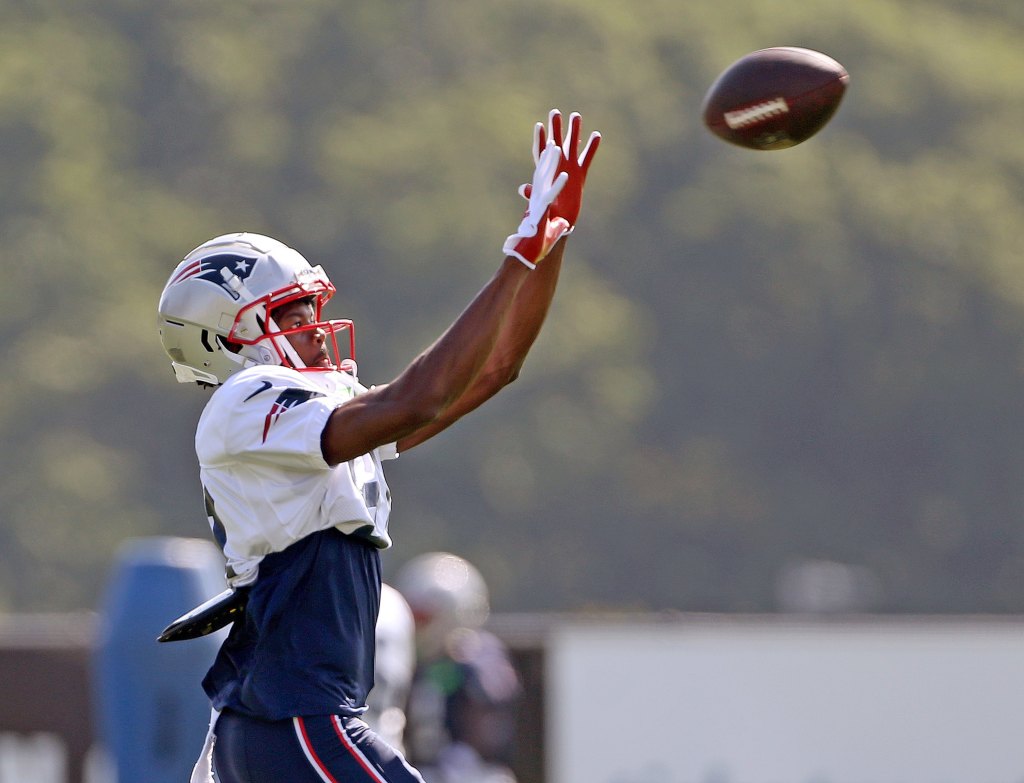 On Tuesday, during a 1-on-1 drill against the cornerbacks, Thornton tracked a pass from Mac Jones down the right sideline over Jalen Mills’ tight coverage. The speedster made a terrific, over-the-shoulder adjustment at the last moment to pull in the deep ball.

While it’s been an up-and-down ride for Thornton during team periods, the Patriots’ second-round pick shows serious promise. He’s impressed Jones, as well as his fellow receivers.

“I think Ty’s a hard worker,” said Jones. “He’s starting to really grasp some of the things we’re doing, and getting open. He clearly has the speed to get open.”

And that lightning speed — 4.28 in the 40 — has regularly been on display, especially during 1-on-1s against the corners. But it’s not just his speed that makes Thornton a potential contributor. He’s shown great concentration coming away with several contested deep balls.

On Monday, he made a great grab with Joejuan Williams basically in his back pocket. Nelson Agholor, who made a few highlight plays himself on Tuesday, likes what he sees from Thornton.

“I see a guy who’s working hard every day, he’s having fun. I think I like where he is mentally,” said Agholor. “He has a growth mindset and he practices really hard. He takes great notes. I think every day he’s just going to keep on getting better and that’s important for him and his journey.

The former Baylor wideout, who usually runs with the second offense, has come across as being serious-minded, and committed.