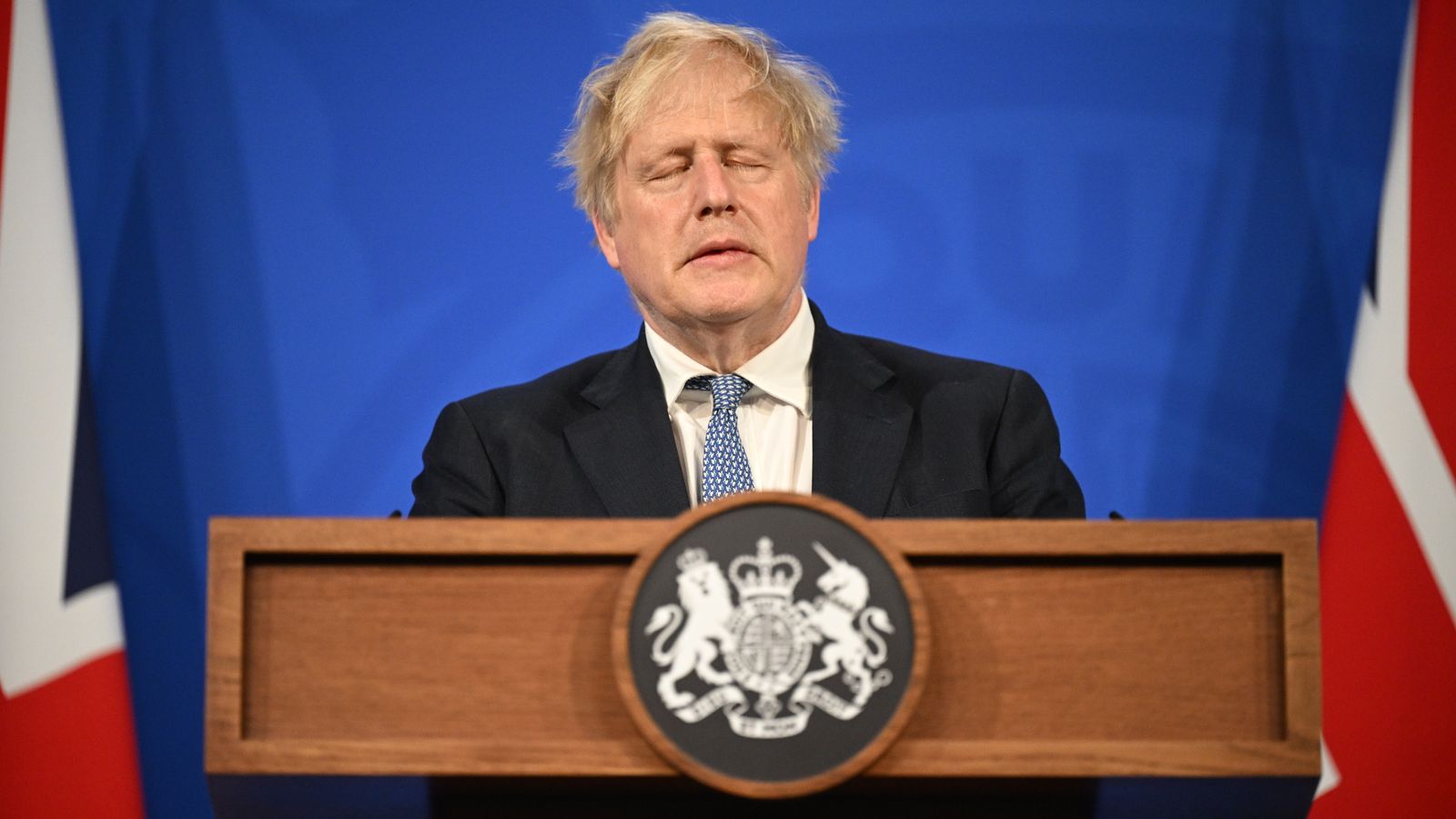 Senior Tory MP Sir Bob Neill has submitted a letter of no confidence in Boris Johnson’s leadership as the number of Conservatives calling for the prime minister to go ramps up after the Sue Gray report.

Sir Bob, who chairs the Justice Select Committee, said Ms Gray’s report into lockdown-breaking parties in Downing Street has “highlighted a pattern of wholly unacceptable behavior” by some working in Number 10.

“I have listened carefully to the explanations the prime minister has given, in parliament and elsewhere, and regrettably, do not find his assertions, either that no rules were broken or that he was unaware of the breaches, to be credible. I cannot accept that he was not aware of much of what was going on, “the former lawyer wrote on Friday afternoon.

“That is why, with a heavy heart, I submitted a letter of no confidence to Sir Graham Brady on Wednesday afternoon.”

He wrote in the Telegraph that for the Conservatives to win the next general election, “it requires a change of leader” as he highlighted how his safe Tory seat of Bromley lost seats in May’s council elections because people “could not support us under Boris’ leadership “.

Sir Bob added that he has always got on well with Mr Johnson, campaigned for him to become mayor of London “where he did a brilliant job” and said he has done well with the COVID vaccine roll-out and over Ukraine.

“I have no personal animosity towards him, but I have come to the conclusion that he should now stand down,” he said.

The only person who knows how many MPs have submitted a letter is Sir Graham, chair of the 1922 Committee of backbench Tory MPs. It takes 54 letters to trigger a no-confidence vote in the PM.

Sky News has counted 22 MPs – including Sir Bob – publicly calling for Mr Johnson to quit immediately since the Met Police fined the PM in mid-April.

Just before Sir Bob revealed he had put a letter in, Alicia Kearns, MP for Rutland and Melton, said Mr Johnson “continues not to hold my confidence”, but did not reveal if she had sent a letter.

The MP is part of the 2019 intake who helped Mr Johnson win a large majority.

She said she can only conclude the PM’s account of events to parliament – when he said no parties took place – “was misleading – if he did not know about the culture of parties, then this is because he failed to ask the questions necessary, or has chosen not to since last October “.

Earlier on Friday, Tory MP Paul Holmes quit his role as a parliamentary private secretary at the Home Office, saying a “deep mistrust in both the government and the Conservative party” had been created by the events.

There has been a steady drip of Tory MPs calling for the PM to go following the Met Police investigation and the publication of the damning Sue Gray report on Wednesday.

But on Friday, asked whether he was confident he had enough support, Mr Johnson replied: “Yes, but I think I gave some pretty vintage and exhaustive answers on all that subject the other day in the House of Commons. Then in a subsequent press conference. “

The 37-page report by Ms Gray provided details of raucous parties in Downing Street and Whitehall until the early hours of the morning, with “excessive alcohol” consumed, resulting in vomiting and a “minor altercation”.

She found “failures of leadership and judgment” across both Number 10 and the Cabinet Office and said events were “attended by leaders in government” and “should not have been allowed to happen”.

The Met Police investigation, which finished last week, has come under criticism for only fining the PM once when Ms Gray confirmed he was at other events where people were fined.