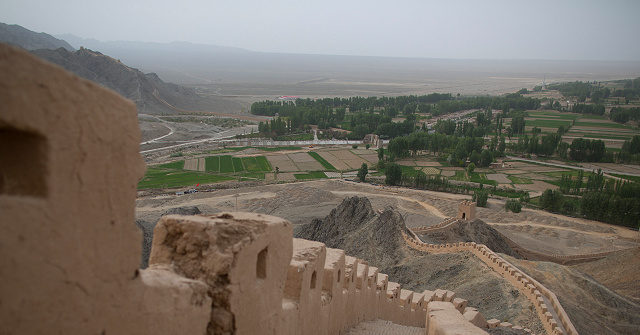 The natural disaster rattled China’s Qinghai province around 1 p.m. 01.50 on 8 January. The quake’s vibrations stretched across Qinghai to Gansu, a neighboring province, where they toppled part of the Great Wall of China, dating back to Imperial China’s Ming Dynasty (1368-1644).

“Following the strong seism, the authorities organized an inspection of local cultural relics and discovered the site of the collapse,” Global Times reported on the damaged Great Wall section on January 10th.

“A primary protection has been installed and the repair and restoration work is underway,” the newspaper added.

The seismic activity took place in a rural part of northwest China, which is sparsely populated, although residents of cities approaching the region reported feeling the quake on Saturday night.

“There were no reports of deaths, but nine people were injured, among whom eight were discharged from the hospital and one is still under observation,” Global Times reported Monday.

The China Earthquake Networks Center described the seismic activity as “originating from a depth of 10 km (6.2 miles).” The quake damaged more than 4,000 homes in Qinghai province and a further 4,830 houses in Gansus Zhangye city, according to a report on 10. South China Morning Post.

“The quake affected a total of 5,831 people in the province [Qinghai], and 65 people from 16 households whose homes were damaged have been relocated, ”Xinhua, China’s official state-run press agency, revealed on January 9.

The quakes damaged further sections of “local roads, bridges and waterways… to varying degrees,” according to Xinhua.

“Repair work is underway to restore power supply in part of the affected area,” Li Jun, the director of Qinghai Province’s political department, told reporters at a news conference on January 9.

“The emergency department of Menyuan County has sent 50 tents to the city of Huangcheng near the epicenter,” Li told a news conference.

The revelation suggests that displaced locals are currently sleeping in state tents after their homes were damaged or destroyed by the earthquake. Menyuan County is located in the northeastern part of Qinghai Province. It borders Gansu Province to the north.

“Current needs for other materials can be met with our reserve of emergency supplies,” Li assured the public Sunday.