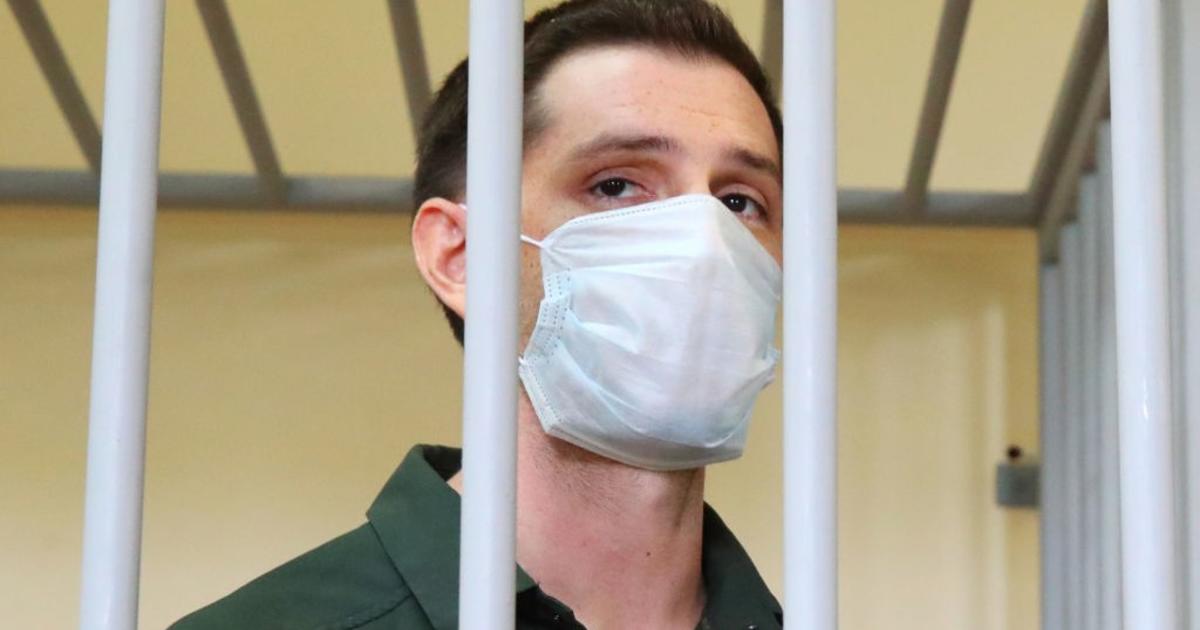 The parents of Trevor Reed, a former US Marine serving a nine-year prison sentence in Russia, demanded Russian authorities provide evidence that their son is still alive.

Reed, who has been detained in Russia since August 2019, has not been heard from since a phone call to his girlfriend on Friday and has been in “rapidly declining health,” Joey and Paula Reed said Wednesday, while also calling on the Biden administration to help bring their son home.

“Our son is out of time,” Reed’s parents said in a statement. “With each passing day lost to ‘deliberations’ the risk of our son becoming the next Otto Warmbier grows significantly. ”

Warmbier died in 2017 after being released from captivity in North Korea.

Reed had been on a hunger strike since late March to protest the conditions of his detention. The Federal Penitentiary Service for the Mordovia region, where Reed is imprisoned, said Monday that he had ended his hunger strike a few days earlier and had been transferred to a prison medical facility.

But Reed’s parents said they have been unable to confirm that he ended his hunger strike or that he was transferred to a prison hospital.

“The last time Trevor went silent while allegedly in a ‘hospital,’ Russian authorities ‘accidentally’ ‘misplaced’ him for 9 days in a psychiatric ward at the infamous Butyrka prison where he was badly mistreated and held in shocking conditions with dangerous inmates, including murderers, in a cell with walls covered in feces, “they said.

Reed’s parents previously told CBS News they believe he is suffering from active tuberculosis as well as a rib injury and denied that their son is getting the necessary medical care.

“He’s coughing up blood. He’s still running a fever occasionally. He feels horrible, and now he says he can see something protruding outside of his – where he thinks his rib is broken,” Paula Reed told CBS News on Friday after she and her husband met with President Biden.

The couple protested outside the White House on March 30 to bring attention to their son’s case and were invited inside for a meeting with Mr. Biden. The Reeds said Mr. Biden “was very gracious” and listened to them talk about their son’s health and prisoner swaps.

Reed was sentenced in 2020 after being convicted of assaulting two Russian police officers on a drunken night out in 2019. Reed has said he has no recollection of the incident and pleaded not guilty. The US government also raised concerns about the fairness of his trial.

The White House has said Mr. Biden is committed to securing the release of Reed and Paul Whelananother former US Marine imprisoned in Russia on espionage charges that the US and his family say are fabricated.

Professional basketball player Brittney Griner has also been held in Russia since mid-February on drug charges.

Caitlin Yilek is a digital producer for CBS News. Reach here at caitlin.yilek@cbsinteractive.com. Follow her on Twitter: https://twitter.com/hausofcait