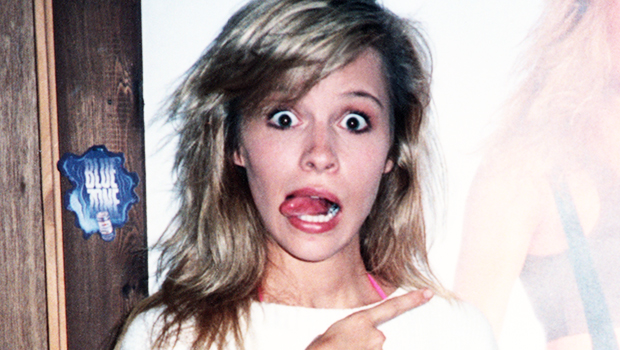 Fans of Pamela Anderson, 55, got their first glimpse into the beloved Baywatch star’s upcoming Netflix documentary on December 13. Netflix released several photos from Pamela, a love story, which comes out January 31. One of the images shows Pamela sticking her tongue out in her younger years. There’s also an old photo of Pamela holding one of her sons, either Brandon Thomas Lee, 26, or Dylan Jagger Lee, 24, when they were a baby.

Emmy-nominated filmmaker Ryan White is directing Pamela’s Netflix doc, which was announced back in March 2022. He told Vanity Fair that the former Playboy model did interviews and “answered his questions for hours on end” for the doc, which will feature home movies from Pamela’s life. Ryan also confirmed that Pamela and her ex-husband Tommy Lee‘s sex tape scandal will be discussed in the doc, after Hulu created the series Pam and Tommy (starring Lily James and Sebastian Stan) about the scandal without Pamela’s permission.

Pamela confirmed to Vanity Fair via email that she found out about Pam & Tommy while filming the Netflix doc. “Nobody knew the truth—even I don’t know 100% of what happened, but I think what is most important is to share my human feelings and how much it hurt and how it undeniably defined me moving forward—in my career and my relationships,” she said. Pamela also revealed that her son Brandon convinced her to do the documentary. Brandon is a producer on the doc and appears on camera.

“Brandon can talk me into anything with his sincere heart and a fierceness that only a son could have,” Pamela said to Vanity Fair about her older son, who she shares with Tommy Lee. “He wanted to tell my story, authentically and without distortion.”

Director Ryan White praised Pamela for how open she was in the “hundreds of hours” that she filmed for the doc. “There’s no calculation with how [Pamela] thinks about these types of things,” Ryan said. “It’s all just about being raw and honest, for better or worse. It made for a really emotional film and I’m really grateful that I got to work with someone like that.” The Netflix doc will be released the same day Pamela’s memoir, Love, Pamela, comes out.

‘Wednesday’ On Netflix: Season 2 News & More You Need To Know

How Healthcare Organizations Can Streamline Workflows as a Cost-Saving Initiative


After leaving game vs. Steelers, Ravens QB Tyler Huntley returns to practice but remains in concussion protocol – The Mercury News