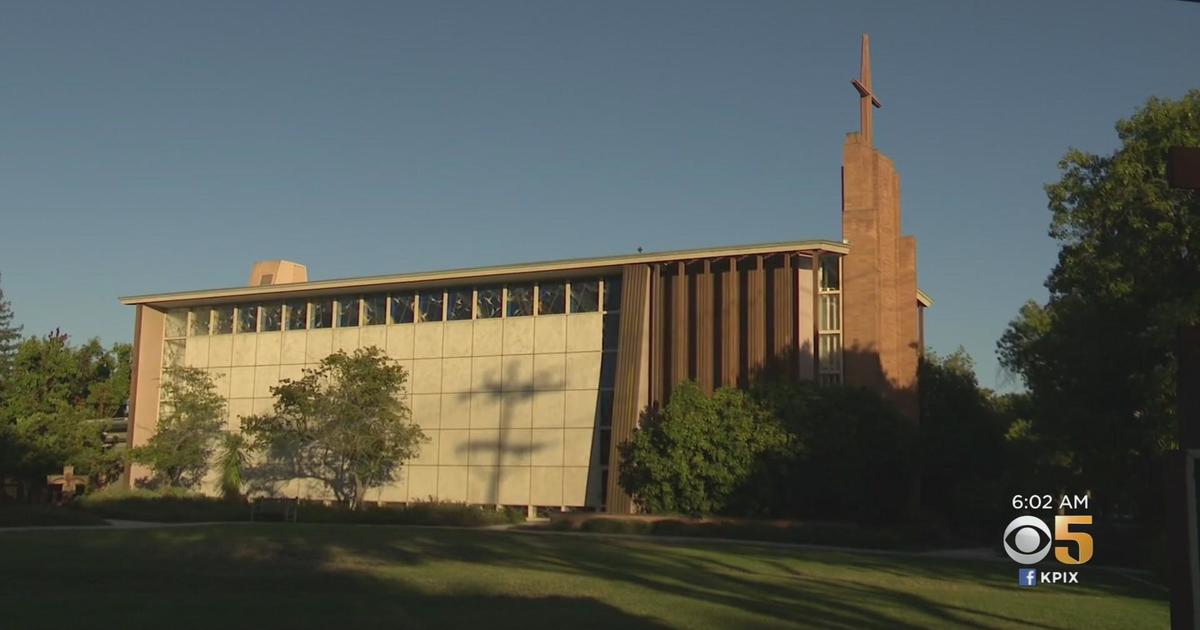 PALO ALTO — A battle is brewing over a church in Palo Alto trying to help the poor by allowing homeless people to park their vehicles and sleep in a church parking lot.

Is it a case of NIMBY-ism in the wealthy town of Palo Alto, or is the church refusing to compromise with its neighbors?

Some neighbors are trying to block the First Congregational Church of Palo Alto, located at the corner of Louis Road and Embarcadero Road, from allowing vehicle dwellers to park in their back parking lot overnight.

“The porta potty is going to be right here, sort of backed up against this shed. And then we’ll have parked cars in every other parking spot,” explained First Congregational Church Associate Pastor Rev. Eileen Altman.

Rev. Altman said the plan is to allow four passenger cars to drive into the back lot no earlier than 7 pm so the people inside can sleep at night and leave by 7 am every morning.

“This is sort of safe, stopping place along the journey to permanent housing,” said Rev. Altman.

She said the church doesn’t make any money from the so-called “safe parking” program. It serves like temporary housing. During that time, she said a non-profit helps the vehicle dwellers look for permanent housing.

“This has been a challenging journey,” said Rev. Altman.

She said their good deed has come under four. Many neighbors said those four parking spaces are too close to their homes, about 20 feet away from some of the neighbors’ back yards.

“[What separates us] is just this fence. They’re planning to put the restroom right on the other side,” said a neighbor who declined to provide his name.

In fact, none of the neighbors KPIX talked to wanted to show their face on camera or provide their names. Many neighbors said they’re not against the idea. They’re against the location.

They want the church to use the large front parking lot for the homeless to park and sleep, not the back lot, so there’s more buffer between them and the vehicle dwellers.

“We are immigrants. We come from a poor country. We are not against giving a hand to people in need. Our main concern is that we have three girls here in the house, one kid. There might be a safety issue here,” said the neighbor.

Many neighbors also want a background check on the homeless to screen out convicted sex offenders and violent criminals.

But Rev. Altman said the non-profit they work with will make sure the people sent here aren’t dangerous.

Some supporters of the program blame the elitist attitude and said people who live in nearby $3 million homes simply don’t want to deal with the homeless.

“I think NIMBY-ism is one manifestation of fear. And we’re afraid of change. We’re afraid of something that we don’t know how it’s going to play out,” said Rev. Altman.

The Palo Alto city council will vote on the safe parking program on Monday.