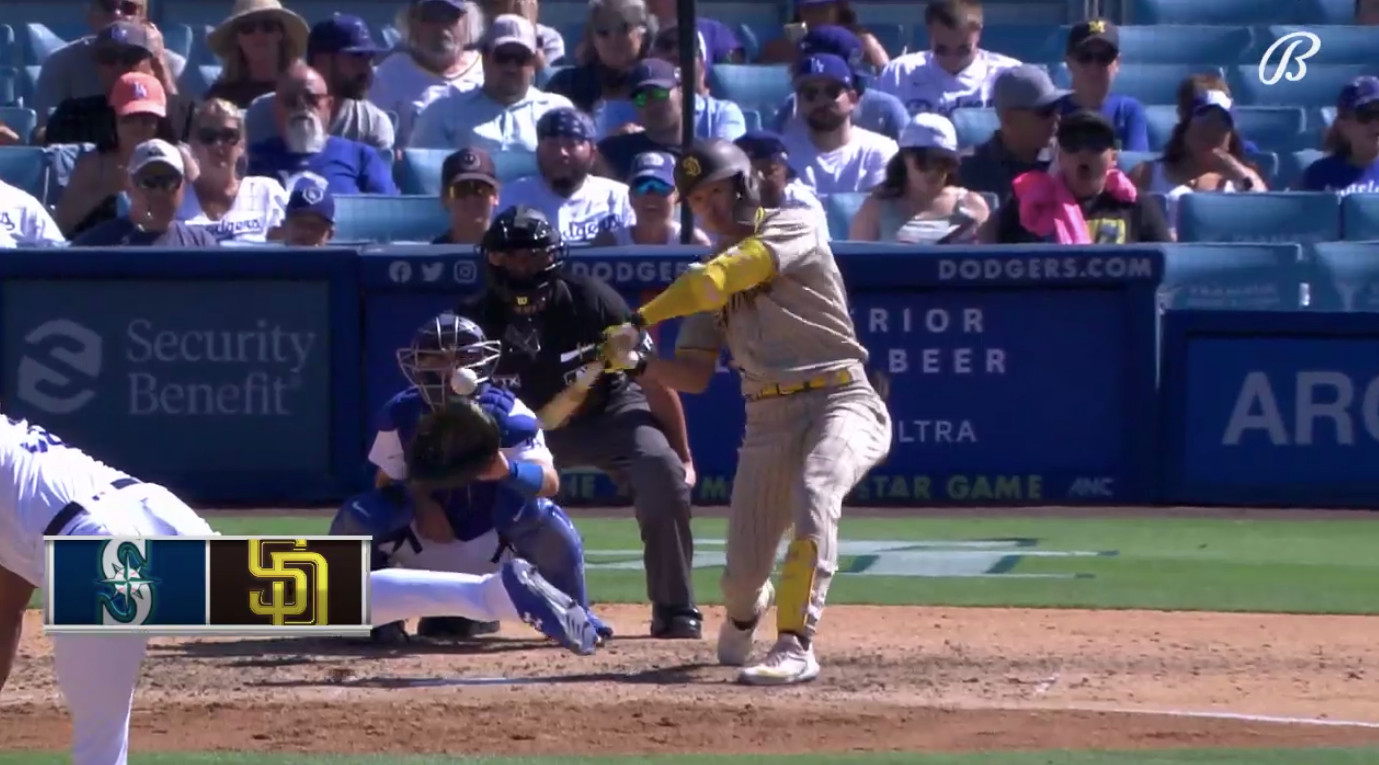 The Padres, thisclose to being swept in Los Angeles, salvaged a win Sunday in a 4-2 comeback against the Dodgers.

After three straight losses in LA, the Padres, trailing 1-0, were down to their final two outs when Jake Cronenworth smashed a line drive off the back of Dodger Craig Kimbrel and just beat the closer’s throw to first.

After that, the Friars got to Kimbrel, who had saved the first game of the series. Luke Voit doubled off the top of the bullpen gate in left to drive in Cronenworth and tie the game. Eric Hosmer followed with a single to bring in CJ Abrams, who had run for Voit.

Kimbrel gave way to Yency Almonte, who struck out Jorge Alfaro, but then gave up a two-run homer to Ha-Seong Kim to complete the turnaround and give the Padres a 4-1 lead.

“When you’re facing these guys any kind of insurance runs are huge,” Hosmer said.

He turned out to be right because the Dodgers mounted a rally against Taylor Rogers in the bottom of the ninth, getting one run back. But the Padre closer retired Will Smith on a ground ball to Cronenworth to end the threat and log his 23rd save.

With the win, the Padres left LA 3.5 games behind the Dodgers in the National League West rather than 5.5. They also snapped a nine-game losing streak at Dodger Stadium.

“This was a huge swing for us to win this game today,” manager Bob Melvin said.

Kimbrel took the loss. Nick Martinez, who pitched two-plus innings in relief of starter MacKenzie Gore, got the win.

The Padres return home Monday to begin a six-game home stand with a quick series against the Seattle Mariners. Sean Manaea and Mike Clevinger get the starts for the Friars.

The team takes Wednesday off before welcoming the San Francisco Giants to Petco Park.