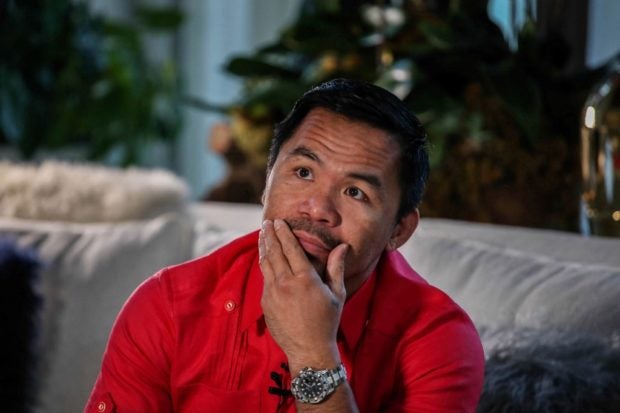 Manny Pacquiao, a scrawny bundle of punching energy in the early 1990s, used to be one of the biggest draws of “Blow-by-Blow” cards during the height of the fight program’s popularity.

The sport’s only eight-division champion is still the event’s biggest name as he spearheads its return after a five-year pause. The ring icon, however, hopes it won’t be long before the next superstar fighter emerges from the ranks of the fighters ready to take their shot in the resuscitated project.

“My decision to revive ‘Blow-by-Blow’ is for the long run and I hope the public will join me in the search for the next Filipino boxing hero,” Pacquiao, a former senator, said on the eve of the program’s reboot on Sunday night at Mandaluyong City College.

On the main event of the 64-round card is former youth amateur Criztian Pitt Laurente, whose name recall hardly rings past hardcore fight fans — for now. Pacquiao hopes that by putting eager fighters under the spotlight, they will not only find their way into mainstream recognition but also whet the public’s appetite for intense ring action.

“I am truly excited to be in the presence of these ambitious young fighters,” Pacquiao said.

Once the top draw of the event with his colorful personality and raw power, the future Hall-of-Famer is spearheading the revival of the local boxing promotion. In his corner are two-time world title champion Gerry Peñalosa, who Pacquiao assigned to handle event logistics, and seasoned matchmaker Art Monis.