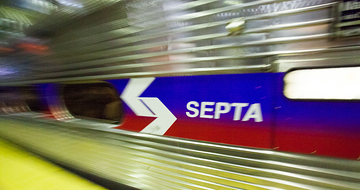 A Delaware County man convicted for his role in a scheme that defrauded SEPTA out of over $ 1 million was sentenced to more than two years in federal prison.

Mark Irvello, 57, of Broomall, was sentenced to 30 months on Tuesday after pleading guilty to theft, bribery and wire fraud charges in February, the Delco Times reports. He owns MSI Tool Repair and Supply in Upper Darby.

Irvello is one of nine men prosecutors say exploited SEPTA’s procurement process for nearly a decade. Seven of them were managers in the agency’s Building and Bridges Department.

The scheme involved Irvello and another vendor for SEPTA – Stanley Woloff of Philadelphia and his company Advantage Industrial Supply – abusing the system the agency uses to pay for repairs at its facilities across the region, authorities say.

All managers in the BBD are issued a procurement card or “P-Card,” which are essentially credit cards used to pay for legitimate work supplies.

Between 2013 and 2019, Irvello and Woloff paid between $ 1,000 or $ 2,000 per month to SEPTA’s former Senior Director of Maintenance David Abell, 72, of Chincoteague Island, Virginia, for the opportunity to overcharge the agency through the P-Card system.

The vendors would hide the scheme by combining fraudulent and legitimate charges. This included billing SEPTA for more of a product than the agency received.

Abell would encourage others in his department to procure from Irvello and Woloff, which helped them expand their businesses.

Abell and Woloff have also pleaded guilty to fraud and bribery charges. A prior sentencing date for Abell was canceled and has not been rescheduled. Woloff is scheduled to be sentenced on May 31.

Six other managers who worked in Abell’s department at SEPTA were charged: Stephen Kish, 65, and Jesse Fleck, 43, of both Philadelphia; Rodney Martinez, 50, of Blackwood, NJ ;, Peter Brauner, 58, of Kintersville; James Turner, 59, of Horsham; and John Brady, 60, of Blue Bell.

Martinez, who replaced Abell in 2016, maintained the scheme and accepted nearly $ 150,000 in bribes from Irvello and Woloff.

The other men also solicited cash and personal items in exchange for fraudulent billings. Some of them used the money to buy an ATV, tools, golf coins and more.

Kish had Irvello make $ 225,000 in fraudulent purchases on his behalf and allegedly laundered some of these proceeds through real estate investments.

All the former SEPTA employees have pleaded guilty to the theft, bribery and wire fraud charges they faced.