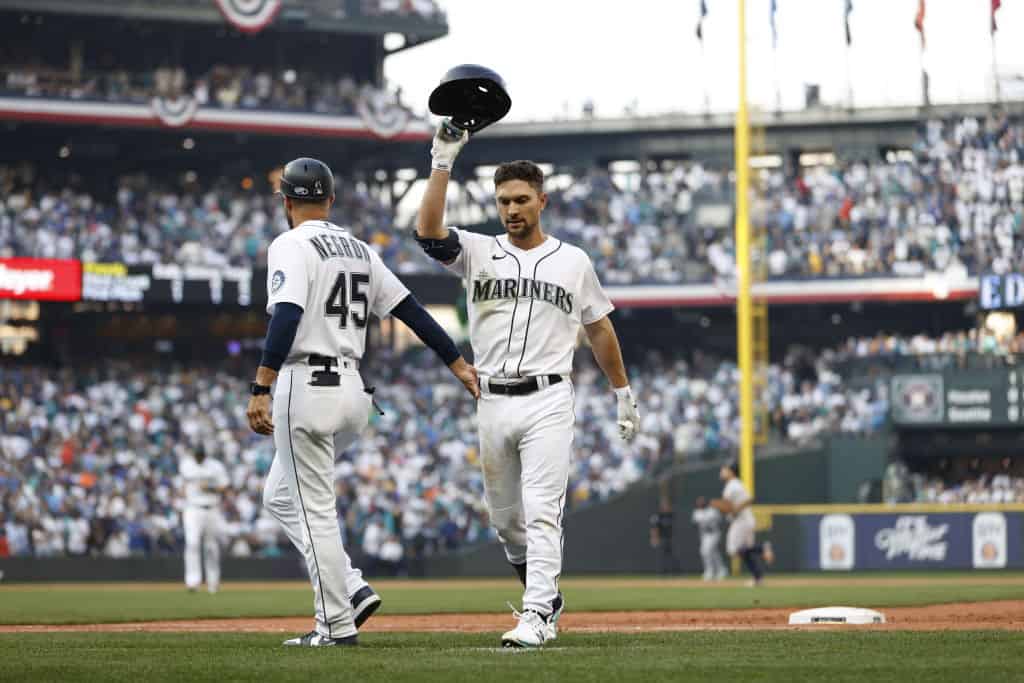 The New York Yankees, Toronto Blue Jays, Tampa Bay Rays, and Boston Red Sox have all made moves to improve their 2023 chances during the offseason.

It was time for the Baltimore Orioles to do something, too.

They had already secured starter Kyle Gibson, but they brought in an offensive piece on Thursday.

The Baltimore Orioles are signing Adam Frazier to a 1-year, $8M deal, per @JonHeyman pic.twitter.com/PZgZVmiZ0B

When he is at his best, Adam Frazier is a well-rounded batter who has the ability to hit for average and show some modest power.

He was an All-Star selection in 2021, but had a horrendous 2022 campaign with the Seattle Mariners.

Frazier Will Look To Bounce Back

The Orioles will surely employ him in some sort of super-utility role, given his ability to play second base and the outfield corners.

The Orioles finished 83-78 in 2022 and are looking to bring in some impactful pieces to start competing next year.

Their contention window might be opening, and Frazier is a good add in the sense that it is only a one-year deal.

If he struggles, they are not tied to him on a long-term deal, and if he bounces back and has a great performance next year, they will have a whole season to impress him and show him why he belongs in Baltimore.

It might not be a superstar, but it’s good to see the Orioles making moves with winning in mind.


How to Use Apple Music Sing