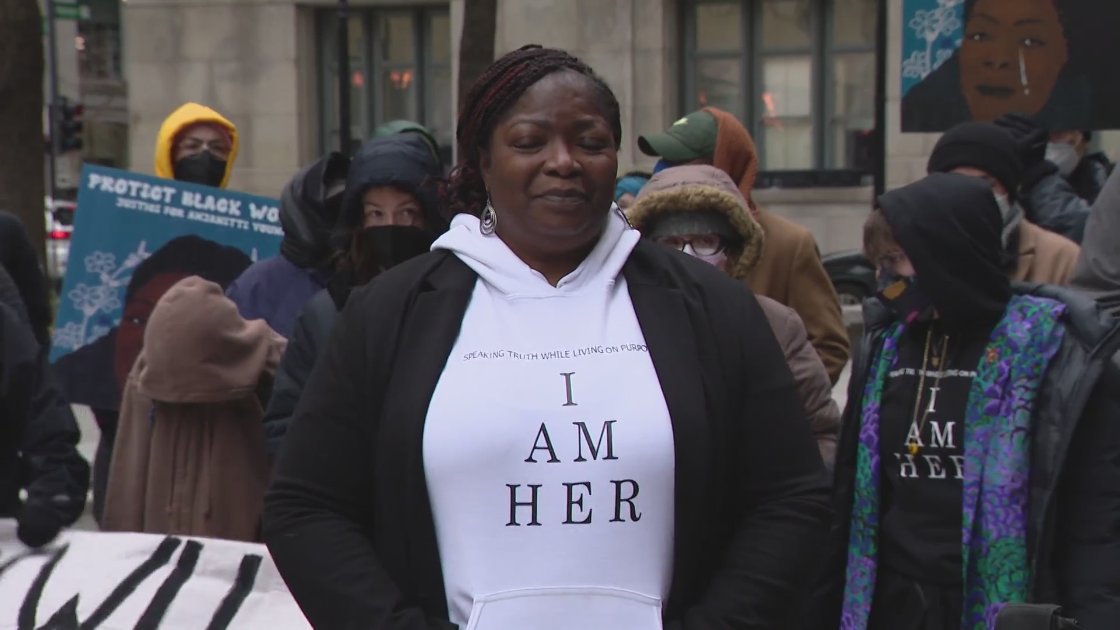 CHICAGO – Activists gathered outside City Hall Saturday to demand the passage of an ordinance that would ban no-knock and unannounced raids, an issue ignited by CPD’s wrongful raid of Anjanette Young’s home in February 2019.

Young was just home from work and naked when Chicago police improperly served a search warrant.

After telling officers multiple times they were in the wrong home, Young remained handcuffed while naked or partially covered in front of officers for nearly 10 minutes before being allowed to dress and be handcuffed again.

Police raided the wrong address based on information from an informant.

“It was at that moment that I knew God gave me an assignment to fight not only for myself, but others with similar experiences,” Young said.

In December 2021, Chicago City Council approved a $ 2.9 million settlement with Young, who is a social worker.

In 2021, Mayor Lori Lightfoot issued an order to ban certain no-knock warrants, with the issue now in front of City Council.

Right now, just 20 members have signed on to the ordinance that would include a ban on no-knock, unannounced raids, a ban on warrants from single-source informants and a requirement for all officers to turn on body cameras during a search warrant, with footage being quickly available to the public.

The measure needs at least 26 votes to pass.

“I would like to see all 50 of us be able to sign on to an ordinance that simply codifies in law that we respect people. That our public servants are going to the least harm in the course of their duty, ”49th Ward Ald. Maria Hadden said.