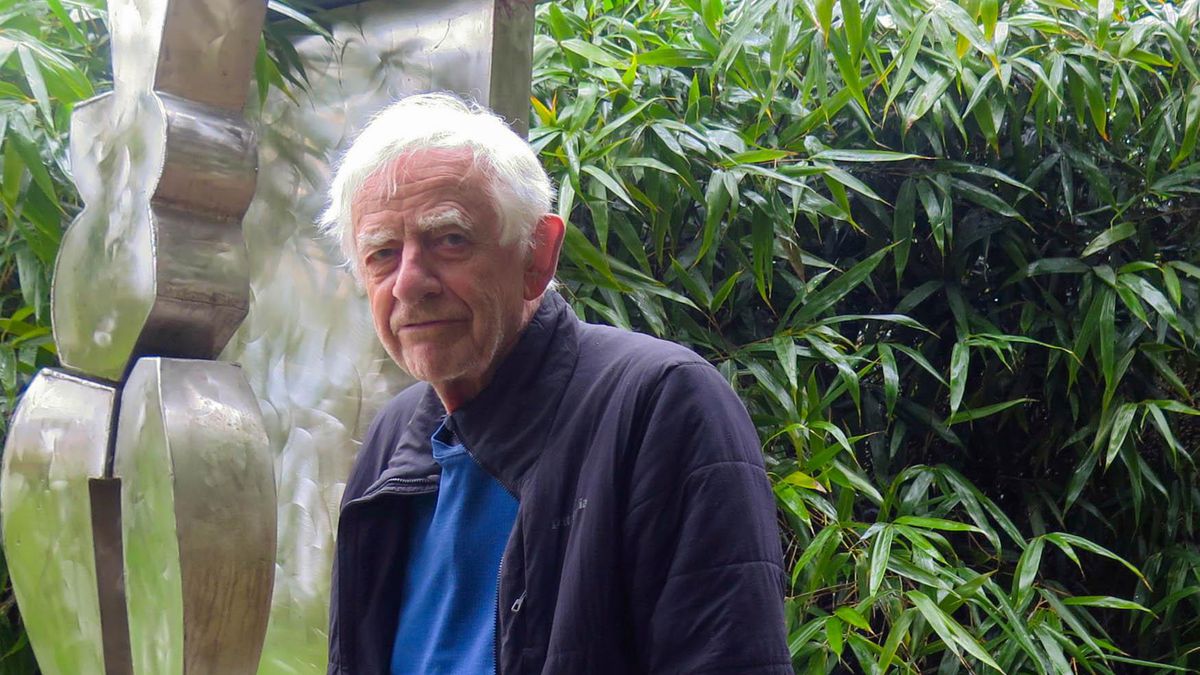 Lee Kelly, an artist whose monumental steel sculptures grace gardens and museums across Oregon and beyond, died of natural causes Monday at Leland Iron Works, his home and studio. He was 89.

For more than six decades, Kelly worked primarily at his home studio on the site of a lush, five-acre 1920s dairy farm in Oregon City. Kelly and his late wife, the artist Bonnie Bronson, purchased the farm in the early ’60s, transforming it into a workplace and sculpture garden.

He later spent many years partnered with the late Susan Hammer, who served as a member of OPB’s board and was a co-chair and supporter of OPB’s Campaign 2022.

Kelly’s works include the “Memory 99” in Portland’s Northwest park blocks, the steel lattice of “Akbar’s Garden” at the University of Oregon, and “Akbar’s Elephant” in the lobby of Portland’s Fox Tower.

His “Lupine Fugue,” fabricated in gleaming stainless steel, is the most central and visible piece in the Oregon Garden, an 80-acre labyrinth of botanical wonders outside Oregon City.

Listen to an episode of the OPB podcast “State of Wonder” that featured Kelly’s work, below: