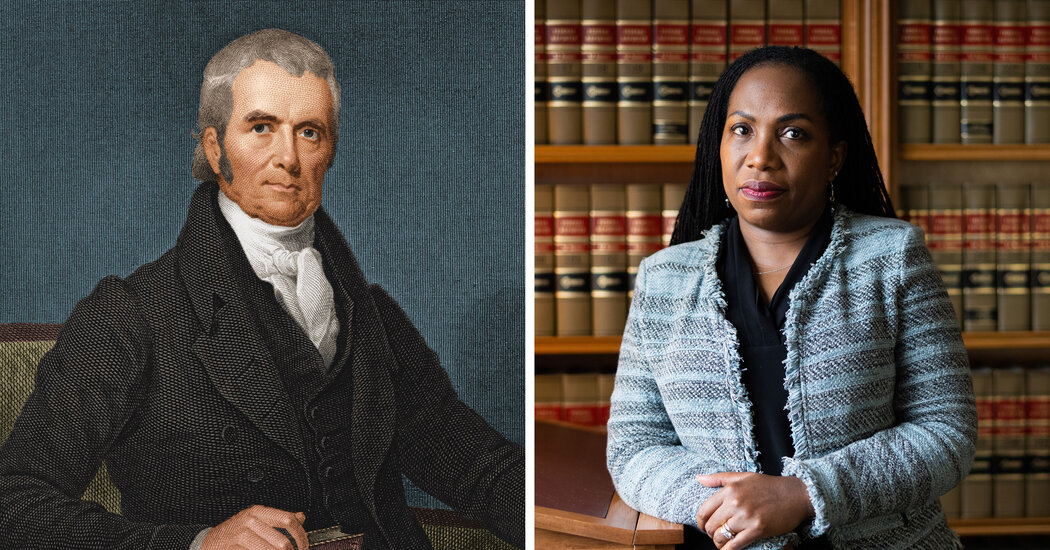 Otis published his views in a pamphlet, “The Rights of the British Colonies Asserted and Proved,” which became influential throughout the colonies during the Stamp Act crisis several years later, as judges and juries used his arguments to declare the act void, if not a violation of those “Fundamental Principles” of British law.

“Lawyers up and down the Atlantic coast advanced this argument during the fall, winter, and spring of 1765-1766,” Nelson writes. “And every court that accepted the argument made the argument less marginal and brought it increasingly into the mainstream of American constitutional thinking.”

Judicial review continued to take shape in the years after independence. A number of cases – in Virginia, New Jersey and North Carolina – dealt with the question of what to do when the act of a legislature appeared to violate the state constitution. In one case involving the pardoning of three Loyalists who had been convicted of treason, George Wythe of the Virginia Court of Appeals stated his view that he had a “duty to protect a solitary individual against the rapacity of the sovereign” as well as to ” protect one branch of the legislature, and consequently, the whole community, against the usurpations of the other. ” If the time came to overturn a law, he said, “I shall feel the duty; and, fearlessly, perform it. ”

By the time of the Philadelphia Convention in 1787, judicial review was an established part of American jurisprudence. It was also controversial, opposed on democratic grounds. One delegate, John Dickinson of Pennsylvania, thought “no such power could exist.” John Mercer of Maryland, likewise, said that he “disapproved of the Doctrine that the Judges as expositors of the Constitution should have the authority to declare a law void.” And James Madison, the most influential figure at the convention, thought the practice would make “the Judiciary Department paramount in fact to the Legislature, which was never intended and can never be proper.”

Madison’s push for a federal “negative” on state legislation – a congressional veto on any state law that contravened “in the opinion of the national legislature the articles of union” – was in essence an attempt to put the power of judicial review into the hands of an elected and representative body, rather than an unelected tribunal. This was also true of his plan for a “council of revision” that would have the authority to examine and possibly veto every act of the national legislature. (Both plans, for what it’s worth, are testaments to the deep hostility Madison felt for state governments at this point in his life.)

The convention rejected both proposals in favor of what would become the Supremacy Clause of the Constitution, which elevated federal law over state law and gave the federal judiciary the power to enforce compliance. And although the delegates did not discuss judicial review at length during the convention, it was this decision that essentially guaranteed the Supreme Court would develop something like it.