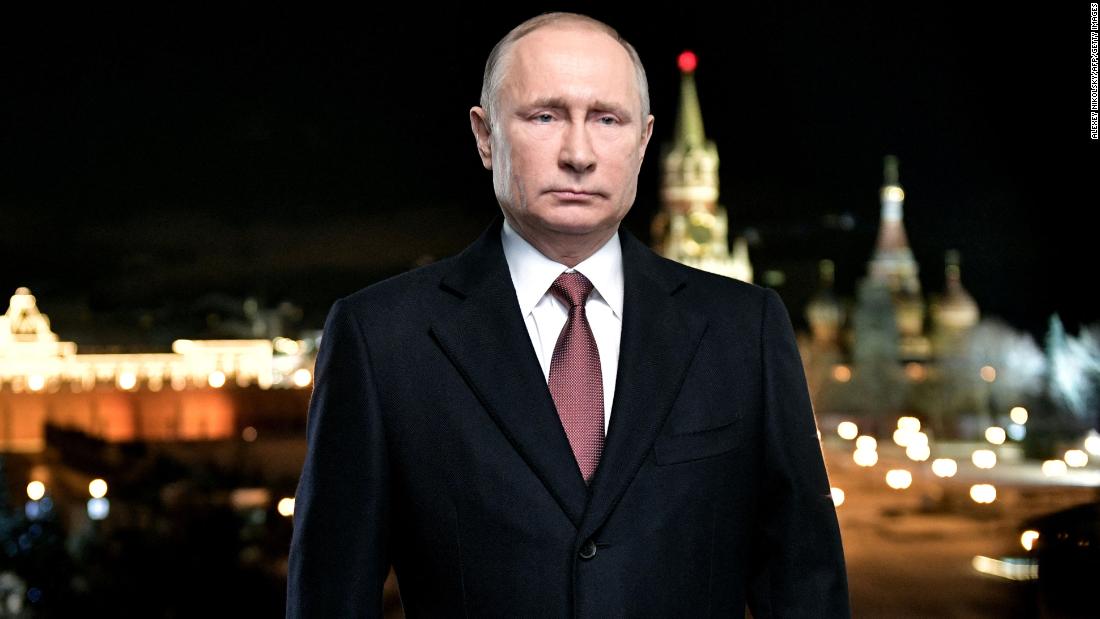 The ratcheting-up of sanctions on Russia gives the world the illusion that real action is taking place on Ukraine, but will they have any effect on Putin’s decision-making? History suggests that this is quite unlikely.

Indeed, the whole theory behind sanctions is fundamentally flawed since it assumes that strongmen like Putin will change their policies if enough pain is inflicted on them, their cronies and their populations.

This theory was outlined by an anonymous senior Biden administration official who explained to CNN on Wednesday that as a result of the escalating sanctions on Russia, Putin would eventually have to reckon with his people.
Well, maybe. Strongmen typically do not give much of a damn about the feelings of their people and preside over governments that prohibit a free press and free assembly. They also generally have accumulated vast mountains of ill-gotten wealth in their own countries and therefore may no longer need access to the international financial system to maintain their extremely well-feathered nests.
Let’s not forget that after Putin seized Crimea from Ukraine in 2014, Russia was subjected to a range of sanctions by the US and the EU. Those sanctions did nothing to deter Putin from holding on to Crimea, nor from conducting a proxy war in the Donbas region of eastern Ukraine for eight years during which more than 14,000 people were killed.
For many years the US and the UN have imposed increasingly punitive sanctions on the regime of North Korean dictator Kim Jong Un, which have not derailed Kim from continuing and even expanding his nuclear program.
Meanwhile, for more than a decade, Syrian dictator Bashar al-Assad has imprisoned, tortured and murdered vast swaths of his own population despite an ever-escalating set of US sanctions that began in earnest in 2011 when the Syrian civil war first broke out. Today, Assad has effectively won that war.
In the years before the 9/11 attacks, the UN sanctioned the Taliban because they were sheltering al Qaeda. None of this deterred the Taliban from continuing to host al Qaeda, which launched the 9/11 attacks from Afghanistan.
Now, of course, the Taliban are back in power in Afghanistan. More than half of the cabinet-level appointees to the Taliban government that were announced in September have some form of UN sanction against them. None of that stopped the Taliban from announcing last month that girls over the 6th grade could not attend school.
For its part, the Trump administration ratcheted up sanctions against the socialist authoritarian regime of Nicolás Maduro. Today, Maduro remains in power while the Venezuelan population is increasingly immiserated.
This is one area where sanctions do tend to take a toll: they impoverish the populations of the countries targeted by the sanctions.
Exhibit A for this is Saddam Hussein’s Iraq. After Saddam’s invasion of Kuwait in 1990, the UN imposed sanctions on Iraq. Almost a decade later, the Red Cross found that in Iraq “salaries are as low as US $ 2 a month, there is around 50% unemployment.” Meanwhile, Saddam’s hold on power remained as tight as ever.
And do not even get me started on Cuba, which the US has sanctioned since the Kennedy administration. Cuba is now experiencing its worst economic crisis in three decades, while the Communist Party remains in control of the island, six decades after US sanctions first kicked in.
To be fair, “smart” actions on the Iranian regime that made it difficult for Iran to plug into the international financial system did bring the Iranians to the negotiating table during the Obama administration. That led to the nuclear deal in 2015 that halted the development of Iran’s nuclear weapons program.
But when the Trump administration pulled out of the nuclear deal and re-imposed tough sanctions on Iran, the Iranians expanded their nuclear program and are closer now to having a nuclear weapon than at any time in the past.
One of the only cases where sanctions seem to have produced their intended outcome was against the apartheid regime in South Africa. International sanctions seem to have contributed to South Africa’s decision to end apartheid in the early 1990s.

Instead of turning the Russian population against Putin, the war in Ukraine and sanctions imposed by the West, seem to have produced a rally-around-the-flag effect for the Russian leader.

An independent Russian poll released at the end of March found that 83% of Russians approved of Putin’s actions, which is up from 69% in January. Even considering that some Russians may tell pollsters what they feel they are supposed to say, Putin appears to be more popular today than he was at the beginning of the year.

The “reckoning” that Putin is supposed to face from the Russian people does not appear to be in the works, as yet. That, of course, could change as the US and its allies are imposing on Russia what are some of the most stringent sanctions ever imposed on any state. But if the West wants to do something effective to undermine Putin’s war in Ukraine, sanctions are unlikely to be effective tools.

What would likely be effective – in addition to continuing supplying anti-tank Javelins and Stinger missiles that are effective against helicopters — is to arm the Ukrainians with as many S-300 missiles as feasible, according to a group of senior retired US military officials and Eastern European former ministers of defense who published an open letter to this effect last month.
The S-300s can bring down high-flying Russian jets and ballistic missiles, which would create a de facto no-fly zone over Ukraine that would fall short of instituting a formal no-fly zone enforced by jet aircraft, a measure that the US and NATO have rejected as too provocative to nuclear-armed Russia.

Sanctions are feel-good measures for the sanctioning states, but they mostly inflict pain on the populations of the sanctioned, while leaving their rulers in place atop their piles of ill-gotten loot and determined to work their will.