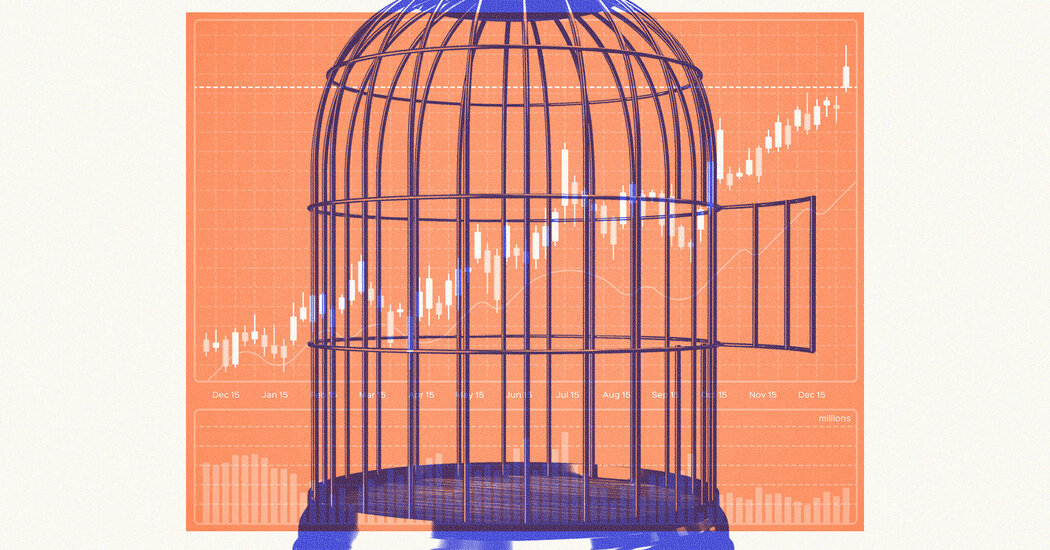 Capitalism and free enterprise might seem synonymous, but Americans do not view them the same way. According to Gallup, only about 60 percent of Americans have a positive image of “capitalism,” while 84 percent view “free enterprise” positively.

That distinction makes sense to Clifford Winston, a senior fellow at the Brookings Institution. “‘Free markets’ is an unambiguous term, which implies a lack of inappropriate government intervention as consumers and firms pursue their own interest in a competitive environment,” he wrote to me in an email on Friday. “So, I certainly support free markets.” In contrast, he went on, “‘capitalism’ does not necessarily exclude what is known as crony capitalism, where firms take advantage of the government to get an unfair advantage.”

I’ve been exchanging emails with Winston about his advocacy for free markets and deregulation for several months and I decided it was time to write a newsletter about his ideas, because even though I do not agree with everything he says, he makes some strong points that I think readers would benefit from hearing.

Winston, who has a doctorate in economics from the University of California, Berkeley, and has been at Brookings since 1984, has written, co-written or coedited 16 books and has had scholarly articles published in top journals such as The American Economic Review. His latest book, “Gaining Ground: Markets Helping Government,” came out last year.

Winston cites the rapid development of Covid vaccines as an example of how markets can compensate for flaws in governance. Much of the federal government, including the White House and the Centers for Disease Control and Prevention, underreacted to Covid, Winston writes in “Gaining Ground.” After at first underestimating the risk of Covid, the Trump administration tried to drum up domestic manufacturing of medicines, pharmaceutical ingredients and masks that were readily available abroad at lower prices, he writes.

The private sector came to the rescue as drugmakers rapidly developed effective vaccines, Winston writes. He gives some of the credit for the vaccines to the Trump administration’s Operation Warp Speed ​​effort, but faults the government for then botching the deployment, partly by not adequately opposing anti-vaccine messaging.

The toilet paper shortage of 2020 was another pandemic development that looked like a market failure at the time but was actually solved by market forces, Winston argues. The shortages occurred because the pandemic broke supply chains and fearful consumers hoarded supplies, but profit-seeking companies quickly found ways to ramp up production and fix distribution to fill unmet needs, he says.

Market forces also could have helped in December when thousands of domestic flights were canceled during the outbreak of the Omicron variant, he argues. He says the government should end regulations that prohibit foreign airlines from flying domestic routes in the United States. Deregulation, he says, would increase competition and lower fares.

In a 2020 book, “Autonomous Vehicles,” Winston and a co-author argued that regulators should not stand in the way of the development of self-driving cars and trucks, which they said could revolutionize transportation. (At the same time, he’s not entirely hands-off when it comes to autonomous vehicles. In an essay this year for Barron’s, he and Joan Winston, his wife, a technology policy analyst, wrote that Elon Musk, the chief executive officer of Tesla, had hurt the reputation of autonomous vehicles by “establishing its own proprietary testing procedures and adoption standards.”

Winston’s faith in markets extends even to political strife. After billionaire investor Ray Dalio said in February that the United States appeared to be on the path to “some form of civil war,” Winston wrote an essay for Barron’s arguing that market forces have the ability to mitigate civil conflict if business leaders step up .

Winston would also dismantle a lot of occupational licensing, which he says needlessly inflates prices for services and benefits only incumbents, such as hairdressers and lawyers. Lawyers should not need to graduate from accredited law schools to practice, and bar exams should be optional, he argues. He points to Abraham Lincoln and Clarence Darrow as good lawyers who never graduated from law school.

Winston also told me he’s frustrated by recent arguments that blame markets for problems such as trucker burnout and last year’s Texas blackout. He says those arguments cherry-pick facts to falsely imply causality and ignore the overall benefits brought by deregulation.

“Both markets and governments make mistakes,” Winston wrote last year in a blog post for the School of Public Policy at the London School of Economics. “The big difference is that inefficient government policies persist indefinitely, while markets have incentives to correct their inefficiencies given sufficient time, often by developing technological and product innovations.”

Regarding your March 18 newsletter opposing cuts in gasoline taxes: Fifty years ago a colleague and I wrote a paper with a Harvard professor, Hendrik Houthakker, proposing a very large gasoline tax, which we would have offset by cutting the employee Social Security tax. We showed that the proposal would lead to a substantial reduction in gasoline consumption while actually boosting economic activity. Those with lower incomes would have benefited the most because the Social Security tax was and is regressive. Sadly, the idea failed. Now, in the midst of a crisis several nations in Europe as well as California and New Jersey are putting the idea to work. Bravo.

Quote of the day

“I still do not really like the word ‘destiny.’ It’s just a target that people draw after the fact, in the place where the arrow landed. ”

– Victor Miesel, a character in Hervé Le Tellier’s novel “The Anomaly,” translated from the French by Adriana Hunter (2021)

Have feedback? Send me a note to coy-newsletter@nytimes.com.