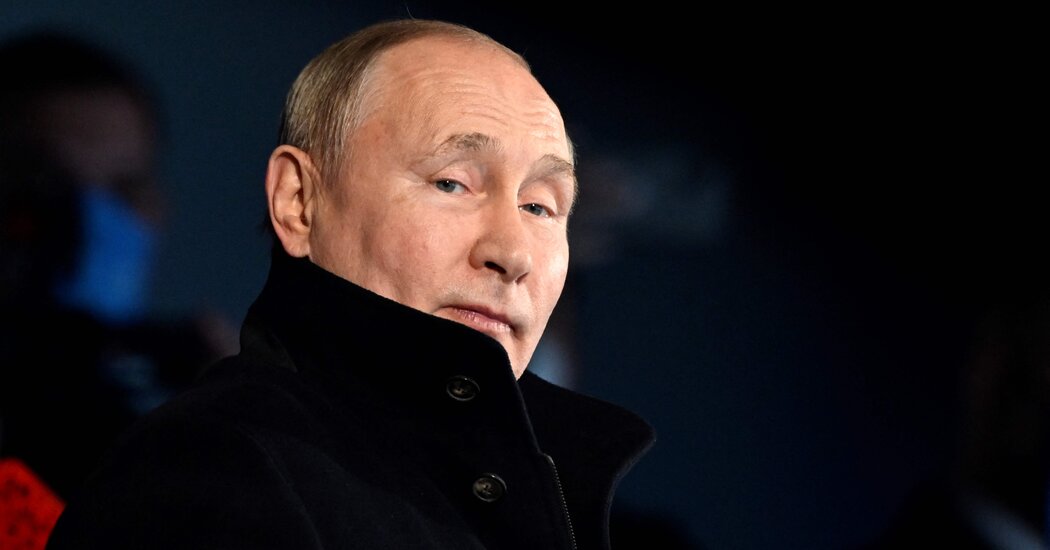 The United States and its allies aren’t going to intervene with their own forces against Vladimir Putin’s invasion of Ukraine. I’ll leave it to others with relevant expertise to speculate about whether we’ll send more arms to the Ukrainian government or, if the Russian attack achieves quick success, help arm the Ukrainian resistance.

For the most part, however, the West’s response to Putin’s naked aggression will involve financial and economic sanctions. How effective can such sanctions be?

The answer is that they can be very effective, if the West shows the will – and is willing to take on its own corruption.

By conventional measures the Putin regime does not look very vulnerable, at least in the short run.

True, Russia will eventually pay a heavy price. There will not be any more pipeline deals; there will be hardly any foreign direct investment. After all, who will want to make long-term commitments to a country whose autocratic leadership has shown such reckless contempt for the rule of law? But these consequences of Putin’s aggression will take years to become visible.

And there seems to be only limited room for trade sanctions. For that, we can and should blame Europe, which does far more trade with Russia than America does.

The Europeans, unfortunately, have fecklessly allowed themselves to become highly dependent on imports of Russian natural gas. This means that if they were to attempt a full-scale cutoff of Russian exports they would impose soaring prices and shortages on themselves. Given sufficient provocation, they could still do it: Modern advanced economies can be incredibly resilient in times of need.

But even the invasion of Ukraine probably will not be enough to persuade Europe to make those sorts of sacrifices. It’s telling, and not in a good way, that Italy wants luxury goods – a favorite purchase of the Russian elite – excluded from any sanctions package.

Financial sanctions, reducing Russia’s ability to raise and move money overseas, are more easily doable – indeed, on Thursday President Biden announced plans to crack down on Russian banks. But the effects will be limited unless Russia is excluded from SWIFT, the Belgium-based system for payments between banks. And a SWIFT exclusion might in practice mean a stop to Russian gas supplies, which brings us back to the problem of Europe’s self-inflicted vulnerability.

Yet the world’s advanced democracies have another powerful financial weapon against the Putin regime, if they’re willing to use it: They can go after the vast overseas wealth of the oligarchs who surround Putin and help him stay in power.

Everyone has heard about giant oligarch-owned yachts, sports franchises and incredibly expensive homes in multiple countries; there’s so much highly visible Russian money in Britain that some people talk about “Londongrad.” Well, these aren’t just isolated stories.

Filip Novokment, Thomas Piketty and Gabriel Zucman have pointed out that Russia has run huge trade surpluses every year since the early 1990s, which should have led to a large accumulation of overseas assets. Yet official statistics show Russia with only moderately more assets than liabilities abroad. How is that possible? The obvious explanation is that wealthy Russians have been skimming off large sums and parking them abroad.

The sums involved are mind-boggling. Novokment et al estimate that in 2015 the hidden foreign wealth of rich Russians amounted to around 85 percent of Russia’s GDP To give you some perspective, this is as if a US president’s cronies had managed to hide $ 20 trillion in overseas accounts. Another paper co-written by Zucman found that in Russia, “the vast majority of wealth at the top is held offshore.” As far as I can tell, the overseas exposure of Russia’s elite has no precedent in history – and it creates a huge vulnerability that the West can exploit.

But can democratic governments go after these assets? Yes. As I read it, the legal basis is already there, for example in the Countering America’s Enemies Through Sanctions Act, and so is the technical ability. Indeed, Britain froze the assets of three prominent Putin cronies earlier this week, and it could give many others the same treatment.

So we have the means to put enormous financial pressure on the Putin regime (as opposed to the Russian economy). But do we have the will? That’s the trillion-ruble question.

There are two uncomfortable facts here. First, a number of influential people, both in business and in politics, are deeply financially enmeshed with Russian kleptocrats. This is especially true in Britain. Second, it will be hard to go after laundered Russian money without making life harder for all money-launderers, wherever they come from – and while Russian plutocrats may be the world champions in that sport, they’re hardly unique: Ultrawealthy people all over the world have money hidden in offshore accounts.

What this means is that taking effective action against Putin’s greatest vulnerability will require facing up to and overcoming the West’s own corruption.

Can the democratic world rise to this challenge? We’ll find out over the next few months.