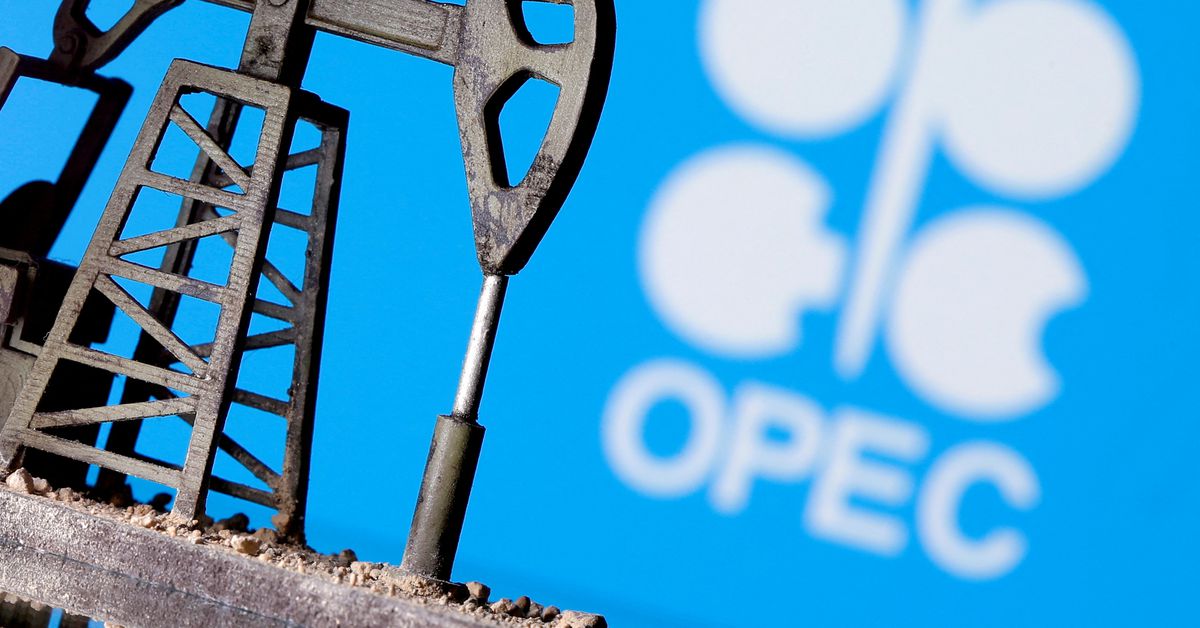 LONDON, Feb 27 (Reuters) – OPEC + revised down its forecast for the 2022 oil market surplus by about 200,000 barrels per day (bpd) to 1.1 million bpd, according to a base scenario in a technical committee report seen by Reuters on Sunday.

The data – part of a report the Joint Technical Committee (JTC) prepares for OPEC + ministers – also shows stocks in the developed world standing at 62 million barrels below the 2015 to 2019 average by the end of the year.

In a previous forecast it had predicted the stocks would reach 20 million barrels above the same average by that point.

Ministers from the Organization of the Petroleum Exporting Countries (OPEC) and allies led by Russia, a grouping known as OPEC +, meet on March 2 to decide whether to increase output by 400,000 bpd in April.

Sources from the group told Reuters their output deal is showing no cracks so far after Russia’s invasion of Ukraine, and the group is likely to stick to a planned output rise despite crude topping $ 100 a barrel. read more

Data from a separate JTC report seen by Reuters on Sunday showed the group produced in January 972,000 bpd less than the targets outlined by the deal, compared with 824,000 less in December.