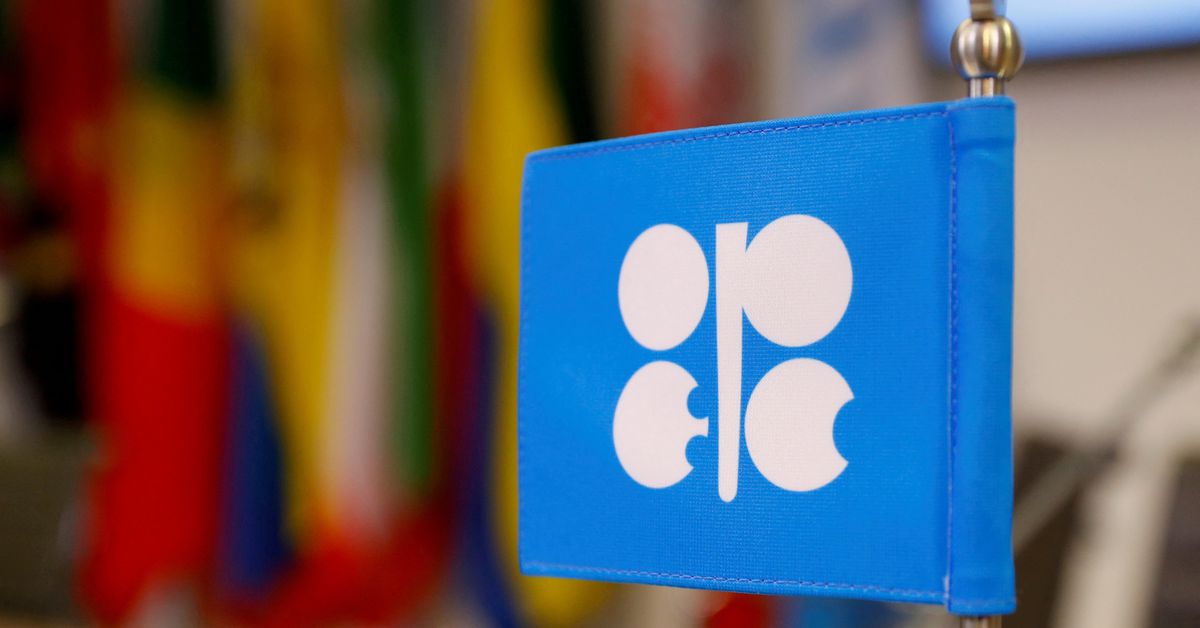 The logo of the Organization of the Petroleum Exporting Countries (OPEC) is seen inside its headquarters in Vienna, Austria, December 7, 2018. REUTERS/Leonhard Foeger/File Photo

LONDON, Aug 2 (Reuters) – OPEC+ sees this year’s oil market as slightly less supplied than previously thought, a day ahead of a meeting at which the producer group is set to decide on its production policy for next month.

New data showed that the OPEC+ Joint Technical Committee (JTC), meeting on Tuesday, trimmed its forecast for a surplus in the oil market this year by 200,000 barrels per day (bpd) to 800,000 bpd, three OPEC+ delegates told Reuters.

The JTC is meeting ahead of a ministerial meeting of the Organization of the Petroleum Exporting Countries and allies led by Russia, known as OPEC+, on Wednesday.

One of the sources said that the JTC, which advises the group on market fundamentals, did not discuss any output policy at its meeting.

OPEC+ sources told Reuters last week that the group will likely keep output unchanged in September, or raise it slightly.