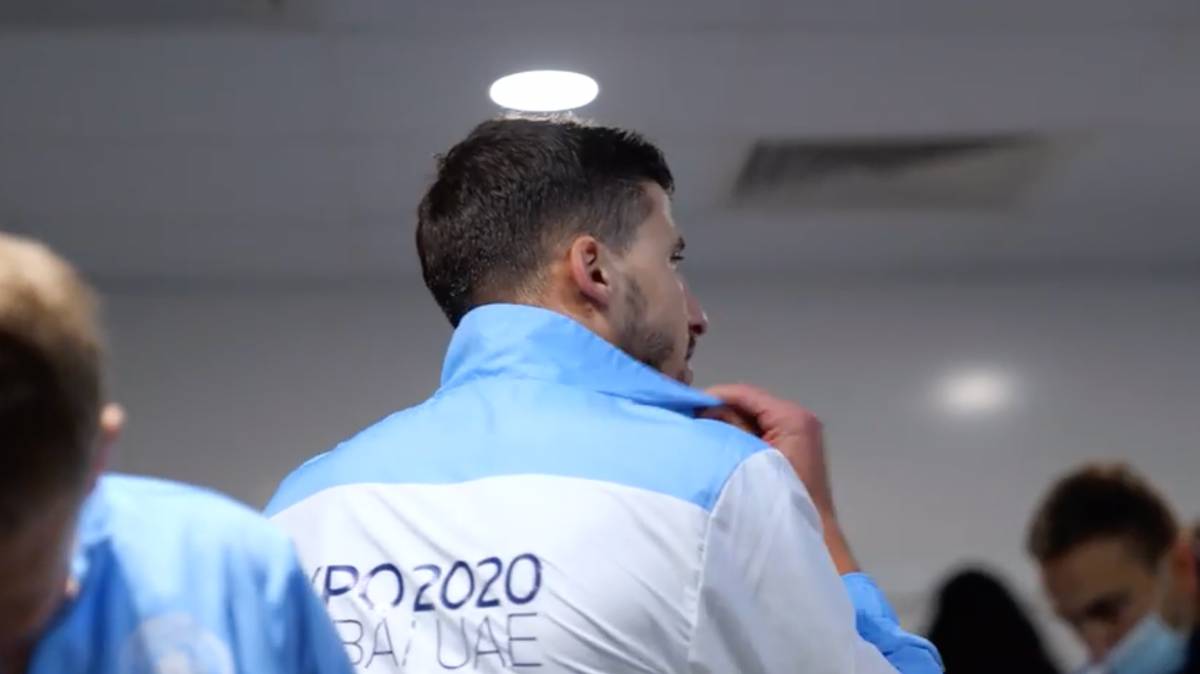 In the summer of 2020, many were quick to question Manchester City’s decision to spend a £51 million fee to sign a relatively unknown commodity in Ruben Dias at the time.

Additionally, the once-coveted defender’s stock had seemingly started to plummet, with several fans claiming that he was a rash centre-back riddled with errors.

At the time, Manchester City were on the lookout for a replacement for club legend Vincent Kompany, with deals for more established alternatives such as Kalidou Koulibaly and Jules Kounde failing to get over the line.

However, Ruben Dias took to City like a duck to water, quickly cementing a reputation as being one of Europe’s finest centre-halves.

Emerging as a mainstay in the side’s successive Premier League title triumphs, he has been nothing short of a revelation.

But perhaps the most striking aspect of the Portuguese international’s colossal impact during his time at the Etihad Stadium so far has been through his natural leadership.

Since day one, the former Benfica star has been seen marshalling the backline, barking instructions at his peers and willing his teammates on.

Despite coming into a dressing room that has superstars galore, Ruben Dias has seemingly been unfazed by the big names since the day he arrived at the club.

It is fair to suggest that the UEFA Nations League winner’s teammates acknowledge his presence as a major presence, as he was picked as the third captain at the club in as soon as his second season at Manchester City.

Keeping all the aforementioned points in mind, another incredible example of his lionhearted leadership came to the fore as he was seen motivating his teammates in the club’s ‘Together: Champions Again’ documentary.

“Come on boys!” Dias barked in a dressing room speech ahead of the Manchester derby at Old Trafford last season.

“But that will serve us nothing if we don’t do it again, and again.

It is instances such as these which have prompted many to claim that Manchester City have finally found the ideal successor to Vincent Kompany’s throne.

While the Belgian’s legacy remains untouchable in sky blue, it is the fact that Ruben Dias is also a natural leader of men that has led people to draw a parallel between the pair.

Heading into the 2022/23 season, it has been confirmed by Pep Guardiola that the club are yet to appoint a new captain, after Fernandinho’s return to Athletico Paranaense this summer.

Pep Guardiola confirms the squad still has not decided on #ManCity‘s permanent captain.

While one will wait and see who dons the armband next term, it is expected that Ruben Dias will be right up there amongst the prime candidates.