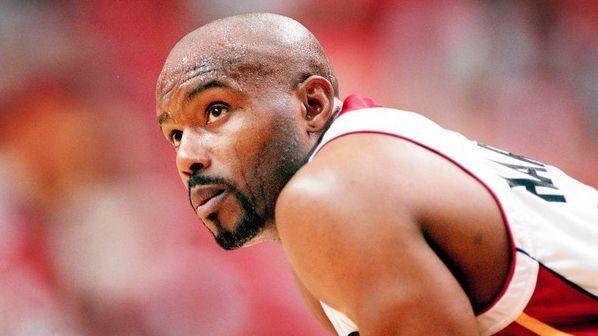 Tim Hardaway was halfway to what on Saturday formally became a Hall of Fame career, and suddenly there was question about whether he had enough remaining fight.

Enter Pat Riley, Alonzo Mourning and the Miami Heat – and immediately the gloves were off.

The rest of the story now can be told in September in Springfield, Mass., When Hardaway follows Riley and Mourning into the sport’s ultimate shrine.

“We put the Miami Heat on the map and made them what Pat Riley wanted the Miami Heat to be,” Hardaway told the Sun Sentinel from New Orleans, where on Saturday at the NCAA Final Four he was formally named to the Naismith Memorial Basketball Hall of Fame’s Class of 22. “It started when I got traded there in February in ’96.”

That also was when Hardaway, in the wake of his Run TMC success alongside Mitch Richmond (the “M”) and Chris Mullin (the “C”), found himself benched by Golden State Warriors coach Rick Adelman, some left to wonder whether, at 29, Hardaway had run his course as an elite-tier point guard.

Enter Riley and then-Heat General Manager Randy Pfund, who saw anger that could be channeled into what would become perennial Heat playoff runs.

Only for all the flash and sizzle that Hardaway had displayed during his best of Warriors days under coach Don Nelson, Riley was looking more for fight and snarl.

Even now, that draws a knowing laugh from Hardaway, 55.

Still, there were rough patches between the headstrong Hardaway and the demanding Riley, at one point Hardaway’s salary tied to weekly weigh-ins.

In retrospect, it was coach making strong-willed player stronger.

“I do not think he really knew how much I had in the tank, or how good I would be once I got back in shape,” Hardaway said. “I think he was openly surprised at what I could do and how I could do it, and my basketball IQ of running his team and running his system.

“He really understood, ‘I got something here,’ and let me be the engine like Don Nelson let me run the engine at Golden State.”

Having previously been a finalist for selection, Hardaway acknowledged that his anti-gay comments during a 2007 radio interview factored into his wait.

In the interim, he made a point to not only express contrition but also work to educate others, just as he came to be enlightened.