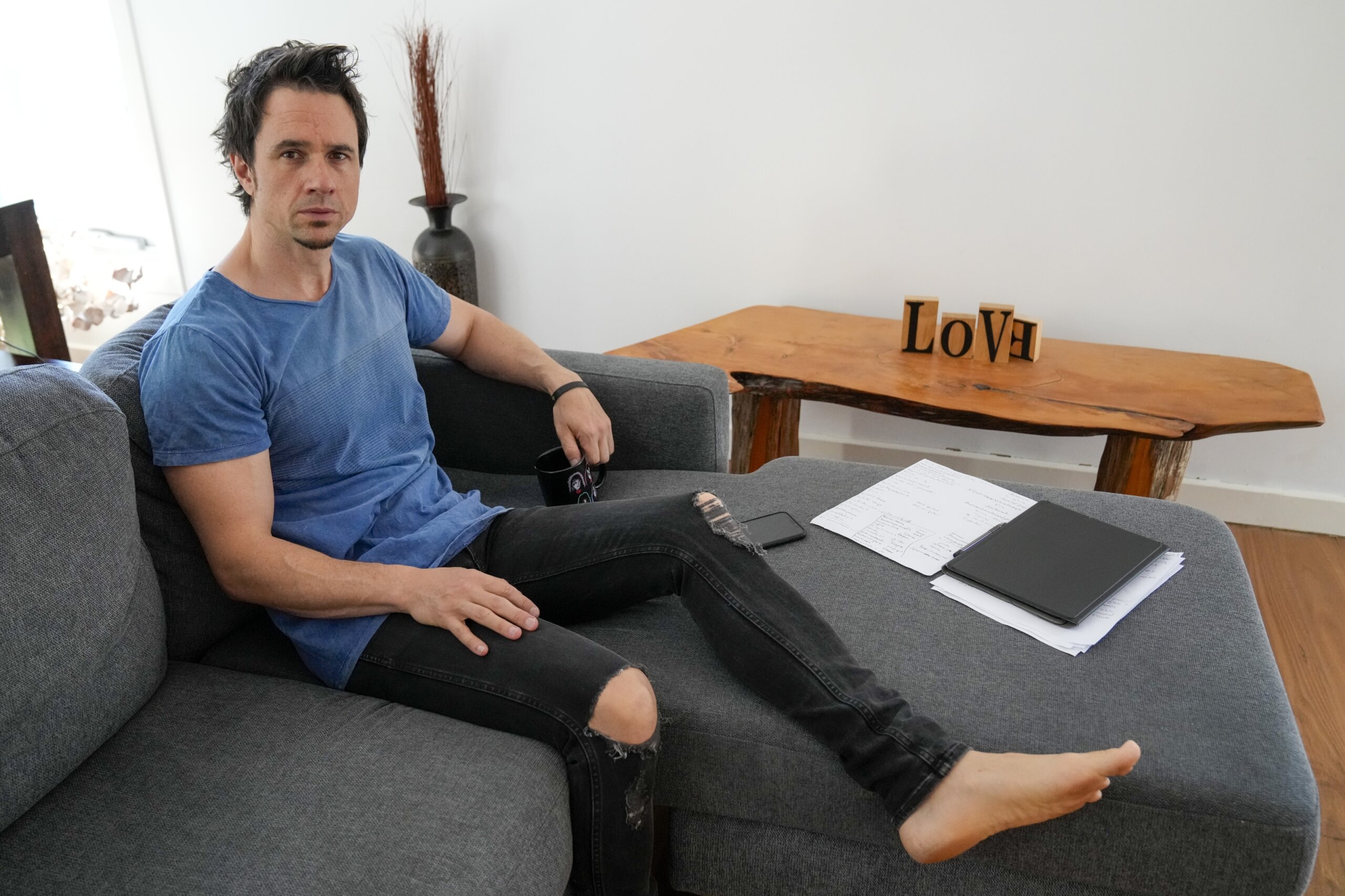 SYDNEY (AP) – Like millions of others in the most locked place on the planet, Rav Thomas, who lives in Melbourne, is dutiful …

SYDNEY (AP) – Like millions of others in the most locked place on the planet, Rav Thomas, who lives in Melbourne, dutifully spent 262 days locked up in his home while the COVID-19 pandemic raged. He was vaccinated. And the single father of two found ways to pay the bills when Melbourne’s shutdowns – the longest imposed by any city in the world – hit his entertainment and event company.

So in October, the city’s restrictions began to be lifted along with Thomas’ mood. His company again started booking events when Melbourne’s nightclubs and bars reopened.

And then the omicron arrived.

The coronavirus variant has been swept across Australia despite its high vaccination rate and strict border policies that kept the country largely cut off from the world for almost two years. These measures, which made Australia a virtually COVID-19-free utopia early in the pandemic, have been re-examined as the government has struggled to deport unvaccinated tennis star Novak Djokovic ahead of the Australian Open. And they have asked questions from frustrated and tired Australians about why their country – which apparently did everything to stop the spread of the virus – is now infected with it.

“Say to your people, ‘Stay in your houses, you can not walk past your mailbox after 8pm for days and months in a row.’ And then you’re told, ‘OK, we’re put in the hard yards,’ ”says Thomas, whose company, Anthem Entertainment, is now facing its 23rd month in a row with financial losses as bookings dry up again. “But then we’re up and running again. Again. Again!”

Officially, there are now more than 600,000 active cases in Australia’s population of 26 million, although experts believe the actual number is far higher. The increase, health experts say, is due in part to the fact that two events coincided: Politicians who were reluctant to give up pre-omicron promises that they would ease restrictions such as wearing masks and the emergence of the incredibly contagious variant. Faced with the explosion of infections, the government of the most populous state, New South Wales, withdrew last month and reintroduced mask mandates. But at the time, epidemiologists say, it was too late.

While deaths and hospitalizations remain relatively low, vaccines have not stopped the spread of the virus. Australia’s vaccine program – which has resulted in about 80% of the total population having at least one jab – also started later than many other Western countries, leaving a large proportion of the population not yet qualified for a booster.

“Vaccination alone is not good enough,” said epidemiologist Adrian Esterman, chair of biostatistics and epidemiology at the University of South Australia. “We were doing so well until New South Wales decided it did not want to go into lockdown.”

Esterman has urged politicians to enforce mask wearing and social distancing and to improve ventilation in schools, especially as students prepare to return after the Southern Hemisphere summer break. Children between the ages of 5 and 11 were first eligible for the vaccines this month.

“We do not have enough vaccines for young people,” said Esterman, who previously worked for the World Health Organization. “We know how to keep schools safe: First you have to vaccinate children and teachers, make sure the ventilation is very good and you get the children to wear masks. Are we doing it in Australia? None.”

Although Australia’s high vaccine intake has prevented an even worse crisis in stressed hospitals, the president of the Australian Medical Association, Drs. Omar Khorshid that it was difficult to see Australia plunge from its position as poster child for COVID-19 containment.

“It is certainly frustrating to see that our per capita population is approaching the highest in the world in New South Wales, for example, when we were at the lowest in the world not so long ago,” he said. “It’s a little unfortunate that the opening of the country coincided almost perfectly with the omicron eruption that started around the world.”

In recent months, the government has shifted from its long-standing “COVID-zero” approach to a “live with it” approach, leaving many Australians confused.

“Omicron has changed everything,” Prime Minister Scott Morrison said this week. “My government is to keep Australia open and push through.”

The political whiplash also captured the health care system. The queues for PCR tests are often hours long, the results take days, and the lack of fast antigen tests has made sick Australians rush from store to store in search of the kits.

Rodney Swan, who lives in Sydney, was recently among the hordes who were on the hunt for quick tests. The 77-year-old granddaughter is ill and her family has been isolating themselves at home for days while awaiting the results of their PCR test.

“If you get a test that is a PCR test, then you wait forever,” Swan says. “You can not get a quick antigen test. My daughter can not get boosters for her children.”

Swan is frustrated by what he sees as the government’s messy messages, and is amazed at the skyrocketing case numbers.

“Those are numbers you get in England,” he says. “I have friends in London because I lived in London, and I sense the smile they now see in Australia.”

Australia’s slow start to its booster program has left the population vulnerable to omicron and has also increased the chances that its omicron wave will not fall as fast as other countries, says epidemiologist Dr. Nancy Baxter, Head of the Melbourne School of Population and Global Health at Melbourne University.

Australia’s politicians appear to be concerned that any new restrictions will anger the public, Baxter said. But they can still help curb the spread by giving Australians a limited number of free N95 masks and quick tests, she says.

“We could handle the wave, but there is no political will to do so,” Baxter said.

Fury and fear prompted former Australian human rights commissioner Chris Sidoti to write a statement to the Sydney Morning Herald this week describing the horror he felt when his two immunocompromised grandchildren fell ill with COVID-19 after Christmas, two weeks before they were eligible for the vaccine. Both children have been in and out of the hospital since then.

Sidoti blames the government for the plight of his grandchildren. Why, he asks, was the government not prepared with adequate supplies of rapid tests before the PCR system was inevitably overwhelmed? And why did the Prime Minister of New South Wales revoke restrictions such as wearing masks in November, before young children were eligible for vaccines and before most adults were eligible for boosters?

“We have gone wrong from day one because our politicians are not ready to learn and prepare us,” Sidoti said in an interview. “People have stopped listening because there is no consequence, there is no credibility, and there is no answer.”

Although policy makers seem averse to further shutdowns, the omicron outbreak has caused many Australians to stay home anyway, leaving small business owners worried about the survival of their businesses.

“People are pretty crushed,” says Zara Madrusan, who owns several bars and restaurants in Melbourne. “We are basically in a kind of self-imposed lockdown. No one goes out, but there is no protection for us, there is no advice for us, there is no financial support available. So we’re supposed to just mess around. ”

For Thomas, whose company faces a deluge of cancellations of events, the state’s decision this week to close indoor dance floors in hospitality and entertainment venues was another blow to the stomach. He wonders what will be left of his once so vibrant city when it all ends.