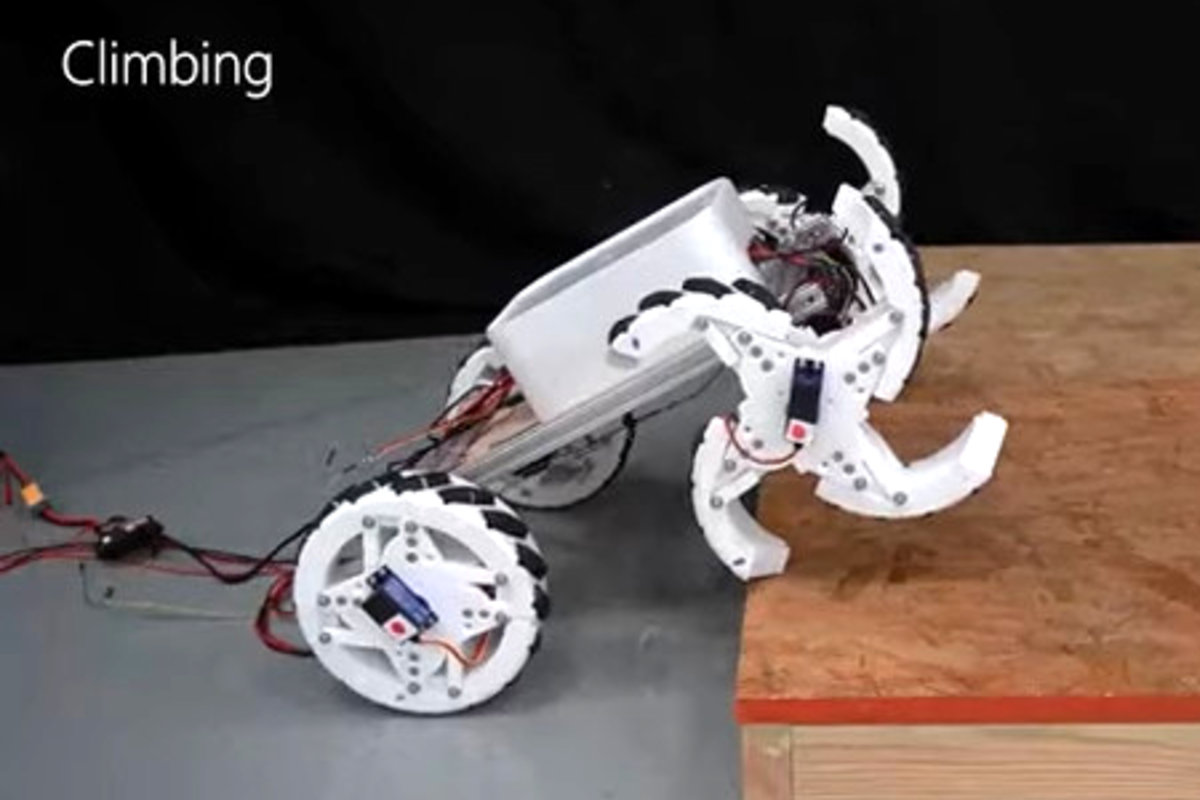 What’s the strangest wheel? The omniwheel. Unless you could whegs – “wheel legs” – as wheels. They’re pretty esoteric, but have their What happens when you mash up the two ideas? OmniWhegs! This research paper from Shanghai Technical University unites the two. The wheels roll as standard omniwheels until a servo on the axle unfurls them into their whegs configuration.

The resulting vehicle is a bit of a departure from the original whegs concept, which used compliant mechanisms which passively balanced the force across the legs. Here, the omniwhegs are rigid and actually use a synchronization routine that you can see in the video embedded below.

If you can’t get enough omniwheels, you’re not alone. Here’s a rare three-wheeler, and here’s an omniwheel made of MDF. We haven’t seen enough whegs-based bots, but OutRunner is pretty astounding, and we think deserves a second look.

We’ve also seen wheels that convert to whegs before, but without the omni.  And we don’t know if that one ever made it out of render-of-a-robot phase.

So kudos to the Shanghai team for taking the strangest possible wheels and actually building them!

2 Bold Predictions For Cowboys Vs. Jaguars


Half of Infusion Centers Struggling to Keep Up with Demand