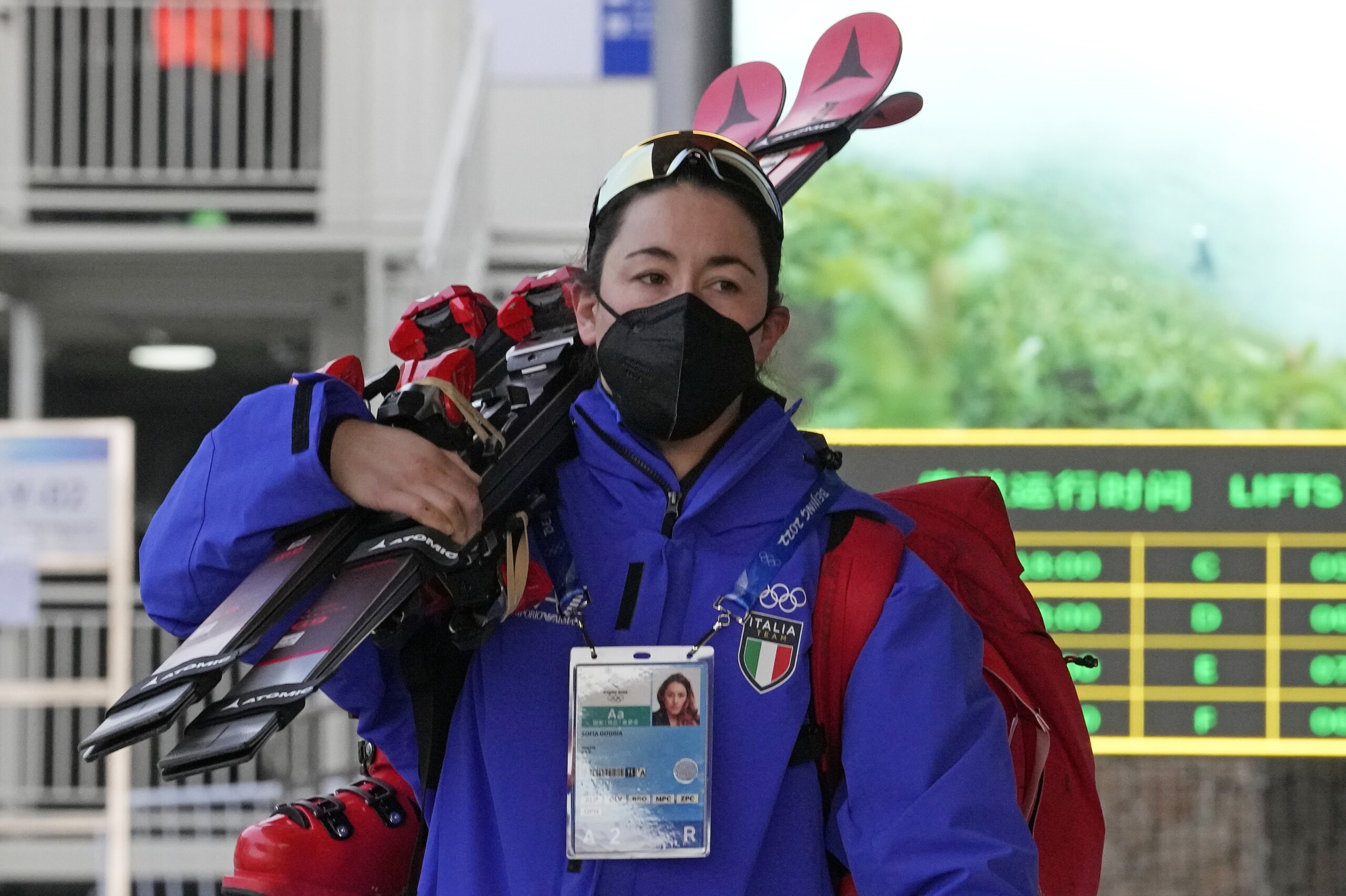 The Latest on the Beijing Winter Olympics.

BEIJING (AP) – The Latest on the Beijing Winter Olympics:

She scored 87.75, good enough for the top spot in women’s qualifying Wednesday at Genting Snow Park.

The 21-year-old from California turned it up a notch in run No. 2, but fell on her switch backside 720. She raised her hand as if to say, “Oh well.” She playfully stuck out her tongue while waiting for her score.

Mitsuki Ono of Japan was second in qualifying. This a day after appearing to be bothered by a hip ailment in training and in some discomfort. Cai Xuetong of China had the third-best score in qualifying, with Queralt Castellet of Spain also in the mix.

The biggest surprise was the performance of American Maddie Mastro, who finished just outside of the top-12 that advanced to Thursday’s final. She was in the last spot but was bumped out by one of the final riders, Elizabeth Hosking of Canada.

Shiffrin skidded out of control about five seconds into the opening run of Wednesday’s slalom. The 26-year-old American also fell early in the first run of Monday’s giant slalom.

Dürr led from the start as she was first down the course know as the Ice River. The German skier posted a time of 52.17 seconds, 0.03 quicker than Michelle Gisin of Switzerland.

Dürr’s highest individual finish at a major championship is 11th at the worlds in 2019. She has never won a World Cup slalom race.

The 30-year-old is likely to head into the second run in the lead with only lower-ranked skiers remaining.

Two-time Olympic champion Mikaela Shiffrin has missed a gate early in the first run of the slalom at the Beijing Games and is out of the event.

Just like in her first event of these Olympics, the giant slalom, the American racer was done for the day within a matter of seconds.

After Wednesday’s mistake in the slalom, which she won at the 2014 Sochi Games, Shiffrin sat on the side of the hill and bowed her head.

The 26-year-old Shiffrin is trying to become the first Alpine ski racer from the United States to win three Olympic golds across a career.

She has said she hoped to enter all five individual events at Yanqing Alpine Skiing Center.

Defending Olympic downhill champion Sofia Goggia is on the Beijing slopes and training after crashing and injuring her left knee and leg last month.

The Italian arrived late to China after she sprained her left knee, partially tore a cruciate ligament and had a “minor fracture” of the fibula bone in her leg. She also had some tendon damage after the crash in a World Cup super-G in Cortina d’Ampezzo, Italy, on Jan. 23.

Goggia has won the last eight World Cup downhills that she completed.

Goggia arrived in China on Monday and was checked out by the Italian team’s medical staff. She then did three runs of giant slalom and three runs of super-G training on Tuesday and was doing more of the same on Wednesday.

The team says she has not decided yet if she will race the super-G on Friday but she is planning on taking part in the first of three downhill training sessions on Saturday. The downhill race is scheduled for Tuesday.