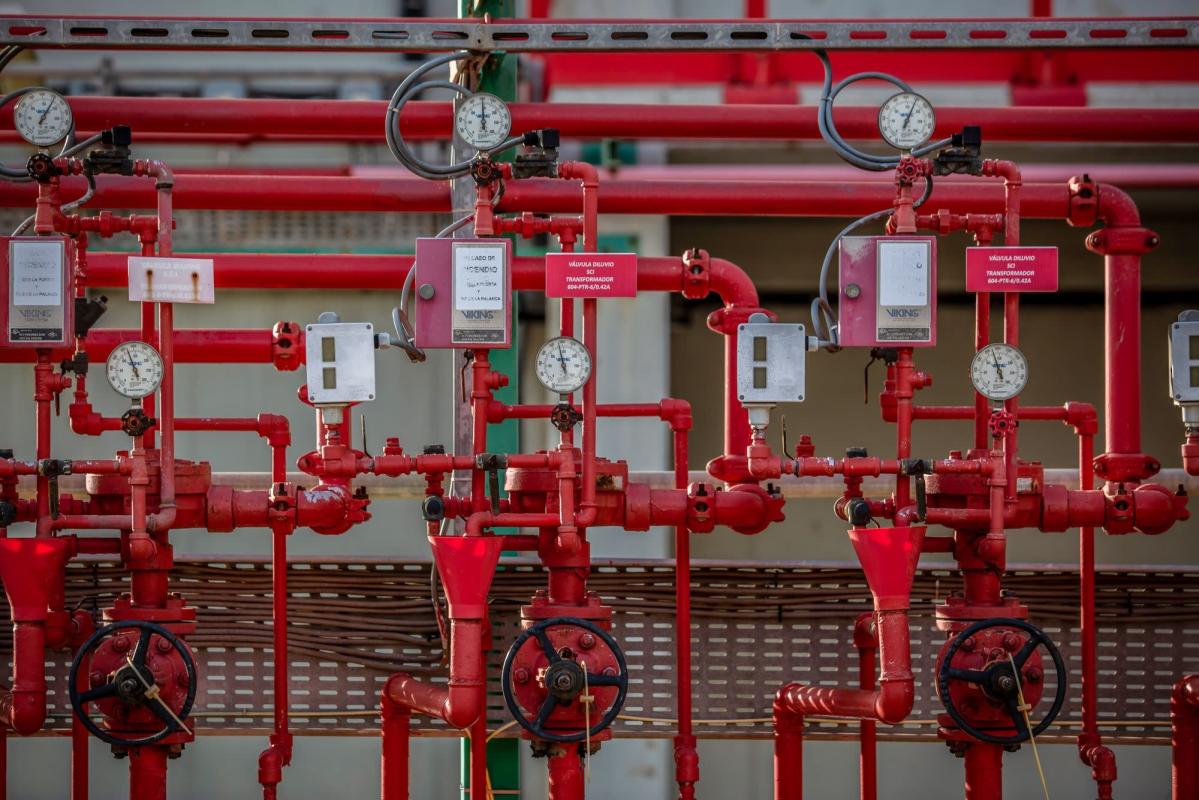 (Bloomberg) – Oil fell for a third session as hawkish signals from the US Federal Reserve raised the prospect of restrained economic growth while millions of barrels of crude from strategic reserves were released into the market.

West Texas Intermediate edged lower settling near $ 96 a barrel Thursday. Brent briefly dropped below $ 100 for the first time since March 17. While still prone to sharp intraday swings, prices have come off following the International Energy Agency’s announcement that US allies will deploy 60 million barrels from stockpiles. US President Joe Biden’s administration previously announced a release of 180 million barrels from its own reserves.

In addition to the supply picture, oil traders were also assessing the consequences of a hawkish pivot from the Federal Reserve, as policy makers rein in the support they deployed to combat soaring inflation. The dollar rose for a seventh day, making commodities priced in the currency less attractive to investors.

A steady flow of hawkish rhetoric from Fed speakers suggests the central bank could be very aggressive in tightening policy in the next couple of policy meetings, said Ed Moya, senior market analyst at Oanda. “This could drag down all risky assets, including commodities like oil.”

Traders also kept a close eye on how many barrels were being displaced from Russia. So far, buyers still appear to be scooping up barrels, weighing on prices. Cargoes of Russian Sokol crude from the Far East have sold out for next month.

Oil has been wracked by intense volatility over the past six weeks as Russia’s invasion of Ukraine roiled commodity markets. In response to the war, Washington and its allies have been trying to punish Moscow economically, while also moving to stem the rise in energy prices that’s fanning already-elevated inflation. Japan on Thursday said it would release 15 million barrels of crude reserves, as part of a coordinated effort between the US and its allies to hold down rising costs.

Despite the recent drop in markets, the fundamental picture still shows tight supplies, said Stewart Glickman, energy equity analyst at CFRA Research in New York. “The inability to replace Russian oil is really weighing on markets” and “these are short-term salves that the IEA and the US are trying to apply to a situation that could persist for a very long time.”

In addition to rate rises, the US Central bank signaled it will reduce its bond holdings at a maximum pace of $ 95 billion a month. Federal Reserve Bank of St. Louis President James Bullard said he favors raising interest rates sharply to counter the highest inflation in four decades.

In another headwind for global demand, China, the world’s biggest crude importer, has been trying to stamp out a virus outbreak that’s prompted lockdowns, including in Shanghai. As officials tackle the challenge, tankers carrying 22 million barrels of Russian, Iranian and Venezuelan oil are piling up off the coast, Kpler said. At the same time, Russia’s crude output in early April has dropped the most in almost two years as buyers look for other suppliers.

While oil markets are still in backwardation, a bullish pattern where near-term contracts are more expensive that later-dated ones, there’s been a significant narrowing of key differentials in recent days as traders reassess the outlook. Brent’s prompt spread – the gap between its two nearest contracts – was 50 cents a barrel in backwardation, down from $ 3.20 a week ago.

The international benchmark fell below the key 50-day moving average in the previous session for the first time since early January.