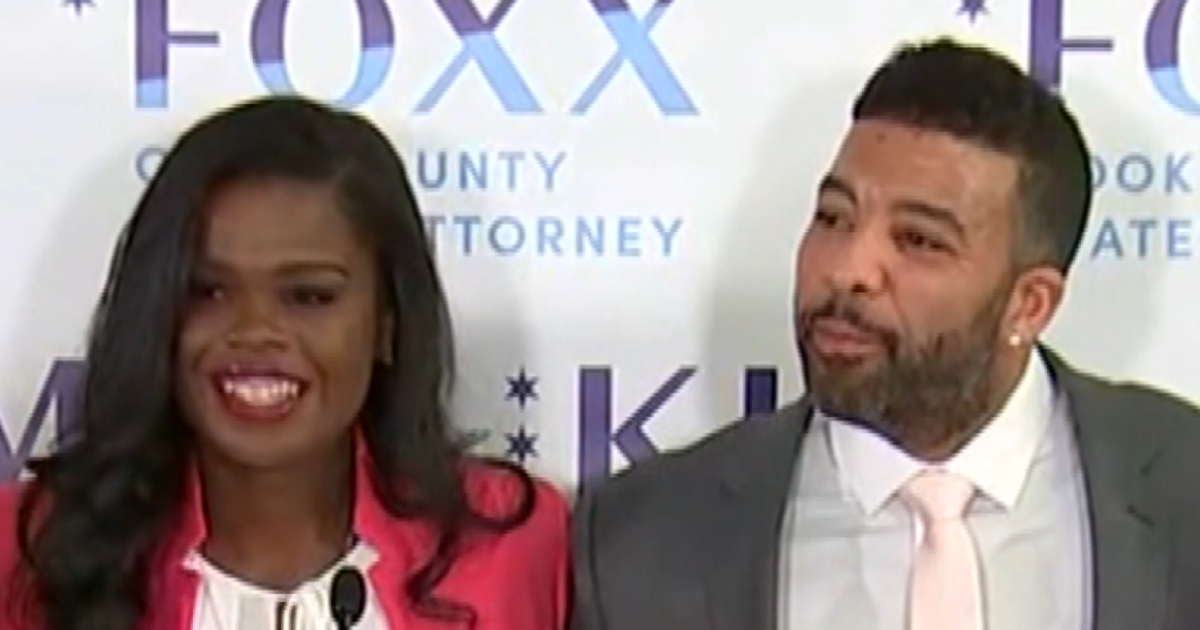 CHICAGO (CBS) – CBS 2 has obtained the 911 call Cook County State’s Attorney Kim Foxx’s husband made earlier this month, on the night he accused her of slapping him.

A Flossmoor police report obtained last week by CBS 2 said Kelley Foxx, the State’s Attorney’s husband, called police to their home in the south suburb shortly after 10 pm on June 4 to report a domestic incident.

In a 911 call obtained through a Freedom of Information Act request, Kelley Foxx can be heard telling an operator he’d been involved in a physical domestic dispute with his wife.

Operator: “What’s going on there?”

Operator: “Is it you, or someone else?”

Operator: “Is it physical, or just verbal?”

Operator: “Is anybody injured?”

According to a Flossmoor Police report on the incident, Kelley and Kim Foxx were standing on the front step of the home when officers arrived.

Kelley Foxx told the officers that his wife had gotten angry about something he did that was posted on Facebook, and she “asked him to leave and he refused.”

He told officers that his wife then “became physical,” and said she blocked him from leaving a bathroom and had grabbed his collar, the report said. Kelley Foxx also told police his wife also snatched away his video game controller and threw it down.

An officer reported that Kim Foxx was within earshot when her husband was recounting his story of events, and she said, “All of that is true,” the police report said.

The officer reported telling Kelley Foxx that there were no apparent marks on him, and Kelley Foxx replied that he just wanted to be left alone, the report said.

On domestic violence calls, officers must listen to both sides – especially that of the complainant. The officer asked Kelley Foxx if he felt safe in the house, and he said he wanted to “make sure someone understands what is happening here,” the report said.

The officer asked Kelley Foxx to explain further, and he said Kim Foxx was being physically aggressive and he wanted it to stop, the report said.

Meanwhile, a Flossmoor police sergeant talked to Kim Foxx, who said she and her husband had a quarrel and she wanted him to leave, the report said. The sergeant then walked over to Kelley Foxx and the other officer, and Kelley Foxx repeated that he just “want (ed) it to stop,” and said, “She can not come in my personal space and put her hands on me, “the report said.

An officer also talked with the couple’s 19-year-old daughter, who said she heard a disagreement, but did not see anything and could not tell what was going on, the report said.

Kelley Foxx told an officer he needed to pick up his other daughter from her workplace, and he left, the report said. Afterward, Kim Foxx said she did put her hands on her husband, but said it was “only to help guide him out of the house” and she said she never slapped him, the report said.

The officer asked Kim Foxx if she felt safe in the home, to which she replied, “I mean, he’s not crazy,” the report said.

Within days of the 911 call, CBS 2 became aware from our police sources that police had responded to the State’s Attorney’s house.

We submitted a public records request to Flossmoor police for the full report, calls of service, and all body cameras worn by officers that day.

We waited, so CBS 2’s Terry went to the Flossmoor Police Department himself – because the police chief was not returning any of his calls.

At the police station, Terry was asked if he had submitted a Freedom of Information Act request. He pointed out that he had done so the day before, and had also left a message for the police chief that day – as well as a message for the chief’s administrative assistant a day later.

A clerk at the police station said the chief had received all the FOIAs and would not be responding except through FOIA.

Twenty-four hours after Terry made the visit, Flossmoor’s police chief did respond. He denied the release of body camera video of the incident, citing privacy – yet he did release the narrative of the police report.

Kim and Kelley Foxx told officers they have been together more than 20 years and have never been physical, and Kim Foxx said she believed her husband only called police to hurt her, the report said.

No one was arrested, and neither Kim nor Kelley Foxx chose to leave the house for the night, the report said.

The report said this was the first time Flossmoor police had responded to a domestic call involving Kim and Kelley Foxx.

The officer also wrote that while working on a report on the incident, an investigator from Foxx’s executive protection unit showed up at the Flossmoor Police Department and advised police could contact him if they needed anything, the report said.

“This is a personal family matter. Please provide State’s Attorney Foxx and her family with respect and privacy.”

“This is a personal family matter, and we ask that you provide our family with respect and privacy.”

Jermont Terry joined the CBS 2 team in October 2019. He’s born and raised on Chicago’s South Side. He’s happy to return home to report on his community after 18 years of uncovering stories across the country.