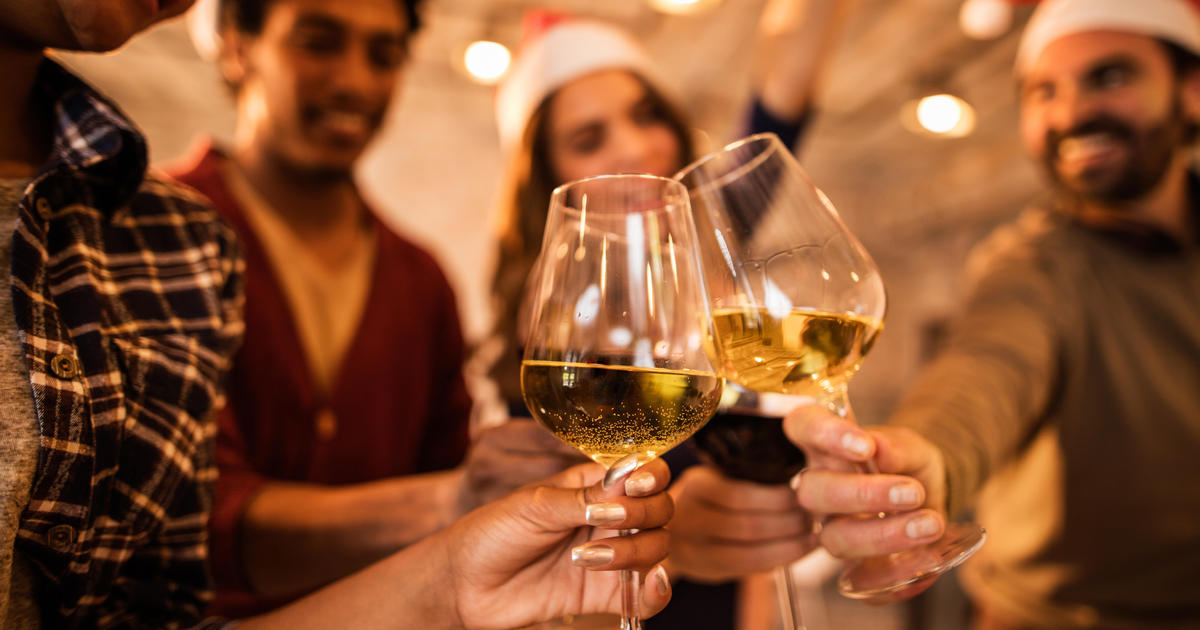 Say goodbye to virtual get-togethers, and bust out the karaoke. Love them or hate them, company holiday parties are back — in a toned-down kind of way.

After more than two years of working in pajama bottoms and raising glasses over Zoom, many office workers are yearning for a bit of real-world party glamour. The same is true for some front-line workers who saw festivities canceled even as they showed up to work every day during the depths of the COVID-19 pandemic.

“It just always makes me feel special,” said Shobha Surya, who missed treating herself to a new dress every year for the dinner and karaoke party thrown by Ajinomoto Health and Nutrition North America, a Japanese-owned company based in the Chicago area. She was so excited the party was back for the first time in two years that she picked out her black-and-white cocktail dress two months in advance.

“Everybody let loose,” she said, smiling the Monday after the party, where she accepted a recognition award for 15 years at the company. “It gets you into the holiday season.”

More than 57% of companies are planning in-person holiday celebrations this year, according to a survey of 252 U.S.-based companies conducted by Challenger, Gray & Christmas, a hiring firm. While that’s still notably fewer than the 75% that threw parties in 2019, it’s a big leap from 26% in 2021 and 5% in 2020.

Many parties will be more intimate, as companies try to accommodate workers that are increasingly remote and far-flung. Some businesses are opting for spas, juggling shows and even private movie theater showings to lure out employees who have relished working from home. And a few are sticking to bonuses or extra time off they have been offered instead of parties during the pandemic.

Cari Snavely’s team of 20 opted for an afternoon of pickleball when her Boston-based software company gave them a budget to decide on their own how to celebrate.

It’s a far cry from the giant bashes she remembers from her days just a few years ago working at Coke in Atlanta, but Snavely said it’s a better way to break the ice for people who haven’t worked together in person much. Besides, she said, many of her teammates wanted the chance to leave work and get home early.

“We really wanted to make sure that as many people as possible could go,” said Snavely, who works in finance. “People have home commitments, kids.”

Being with family is a top priority this year, according to a Numerator report, with family gatherings and religious events seeing the greatest increase out of all types of holiday festivities. Among those who celebrate Christmas, four out of five plan to celebrate with friends and loved ones this year, a 77% jump from 2021, the report showed — though with less money being spent on presents and other holiday-related purchases.

“Sixty percent of consumers believe that inflation will have a moderate or significant impact on their Christmases, forcing adjustments such as looking for savings on the items they buy (64%) and celebrating on a smaller scale (35%),” according to the report.

Virtual celebrations are out, but so are big venues

Quickbase has 700 employees but many of them are remote — and as far away as Bulgaria — so it didn’t make sense to have a big party at headquarters, said Chief People Officer Sherri Kottmann. Instead, the company left it to individual teams to organize their own fun. Even in Boston, she said only 30% to 40% of employees come to the office in the middle of the week, when it’s busiest.

But one thing seems sure: People are fed up with getting on screens for cocktail mixing or secret Santa exchanges. Fewer than 2% of companies are hosting virtual celebrations this year, compared to 7% last year and 17% in 2020, Challenger’s survey found.

Jeff Consoletti, founder of Las Angeles event production company JJLA, said he has received zero requests this year for the gift boxes and cheese-and-wine pairing kits that helped keep his business afloat for the past two years. Instead, he has seen a 100% increase in bookings for in-person events, though they are much smaller than the 5,000-person revelries he often staged before the pandemic.

Ksenia Kulynych, director of operations at Monarch Rooftop & Indoor Lounge in New York, said she’s seen a 30% increase in small group reservations this year — and often, a drastic undercount or overcount of guests as planners struggle to gauge how deep the enthusiasm for parties goes. Lunches are surprisingly popular, and Fridays are out.

Even before the remote work revolution, some people were pushing back at the idea of “forced fun” at work, particularly in corporate cultures where heavy drinking is intertwined with networking.

Shwetha Pai, who works from home in Cincinnati for a small workplace analytics firm, said big holiday parties stir up memories of her early career days in investment banking, when her guard was always up at male-dominated nights out, and she often used her commute home as an excuse to leave early.

“People make bad decisions in those situations. They just do,” said Pai, 41, head of operations and marketing at Worklytics. “There is definitely this expectation that you take part in all of it because that’s part of ‘team bonding.’ But in fact, for women, it’s really fraught with a lot of challenges and risk. ”

Bill MacQueen, 46, is far removed from big city nightlife as assistant director of commercialization at Ajinomoto’s manufacturing plant in Eddyville, Iowa. And he doesn’t drink.

But count him in for bingo.

MacQueen said his heart gave a “leap for joy that we were back to pre-COVID” when he got his bingo card at the entrance of Ajinomoto’s dinner party for its plant workers, an event he has cherished since he started working there 28 years ago, two days after graduating high school.

“It was just so nice to hear everyone in that hall talking and laughing, and people teasing each other,” MacQueen said. “And sounding cheesy, it was just kind of like a family reunion.”


Why the Browns are frightening with playoffs almost out of reach