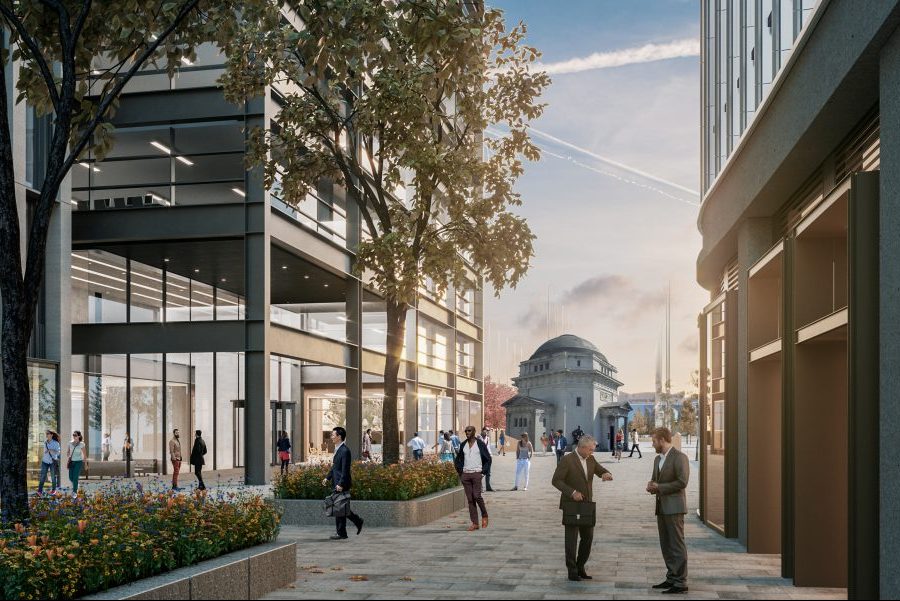 The volume of Grade A deals as a percentage of total office transactions in Birmingham continued to rise against long term averages in the first half of 2022, with demand for workspaces that support wellbeing and that are geared towards Net Zero goals on the up.

In the first half of the year, vacancy levels have remained level at around 7%, but the average physical size of the offices leased fell by approximately 1,000 sq ft.

Increased lettings of small to medium sized offices is a noticeable change from the transactions witnessed over the last two years, which saw average deal sizes rising above long-term trends.

Research from JLL Birmingham suggests that this has resulted from an uptick in activity from smaller occupiers in the marketplace coupled with occupiers adjusting, or ‘right-sizing’, their offices to adopt more hybrid working.

Despite there being a 15% decrease in the volume of space transacted in Birmingham during H1, the first half of 2022 witnessed the largest number of transactions for five years.

JLL also found that there was an increase in the total number of occupiers inquiring about new space in Q2 compared to previous quarters, with professional services and training sectors being particularly active.

There are a number of high-profile developments set to complete in 2022, including – One Centenary Way – scheduled to complete before the end of the year, which will accelerate supply into the market and add to the 120,000 sq ft available for immediate occupation at Three Snowhill. Supply will likewise be bolstered by major refurbishments, which will take over new builds in supplying the market during the next 2 years.

Kelvin Craddock, director – tenant representation for JLL in the Midlands, said: “After a turbulent couple of years, there’s no doubt that the businesses we’re speaking to are looking to the future and taking the time to carve out a more compelling employee value proposition that will help to attract and retain skilled talent amid increased competition. The deal numbers we’ve seen in H1 reflect that sentiment.

“Flexibility and a higher-quality working environment for staff remains a top priority, with ESG requirements now featuring highly on many occupiers’ requirements. We are expecting the demand for more sustainable and socially responsible buildings in Birmingham to continue to increase moving forwards. ”