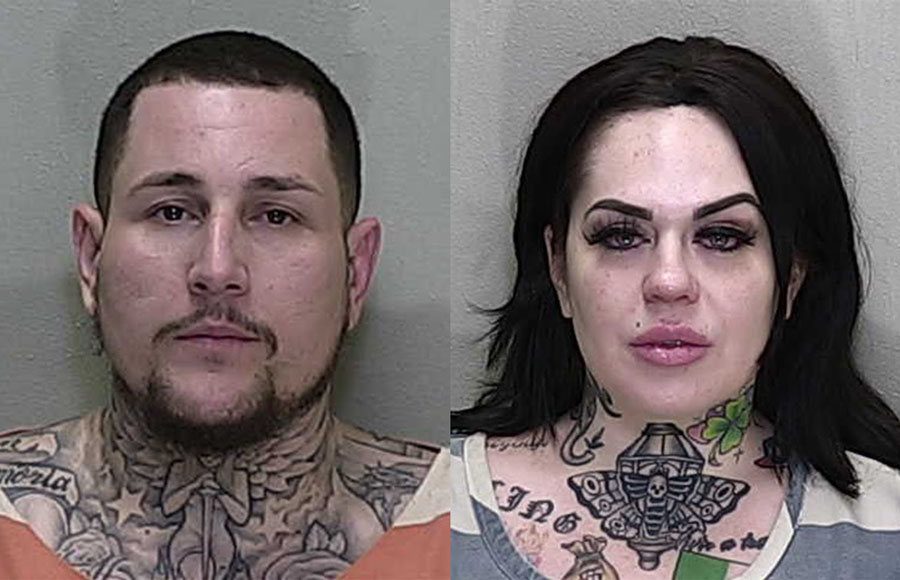 MARION COUNTY, FL – On Thursday, April 7, 2022, the Unified Drug Enforcement Strike Team (UDEST) arrested Alejandro Mendez, 39, and Calah Sabilona, ​​33, for armed trafficking of fentanyl, conspiracy to manufacture fentanyl tablets, possession of drug paraphernalia , and ownership, lease, rental, or possession for trafficking in or manufacturing a controlled substance. This is the second time a large amount of Fentanyl and weapons were seized from them.

In April of 2022, UDEST began investigating Mendez and Sabilona, ​​who were both out on bond after being arrested in July of 2021 for armed trafficking in fentanyl. During the recent investigation, agents obtained a search warrant for a location controlled by the duo. On April 7th, 2022, UDEST coordinated an operation and served the search warrant with the assistance of the Ocala Police Department SWAT team. As a result of the investigation, agents seized firearms, cash, two pounds of Fentanyl, cash and other items used to distribute the drug.

The influx of Fentanyl contributed to the increased numbers of overdoses and continues to be a focus of UDEST. Fentanyl is a highly addictive and extremely lethal substance that is contributing to the rise in overdose deaths, not only in Marion County, but also across the country. This substance is being broken down and mixed with other drugs to include marijuana, cocaine, and heroin.

Mendez is being held with no bond at the Marion County Jail. Sabilona was being held on an $ 86,000 bond and has bonded out. According to arrest affidavits, Mendex, ‘voluntarily and without solicitation’ attempted to claim ownership of the contraband located within the residence.