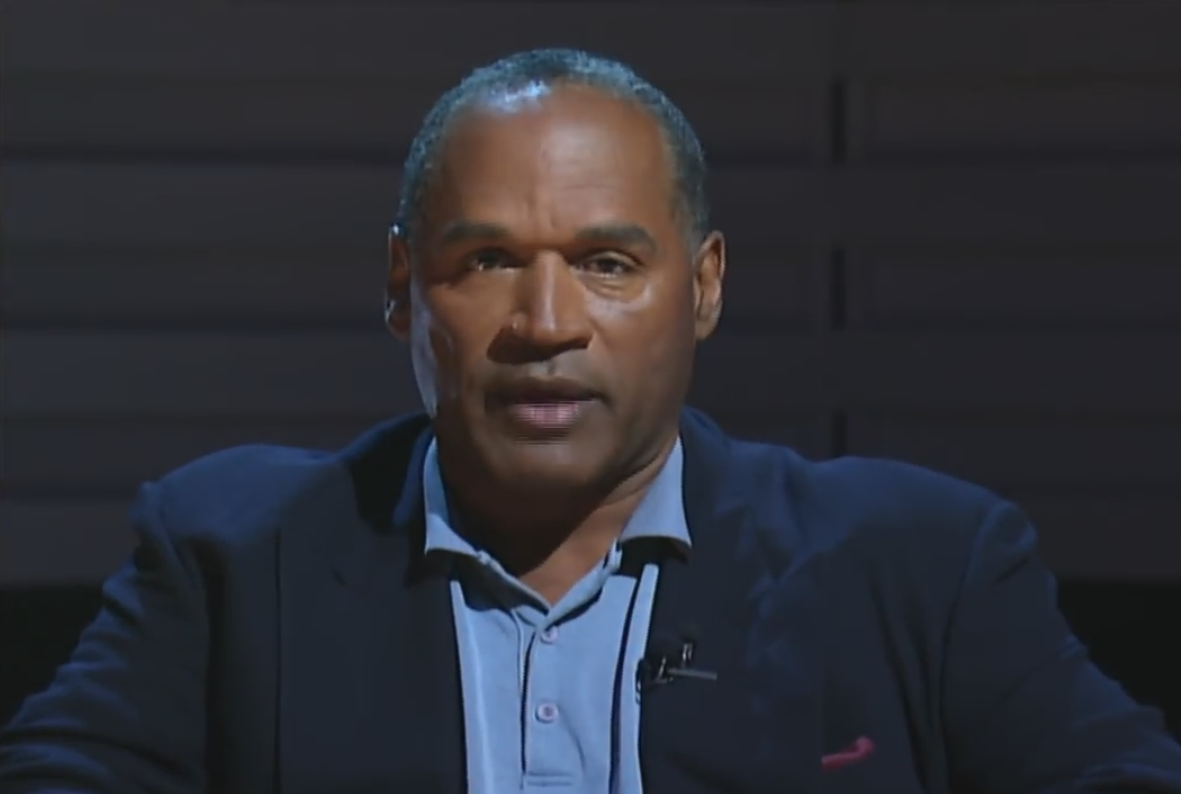 With the possible exception of antisemitic rapper Cole Beasley, OJ Simpson is the worst person to ever be involved with the Buffalo Bills organization.

But while everyone agrees that OJ is not a good person, did he actually commit two murders in 1994?

The answer is yes, of course, anyone with a functioning brain can see that he was guilty as hell, and he beat the charges solely because he was rich and famous.

But despite the obviousness of Simpson’s guilt, there are still those who think O.J. was unjustly accused of killing his wife, Nicole Brown Simpson, and her friend Ronald Goldman.

Yes, nearly 30 years after the trial of the century, conspiracy theorists are still chucking out wild ideas about how and why O.J. almost went to prison for two murders he “didn’t commit.”

And the latest theory might be the most bonkers one to date!

In a new book entitled The Sealed Envelope: Who Framed O.J. Simpson for Their Murders, How They Did It and Why They Got Away With It, authors Sheryll Shipley and Shatelaine Shipley propose that Simpson was framed by Brown’s parents.

According to a new report from Radar Online, the authors ludicrously claim that Simpson’s in-laws conspired to have him arrested for murder because he was planning to repossess a house of his that they had been living in.

It’s unclear if the parents had Nicole murdered, or if they simply decided to frame O.J. after someone else did the deed.

But either way, it seems that these folks really, really wanted to continue living in O.J.’s house!

According to Shipley and Shipley, the Browns were financially dependent on Simpson, and they breathed a sigh of relief when O.J. and Nicole reconciled after a brief separation in 1993.

The reconciliation went bust, however, and the Browns became desperate.

And apparently that’s when they decided to hatch a scheme that Alfred Hitchcock would’ve rejected for being too implausibly ridiculous.

No one in the Brown family has spoken out about these ridiculous allegations, and it’s unlikely that they’ll dignify this book with any sort of response.

In general, the family steers clear of the spotlight, and in the past, they’ve been critical of media projects that they deemed exploitative.

“Losing Nicole was painful for me of course, but seeing my parents – and the kids – go through what they went through was horrendous. That was my pain, really,” she said at the time.

As for O.J., he wound up serving nine years in prison on unrelated robbery charges.

Of course, he was released in 2017, and is now able to continue living his life — while his victims and their families haven’t enjoyed a moment’s peace since that fateful night in Brentwood.


Inflation won’t fall significantly until the unemployment rate is almost double what it is now, billionaire David Rubenstein says