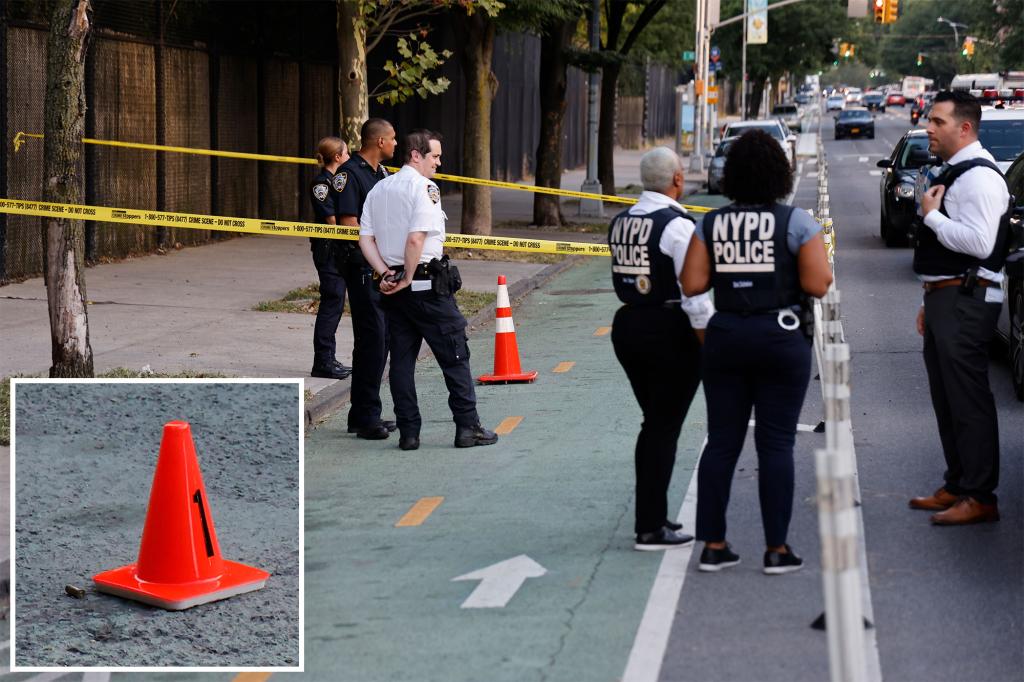 A 55-year-old woman was shot in the back outside the Bronx Zoo Friday evening, authorities said.

The victim was shot while she was standing on Southern Boulevard and East 187th Street — yards from the zoo’s Birds of Prey exhibit — around 5:40 pm, the NYPD said.

Police were looking for two men who were passing by on a motorcycle that may be “possible suspects,” according to the department.

The woman was in stable condition at St. Barnabas Hospital, which is blocks away from the Belmont crime scene.

It was not immediately clear if she was targeted or hit by a stray bullet, police said.