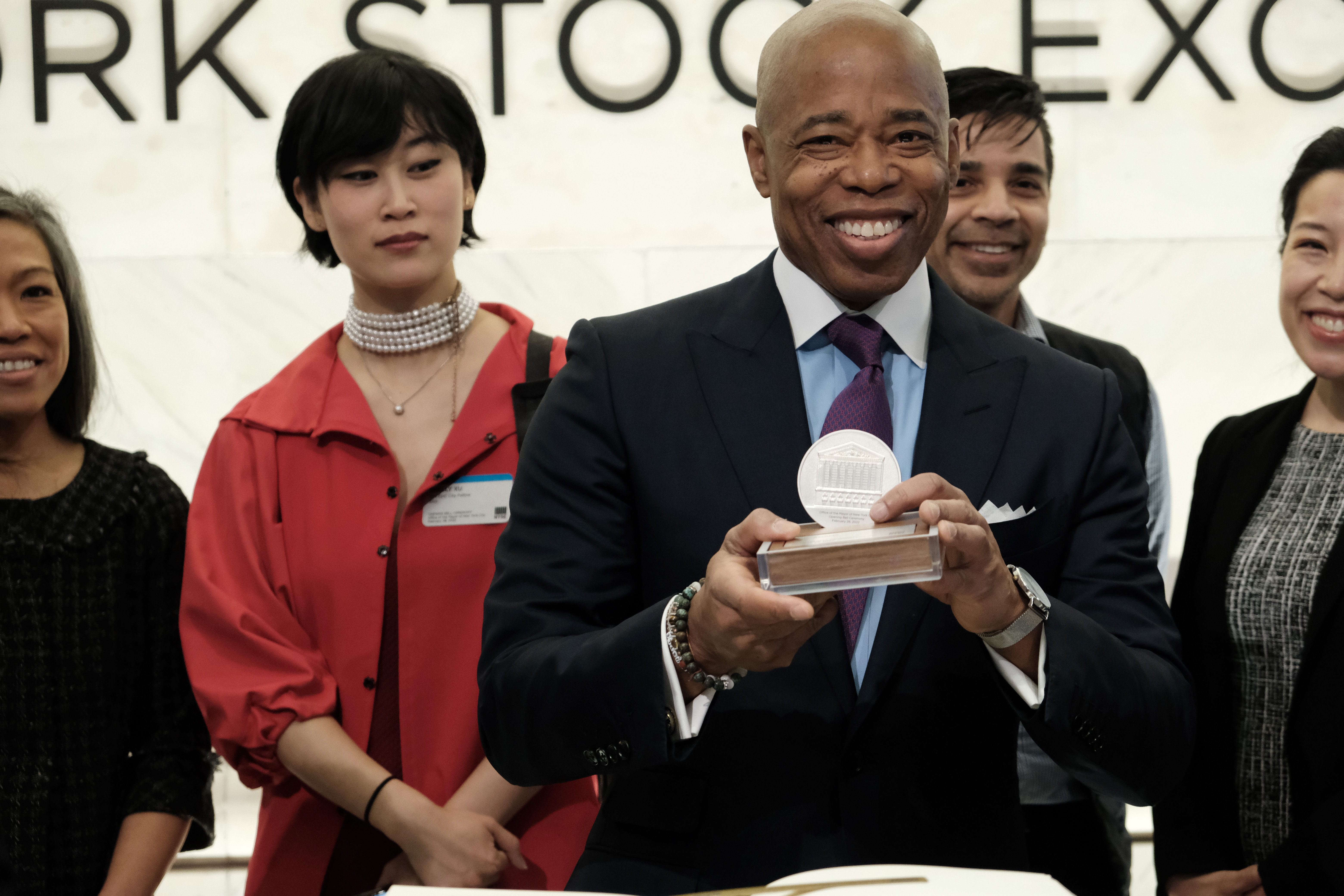 Cryptocurrency investors in New York have been complaining for years over the state’s stringent crypto regulations, which, since enacted in 2015, have chased away many crypto companies to locate out of state and prohibited some of the most popular digital currencies, such as XTZ, from being legally available in the world’s financial capital.

Could that change with New York City’s new mayor Eric Adams, a crypto advocate who pledged to take his first three paychecks in bitcoin and ethereum and make New York City a global cryptocurrency hub?

Adams has converted his first three paychecks, issued in US dollars, per federal labor laws, to cryptocurrencies through Coinbase, a spokesperson for the mayor’s office confirmed.

Adams pledged to take his first three paychecks in bitcoin on Nov. 4 after he was elected mayor, apparently in competition with mayor of Miami, Francis Suarez, who tweeted on Nov. 2 he would take his next paycheck in bitcoin.

In New York we always go big, so I’m going to take my first THREE paychecks in Bitcoin when I become mayor. NYC is going to be the center of the cryptocurrency industry and other fast-growing, innovative industries! Just wait!

However, just like his fickle positions on many other things, Adams’ stance on cryptocurrencies is confusing and sometimes self-contradictory.

On Feb. 9, Adams told a joint session of state legislators in Albany, the capital of New York State, that he supports cryptocurrency but not crypto mining, the computational process that creates bitcoin and a frequent target of critics. Bitcoin mining is energy intensive and it’s estimated the creation of one bitcoin uses the equivalent of a month of electricity consumed by an average US household.

“I suspect he’s probably not as conversant with the details of bitcoin in particular and how it works as he is with just the fact that it has a sort of hipness and a cache to it,” Robert Hockett, a professor of financial regulation at Cornell Law School, told New York news channel NY1 in December.

Still, members of the crypto startup community hope Adams could be a force of change to existing crypto regulation. “Federal and state regulators are still trying to figure out how to deal with cryptocurrencies,” said Isaac Tebbs, CEO of CryptoBoost, a New York-based crypto marketing firm. “I think Mayor Adams’ push for NYC to become a cryptocurrency hub could help spur regulatory changes at the state level.”

“New York City is a global hub of finance and innovation — and Mayor Adams is clear that we must embrace new technologies and industries to power an equitable recovery,” a spokesman for Adams said in a statement to the Observer. “The administration will continue to engage state lawmakers to support common-sense regulations to streamline different processes while placing responsible safeguards on the industry.”

New York State has some of the most stringent rules around cryptocurrencies in the US The so-called BitLicense regulation passed in 2015 requires any company that engages in cryptocurrency activities — trading, storage, issuance or accepting virtual currencies as payments — have a license.

The BitLicense was intended to safeguard the public from fraud, which was prevalent in crypto’s early days. But its onerous application process and compliance requirements have drawn plenty of criticism from the crypto community. Firms complained they had to provide fingerprints of every employee who has access to customer funds and third-party background checks on each fund principal. When the regulation took effect in August 2015, existing virtual currency companies operating in New York were given only 45 days to obtain a license or cease operation.

After obtaining a license, firms are required to have compliance, anti-money laundering, and information officers in house, file quarterly financial statements to the state’s Department of Financial Services (DFS), provide risk disclosures to customers, and keep all transaction records for at least seven years.

The DFS did relax the regulation a little bit in June 2020 with a conditional licensing framework that allows applicants to obtain a temporary license when they partner with a company that already has a BitLicense.

Still, not wanting to go through such trouble, several crypto exchanges, including Bitfinex, ShapeShift and Kraken, decided to shut down their New York operations shortly after the BitLicense took effect.

Investors are particularly upset that popular cryptocurrencies are available everywhere except New York as a result of state regulation, including XTZ, a token based on the Tezos blockchain issued in late 2017. In its most volatile days, XTZ’s dollar value skyrocketed 10 times in a month. Investors afraid of missing out took to internet forums like Reddit and Quora to ask how to buy XTZ in New York and advocate for unbanning the virtual currency in the state.

“It’s encouraging to see elected officials expressing their support for pro-crypto policies. (But) it remains to be seen how those stated positions are going to translate into a legal and regulatory framework in New York, ”said Budd White, cofounder of Tacen Inc., a New York-based software firm helping businesses issue digital tokens on blockchain platforms.