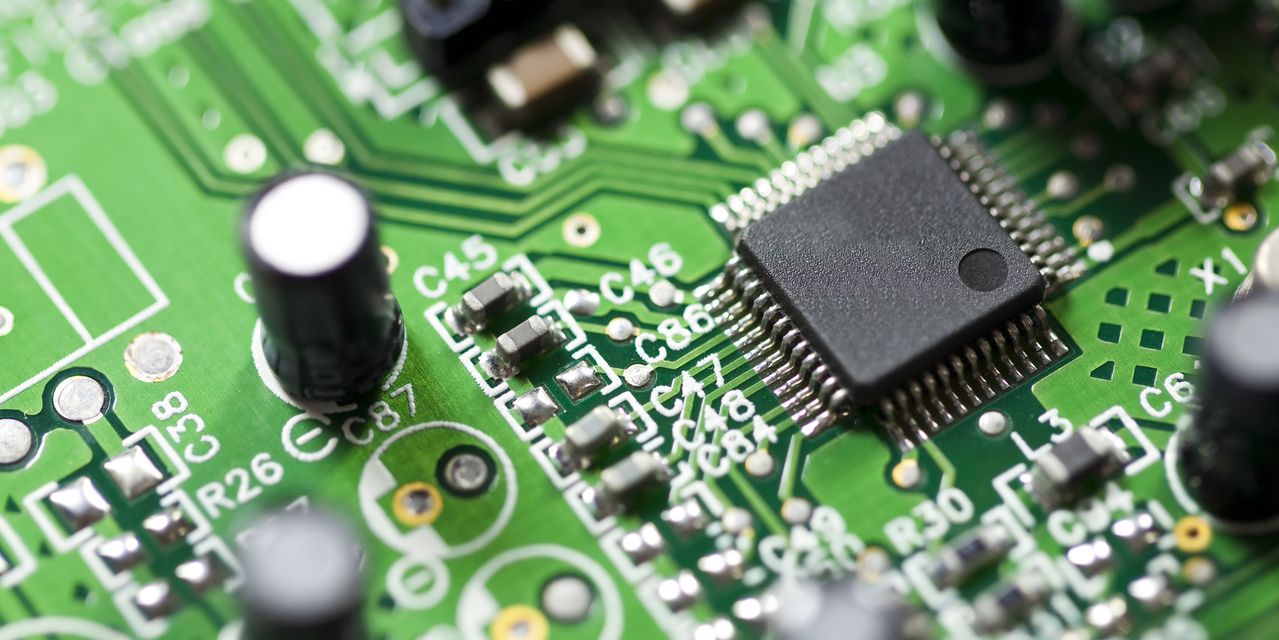 reports earnings on Monday, kicking off the earnings season for chip stocks. But many investors and analysts are bracing themselves for muted results across the industry, as companies continue to battle with supply chain interruptions and slowing consumer demand.

“The ongoing ‘purgatory’ stage of the semiconductor cycle continues to be in full effect as we head into the 2Q22 earnings season,” writes Deutsche Bank analyst Ross Seymore.

Semi stocks have been pummeled in recent months, with investors pulling back from the sector in response to a challenging macroeconomic environment. The

(SOX) is down nearly 30% so far this year, while shares of stalwarts such as

There are many reasons for the pullback. For one, investors are still concerned that Covid-19 lockdowns in China will constrain semiconductor demand for longer than expected, even as some supply chain interruptions start to ease. In addition, demand for semiconductors may be dampening, especially for chips used in personal computers as the PC market cools down.

Earnings season won’t likely assuage those concerns, even though analysts are widely expecting semi companies to either modestly beat second-quarter earnings expectations or fall in line with consensus, boosted by ongoing strong financial fundamentals. That could lead to a short-term rally in August, writes Citi analyst Christopher Danely in a research note, adding that it won’t be enough to alter widespread investor sentiment in the long haul.

“Almost every investor we met with was bearish on semiconductor fundamentals and believes a correction is coming to just about every company in the group,” Danely says.

Analysts are especially bearish on companies with high exposure to the gaming and personal computer markets, such as Intel, which reports earnings after the market closes on Thursday.

“We expect a weak report and guide from INTC, with worsening data points around PCs and macro likely yielding the [company] to be unable to maintain its full-year CY22 guidance,” Deutsche Bank’s Seymore wrote. He expects this softness to last as far as 2024, and maintained a Hold rating on the stock.

There may yet be a silver lining. Wall Street is hopeful that companies with less PC exposure will perform better than expected and issue solid guidance for the third quarter. That’s why Danely opened a 90-day positive catalyst watch on NXP Semiconductor and

). Both companies produce chips widely used in industrial end markets, such as the automobile industry, which he believes will hold up better in the current macro environment.

Bank of America analyst Vivek Arya agrees, adding that companies with exposure to cloud software and data centers are also poised to give a better outlook. Some of his picks include

Chip stocks could also rally if Congress passes the Chips for America Act, a long-awaited bill that would authorize about $52 billion in grants and loans for US chip makers. Senate leaders are aiming to pass the legislation before Congress recesses in August.

But even if the legislation passes, it will “take months for the money to get out the door,” cautions Capital Alpha analyst Robert Kaminski, which could delay the benefit for chip stocks. In addition, many investors continue to believe that the sector continues to be overvalued, and may hold back until they see analysts cut their earnings per share estimates by as much as 20% across the board, Danely writes.

Semi companies will report earnings throughout the end of July and well into the following month. Texas Instruments reports on Tuesday, followed by QUALCOMM on Wednesday and Intel on Thursday. ON, AMD, and Nvidia will post earnings in August.