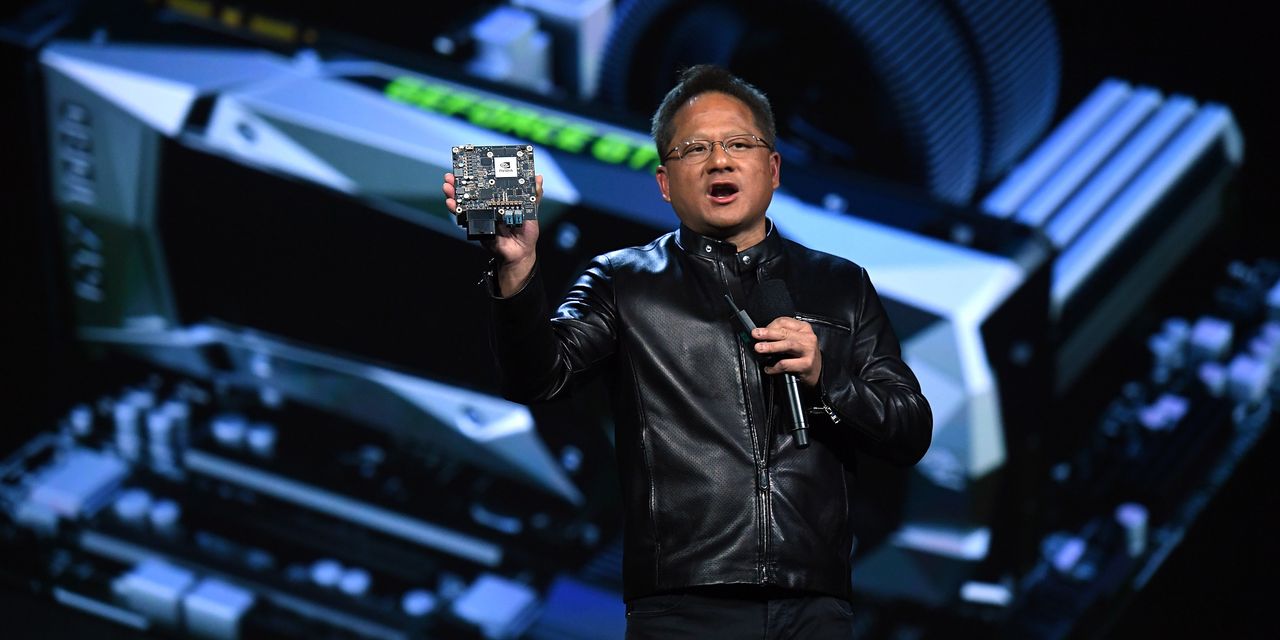 investor day and its flagship technical conference have been a hit on Wall Street this week — but that could not stop its stock from falling on Wednesday.

In Jensen Huang’s keynote speech at the GTC Conference on Tuesday, the chipmaker’s CEO outlined plans to double-down on artificial-intelligence technology, betting that it will revolutionize multiple industries. This push was represented across Nvidia’s (ticker: NVDA) newest launches of computer chips and software aimed at AI innovations.

Analysts Atif Malik and Amanda Scarnati of Citi, where Nvidia is rated at Buy with a target price of $ 350, were upbeat about GTC, reaffirming their bullish stance on the company and calling it “the best product cycle ‘self-help’ play in 2022 . ”

Malik and Scarnati liked the focus on AI driven by omniverse, which refers to Nvidia’s ambition in the metaverse, or virtual worlds, with an industrial focus.

In a note on Wednesday, the analysts said the highlights of the event included the new Grace computer processing unit (CPU) “superchip,” which doubles the performance and energy efficiency of data center chips and is designed specifically for AI. The new Hopper graphics processing unit (GPU) was another standout, they said, that can be scaled to run “massive” AI models.

Some $ 11 billion in the contract pipeline in the automotive industry — up from $ 8 billion about a year ago — as well as strong software sales growth were another plus, Malik and Scarnati said. They also highlighted $ 5.2 billion in authorized share buybacks through the end of the year.

“That said, we think gaming card supply due to China lockdown and impact from Russia-Ukraine conflict on EU gaming demand could be volatile in the near-term,” the Citi analysts noted. “We expect new products to launch in September to be the next catalyst for the gaming market.”

Shares in Nvidia slipped 1% in US premarket trading, on track to open at just above $ 260 per share on Wednesday. Nevertheless, the stock has been on a tear of late, up almost 25% from yearly lows notched at the beginning of last week.

The shares remain in correction territory, down some 12% this year, in line with a wider selloff in the tech sector amid pressures from rising interest rates, historically-high inflation, and impacts from the Russia-Ukraine war.