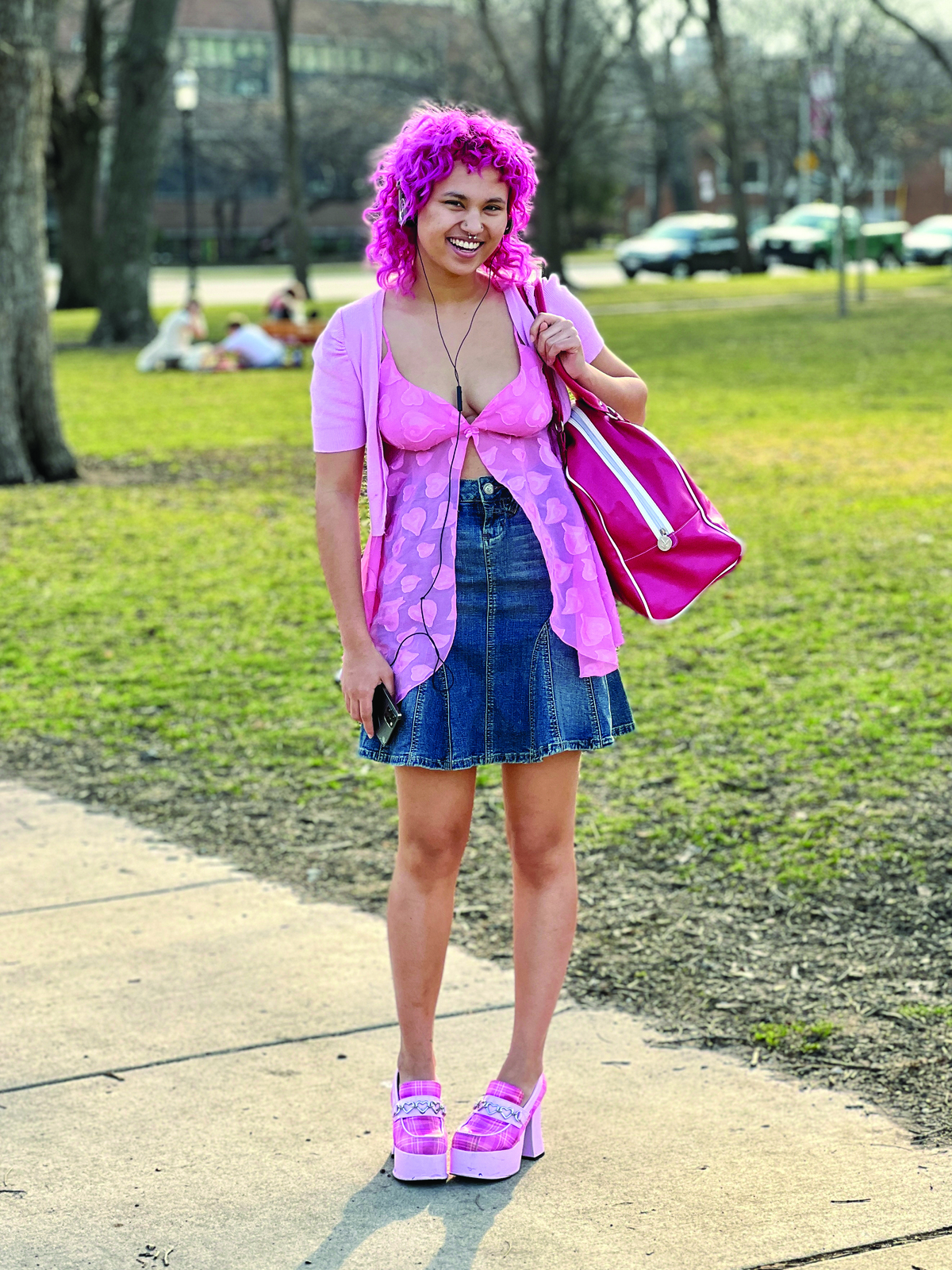 Clothing reseller Sasha Smith, 20, claims to dress like a “pink 2000s bimbo Harajuku ballerina.” She’s inspired by dolls, the Playboy universe, and the now-defunct Japanese street style magazine FRUiTS. The day she was photographed, Smith was headed to a hangout with a friend. She was covered head to toe in her favorite rosy hue, […]

The post Nothing to hide appeared first on Chicago Reader.