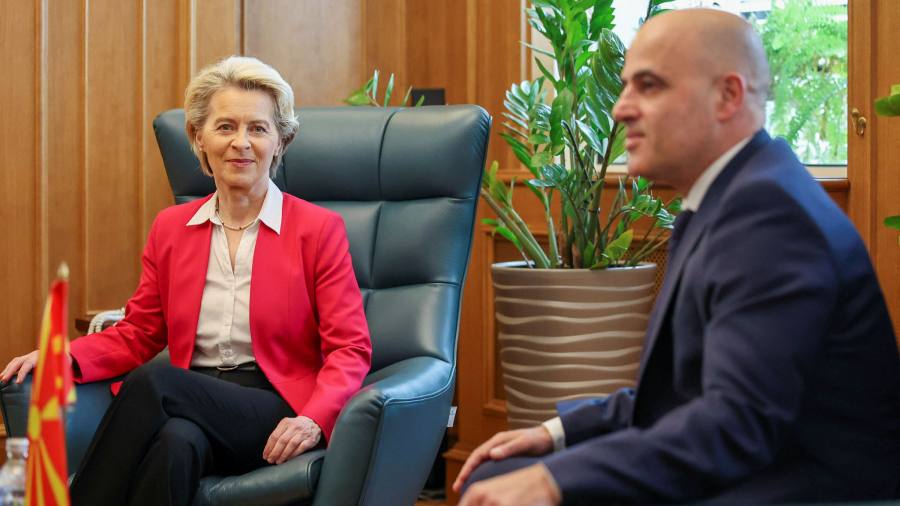 North Macedonian lawmakers have approved a proposal to help resolve a longstanding dispute with neighboring Bulgaria over history and language that opens the way for EU accession talks, a move that furthers EU expansion in the Western Balkans.

The EU has stepped up efforts to convince the region’s countries to set aside long historical disputes and expand the bloc at a time when the war in Ukraine has elevated an urgency to complete enlargement and choke off increasing Russian influence.

Northern Macedonia’s government has accepted the French proposals after they were amended to guarantee that Macedonian would be a recognized language in the EU and that bilateral issues with Bulgaria would no longer be a factor in the accession talks. It was passed in the country’s 120-member parliament with 68 votes despite a walkout by the opposition, which has said it feared a “Bulgarianisation” of the country.

“Congratulations and huge thanks to the MPs who showed a democratic capacity today, supported the conclusions of the European proposal and voted for the European future of the country,” Prime Minister Dimitar Kovačevski wrote in a Facebook post on Saturday.

“There is no greater patriotism than supporting the prosperity of the country. . . Finally the Macedonian language will echo all over Europe. This is how you love the state, with wise and state decisions! ”

Albania has been linked with Northern Macedonia in its own bid for EU membership, so progress on Skopje’s accession plan would also unlock Tirana’s EU bid, with a potential wider impact for expansion in all of the western Balkans, experts say.

“Congratulations to Northern Macedonia on the vote that now paves the way for opening accession negotiations rapidly,” EU Commission President Ursula Vin der Leyen tweeted. “It was a historic opportunity. And you seized it. A big step on your path towards a European future. Your future. ”

North Macedonia was designated as a candidate for EU membership almost 20 years ago. It resolved differences with Greece in the Prespa agreement, joined NATO, only to be blocked by Bulgaria.

Tension between Bulgaria and Northern Macedonia stems from disputes over interpretations of history and other expressions of national identity in the former Yugoslav republic.

The liberal government of Bulgarian prime minister Kiril Petkov approved the French proposals last month just before it was ousted in a vote of no confidence, leaving the matter up to Skopje alone.

The opposition nationalist VMRO party of North Macedonia said it would continue to fight against the agreement.

Membership talks have been given fresh impetus by the desire to strengthen the EU presence in the Balkans and provide a bulwark against greater Russian influence.

Albania, for years beholden to the bilateral disputes, welcomed the North Macedonian vote.

“Finally,” Albanian Prime Minister Edi Rama wrote on Facebook. “Negotiations for Albania’s membership in the European Union have no obstacles. . . Albania’s absurd hostage is over. “

An Albanian delegation would leave for Brussels on Monday, he said.