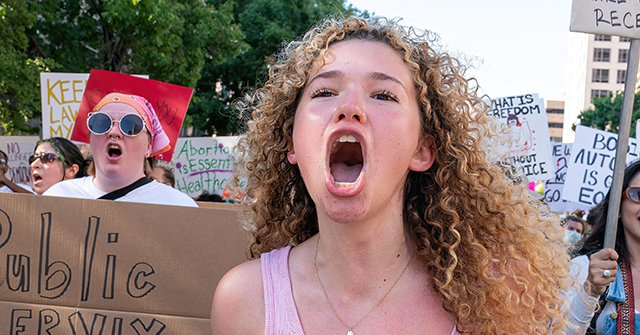 An abortion clinic in North Dakota raised huge amounts of money in order to relocate after the Supreme Court overruled Roe v. Wadeand its move will leave the state without an abortion clinic.

“As a state with a trigger-ban in place, North Dakota would ban abortion in 30 days if Roe v Wade is overturned,” the page read.

Per the Insider report, Moorhead, Minnesota, is located a few miles from the Red River area. Abortion is still legal in Minnesota, according to the Associated Press (AP).

On Friday, the Supreme Court overruled Roe v. Wadeand held in the Dobbs case that the Constitution did not provide a right to abortion, returning the issue to the states, according to Breitbart News:

Beet was handed down in 1973 in a 7-2 decision, holding that the US Constitution includes a constitutional right to abortion, despite the fact that abortion is not found in the text, structure, or history of the Constitution, and the nation went more than 180 years without ever noticing it existed. It has been one of the most divisive legal issues in American history.

On Saturday, former President Donald Trump said the court’s decision to overturn Roe v. Wade was “the answer to the prayers of millions and millions of people” during a rally in Mendon, Illinois.

“To the generations of Americans in the pro life movement, as well as countless constitutional conservatives, your boundless love, sacrifice, and devotion has finally been rewarded in full. Congratulations, ”he added.