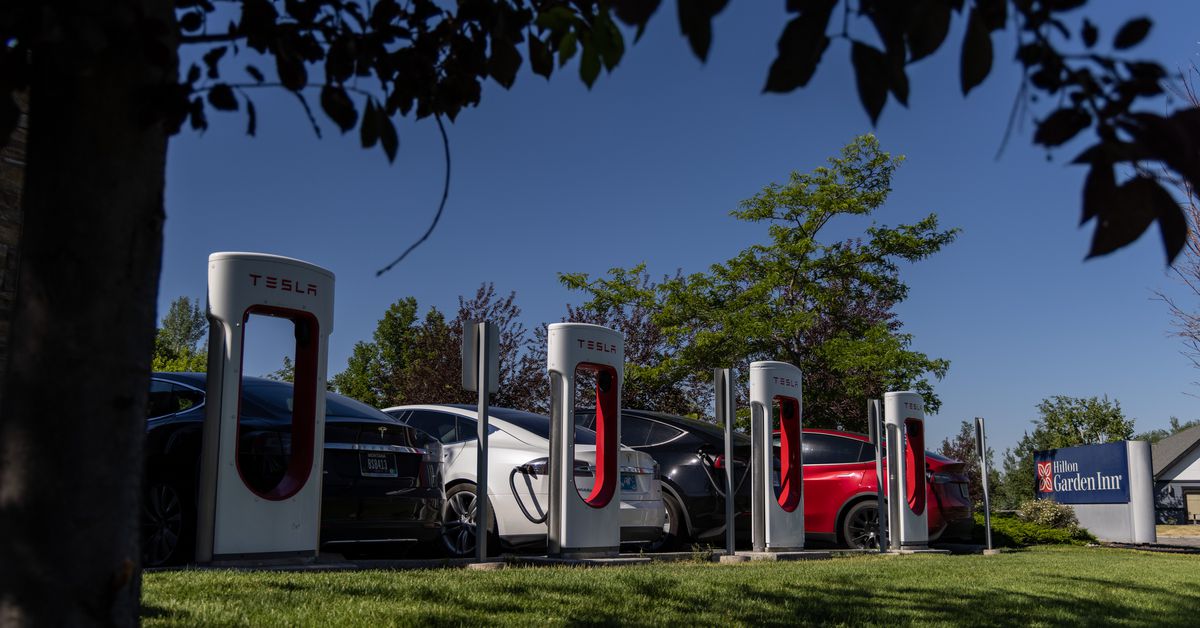 Congress is poised to approve newly expanded tax credits for electric vehicles, but the rules are written in such a way as to effectively disqualify every EV that’s currently on the market today.

That’s because most EVs run on lithium-ion batteries that are mostly made in China. The nation has a lock on some 76 percent of the battery market today (the US only represents 8 percent). And to get a deal passed in a deadlocked Senate, Democrats agreed to provisions that would require eligible vehicles to use batteries that are made in North America.

The Inflation Reduction Act of 2022, which passed the Senate this weekend in a party-line vote, would require batteries to have at least 40 percent of materials sourced from North America or a US trading partner by 2024 in order to be eligible for a $7,500 tax break. By 2029, battery components would have to be 100 percent made in North America.

Batteries that contain minerals that “were extracted, processed, or recycled by a foreign entity of concern,” which is defined as a state sponsoring terrorism or countries blocked by the Treasury Department’s Office of Foreign Assets Control, would be ineligible for the credit. China is listed as a “foreign entity of concern” by the federal government.

Democrats, including West Virginia Senator Joe Manchin, who negotiated the deal in secret with Senate Majority Leader Chuck Schumer, are running on a tough-on-China message this year. But the auto industry says that the new requirements would basically disqualify every EV on the market today.

According to the Alliance for Automotive Innovation, the auto industry’s main lobbying group, there are currently 72 EV models available for purchase in the United States, including battery, plug-in hybrid, and fuel cell electric vehicles. Of those models, 70 percent are ineligible for the tax credit when the bill passes. And by 2029, when the additional sourcing requirements go into effect, none would qualify for the full credit.

“The $7500 credit might exist on paper, but no vehicles will qualify for this purchase incentive over the next few years,” John Bozzella, president and CEO of the alliance, said in a blog post. “That’s going to be a major setback to our collective target of 40-50 percent electric vehicle sales by 2030.”

Bozzella said the auto industry agrees that the domestic supply chain needs serious investment — but not at the expense of customer incentives. EVs are typically more expensive than regular gas-powered vehicles, and experts believe that tax credits are needed to bolster sales until battery costs are low enough to trigger parity with internal combustion engine vehicles.

Automakers could ask for waivers from the requirements, given the precedent that allowed many manufacturers to avoid “Buy America” rules that were enacted as part of last year’s bipartisan infrastructure law, according to Politico. For example, the law requires that new road and bridge projects use domestically produced steel, but most states are able to waive those requirements in favor of procuring cheaper steel from overseas.

The Zero Emission Transportation Association, which represents EV makers like Tesla and Rivian, isn’t seeking waivers — yet. The lobbying group says that compliance deadlines could be extended by a year or more in order to allow the industry more time.

It won’t be a completely impossible task. Tesla uses local suppliers for the majority of components in its electric vehicles, with 65 percent of the parts used to make the Tesla Model 3 (Long Range, Standard Range, and Performance) sourced from the US and Canada. The EV maker has four models that are at the top of the annual automotive index measuring the amount of US-manufactured content in vehicles.

But it will still take time before the US can begin to challenge China’s dominance in the battery market. Ford and South Korean battery manufacturer SK Innovation are spending $11.4 billion on several new factories in Tennessee and Kentucky, while General Motors is planning four new battery factories in the US with partner LG Chem. Toyota said it would construct a $1.29 billion facility in North Carolina. And Stellantis, parent company of Dodge, Jeep, and Chrysler, selected Indiana as the site for its first battery factory.

Globally, battery production is expected to grow from 95.3GWh in 2020 to 410.5GWh in 2024, according to GlobalData, a data and analytics company.

Republicans, who uniformly oppose the Inflation Reduction Act, tried to make the supply chain requirements even stricter. According to two politics, Senator Marco Rubio (R-FL) introduced an amendment that would require 100 percent of battery materials to be sourced in North America immediately, rather than allow a phase-in period. The amendment, though, did not pass the Senate.