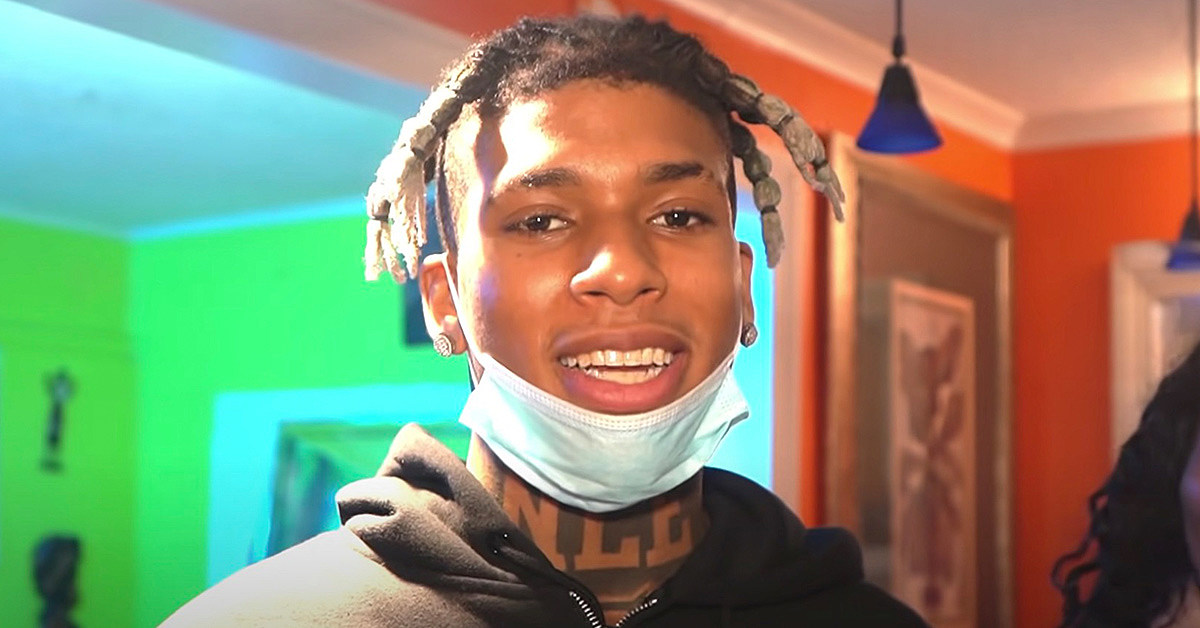 NLE Choppa is facing backlash on Twitter after tweeting about his overly-consistent bowel movements.

Last night (April 7), the Memphis rapper went on a social media rant, boasting that his health regimen allows for him to defecate up to seven times a day.

“I’m so healthy I shit atleast 5 to 7 times a day,” he tweeted. “Consistent vowel movements mean the body is caught up to what’s on the stomach currently, not what’s been bloating in you. Vowel movements often means healing. If you are not using the rest room atleast 2 times a day, not good.”

NLE Choppa continued, “Bowel I was typing fast tryna make this flight y’all know wtf I mean. It’s vowel movement from on you heard it from doctor chop first.”

The Me vs. Me rhymer received a fair amount of backlash following his tweets.

One person wrote, “He’s not a doctor. Please do not take medical advice from someone who has never gone to college.”

A third Twitter user advised Choppa to see a physician, writing, “Go to a mf doctor bro holy shit. NLE is wilin for 5-7 a day but at least once or twice a day is the healthy average.”

In response to the criticism, NLE Choppa asserted that his naysayers are brainwashed and offered an explanation as to why he defecates as often as he does.

“Y’all so brainwashed it’s crazy for every meal you eat your suppose to have a movement for,” he stated. “If you eat 3 times a day and shit once or do not shit til the next day your gut is unhealthy SIMPLE, PERIOD. The gut is working overtime for the pile up your causing. Truth hurt, I know !.”

This morning (April 8), Choppa was insistent on driving his point home.

He said, “I shit 5 to 7 times cause I eat a lot cause I fast even more. So when I come off my fast I be ready to eat. Since the food is alkaline it runs right through me. Moral of story you should shit for every meal. “

NLE Choppa has been very vocal about his health journey after sharing his interest in herbalism in July of last year.

Last summer, he tweeted, “Finna buy out my contract and become a full time herbalist. Forget the music stuff about helping my people !!.”

Choppa, who also practices semen retention like fellow rappers Kevin Gates and Joey Bada $$, has additionally claimed to have cured someone of cancer and that he has an herb that works as a BBL — or Brazilian butt lift — and increases breast size.