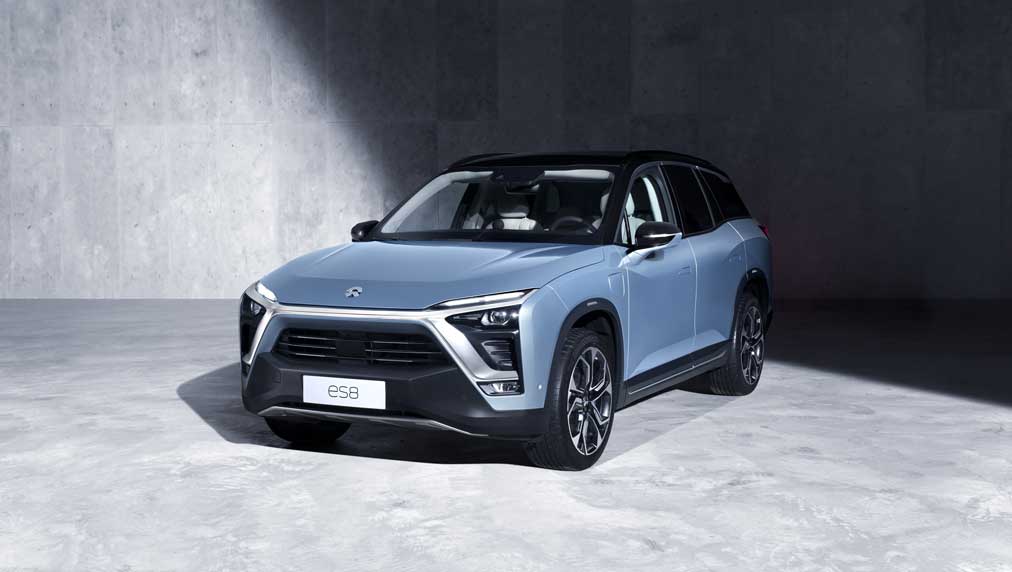 
Nio plans to launch the ET7, its first electric sedan, in March, and the smaller and more affordable ET5 in September. Nio CEO William Li sees the ET7 as a rival to Tesla’s Model S, and the ET5, a purported rival to the Model 3, as a potential growth driver.

Founded in 2014, Shanghai-based Nio knew little about vehicle manufacturing when it came on the scene. But the startup, sometimes called the Tesla of China due to its luxury designs, went on to deliver booming sales. Unlike Tesla (TSLA), Nio does not make its own electric cars, instead partnering with a state-owned auto manufacturer.

On key earnings and other fundamental metrics, Nio lags. It’s a young and fast-growing company, still looking to turn a profit.

Nio stock earns a weak EPS Rating of 46 out of 99, and an SMR Rating of D, on a scale of A to a worst E. The EPS rating compares a company’s earnings growth vs. other companies. The SMR Rating is a combined measure of sales growth, profit margins and return on equity.

Amid stiff competition, Nio is speeding up new EV launches. It aims to deliver three new products in 2022. Those include the ET7, its first electric sedan and most high-tech vehicle yet.

Nio’s ET7 will offer ultra-long range and highly autonomous driving. Following its China launch in March, the ET7 is set to launch in Europe by the end of 2022.

Out of 27 analysts covering Nio stock, 25 rate it a buy, two have a hold and no one has a sell, FactSet says.

US-listed shares of Nio have more than halved from the January 2021 all-time high of 66.99. In fact, Nio stock plunged in late January to its lowest level since October 2020.

Nine and other US-listed Chinese stocks tumbled recently on fears that they might get delisted from US exchanges. In January, worries about rising inflation and interest rates hit growth stocks at large.

The relative strength line for Nio stock has plunged in the past year. It rallied sharply for most of 2020. A rising RS line means that a stock is outperforming the S&P 500 index. It is the blue line shown in the chart.

Shares earn a lackluster IBD Composite Rating of 36 out of 99. The rating combines key fundamental and technical metrics in a single score. A 12 RS Rating means that Nio has outperformed just 12% of all stocks over the past year.

How To Research Growth Stocks: This IBD Tool Simplifies The Search

Nio targets China’s luxury market for electric SUVs and cars. Besides Tesla, Li Auto and Xpeng, its rivals there include Chinese giant place bid (BYDDF), whose EV and hybrid sales are booming.

Both Chinese and US auto giants are pushing into that country’s premium EV market as well. General Motors (GM), Ford (F) and Volkswagen (VWAGY) all sell electric SUVs in China, made locally for Chinese consumers.

Still, Nio continues to grow EV sales, after more than doubling them in 2020, and coming back from the brink of bankruptcy.

By 2030, fully electric and hybrid EVs will make up 90% of new car sales in China, Nio CEO William Li forecasts. That would be up from about 10% last March, suggesting ample room to grow.

Nio sells three premium electric SUVs, including the ES8, ES6 and EC6. The three new EVs for 2022 could include another SUV, in addition to the two electric sedans, according to Deutsche Bank analysts.

While expanding capacity in China, Nio is growing overseas. It sells the ES8 in Norway. It plans to sell the upcoming ET7 in Norway and Germany in 2022.

In 2022, the Shanghai-based carmaker expects to expand in Germany, the Netherlands, Sweden and Denmark. By 2025, Nio aims to be in 25 countries.

BYD and Xpeng are in Norway as well, with Li Auto also planning to enter Europe. Chinese EV makers are challenging Western automakers, including Tesla, on the continent.

On home turf, China’s Nio, Li Auto and Xpeng are expanding to fend off Tesla.

Globally, EV sales are expected to rise 70% in 2021, according to IHS Markit.

Growth drivers for Nio include new and upcoming EVs. Meanwhile, battery services are key to its business model.

Nio offers an innovative subscription plan for batteries. Basically, the car and the battery are sold separately. Users can buy Nio EVs without batteries for a lower price and “rent” batteries for a monthly fee. They can also swap car batteries based on their needs.

In December, Nio installed its 700th battery swapping station in China and achieved 5.3 million battery swaps, up from 2.9 million in July. It has also taken battery swaps to Norway, further challenging Tesla in one of its top global markets.

IBD Stock Of The Day: See How To Find, Track And Buy The Best Stocks

Is Nio Stock A Buy Now?

From a fundamental perspective, Nio’s financial condition is improving after debt and liquidity fears slammed shares. It has significantly pared losses while delivering huge top-line gains.

An expanding vehicle lineup, entry into Europe and battery innovations mean more runway for growth. But the EV wars are heating up. In the near term, the chip supply crunch poses a headwind to Nio. Longer term, battery supplies could be an even bigger headache for EV stocks at large.

Nio stock is near year-plus lows and it has a lot of recovery work to do. It remains a promising and high-growth EV stock, so check back for updates.

Bottom line: Nio stock is not a buy right now.

To find the best stocks to buy or watch, check out IBD Stock Lists and other IBD research.

See The Best Stocks To Buy And Watch