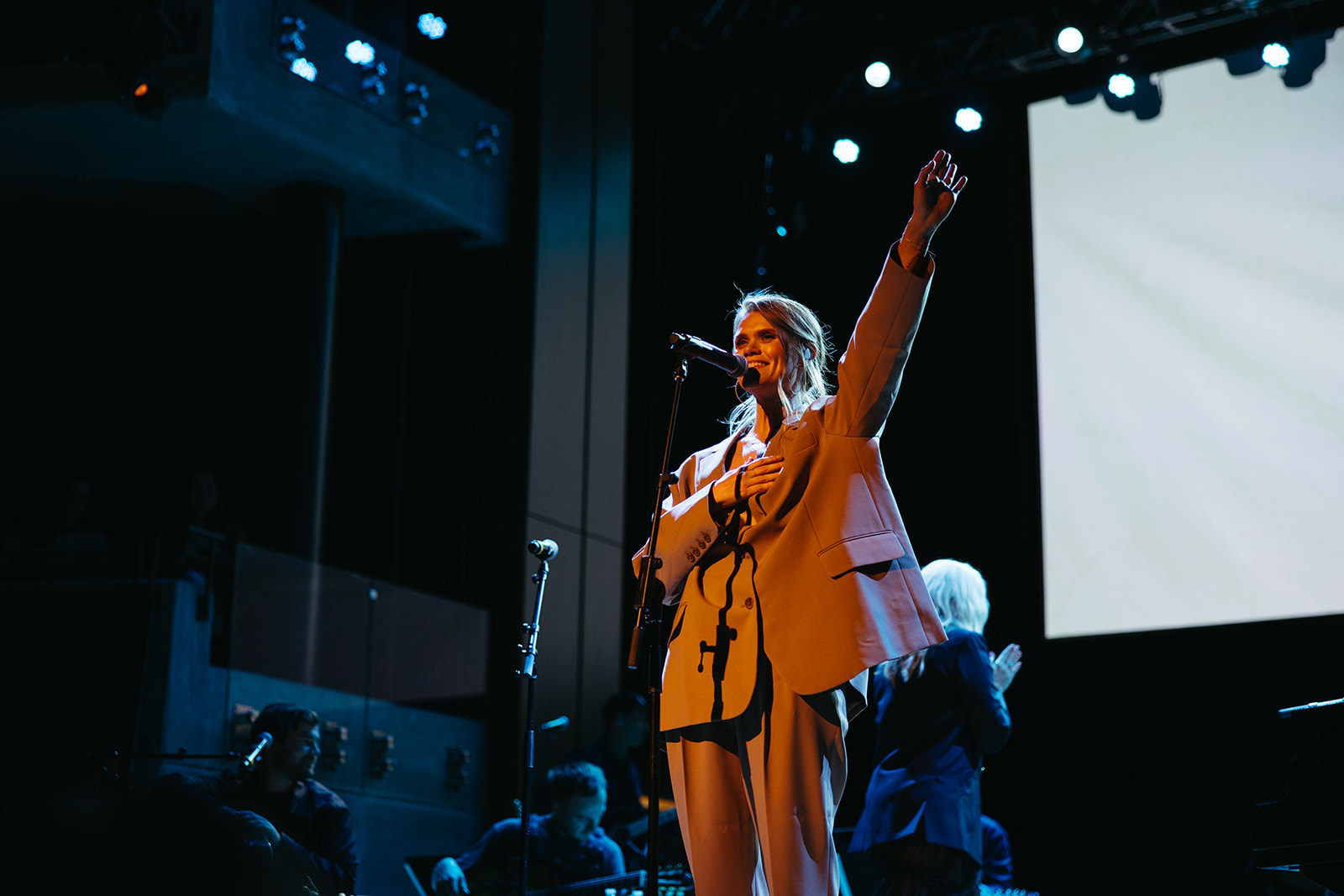 Although Nicole Galyon helped tell other people’s stories instead of her own, there’s always been a sense of vulnerability in her songwriting, which continues to rank at the top of the mainstream country music charts.

Throughout the album, Galyon sang from beginning to end, starting with “winner.” Slowly, Galyon sang the words with ever-increasing confidence. As she began to tell her story, her voice was delicate and sweet.

She took off her heels after performing “sunflower” and spoke about the people on “team firstborn.” According to her, the first people to attend her concert were Jimmy Robbins and King Henry, who sat on a white couch on the left side of the stage and played acoustic guitars for the rest of the set.

Her album was specifically crafted to tell her children the story of her life, so performing in front of a crowd was a big deal for her.

As she sat at the grand piano on “consequences,” a song originally recorded by Camila Cabello, Galyon invited Emily Weisband to join her in singing. Galyon’s voice had a sweetness and endearment that Weisband’s voice had a power and a rasp that felt like magic despite the differences in their tones.

As part of the concert, Walker Hayes appeared on stage with Galyon and performed a duet titled “Halloween“.

She recorded a stripped-down version of “boy” on the LP to reflect her recordings. It was one of the night’s standout tunes, which Lee Brice made big. A true, beautiful, and bittersweet country ballad, “boy” was written when she found out she was having a son. Behind her, images of her son flashed as she played the piano.

Before her next performance, Galyon spoke about how getting married to someone who changed the course of her life changed the direction of her sails five years after she first arrived in Nashville. Her husband Rodney Clawson, another hit songwriter, performed “five year plan” along with Hilary Lindsey and Carobae singing background throughout the night,

A bit of The Band Perry‘s hit “If I Die Young” was sung on stage by Kimberly Perry during her finale, arguably the most moving performance at the showcase. ‘death bed.’ wraps up “firstborn” like a gift.

CHIME22: 3 Takeaways on How Culture Impacts Change and Digital Strategies in Healthcare