Nicolas Cage is a gunslinger out for revenge 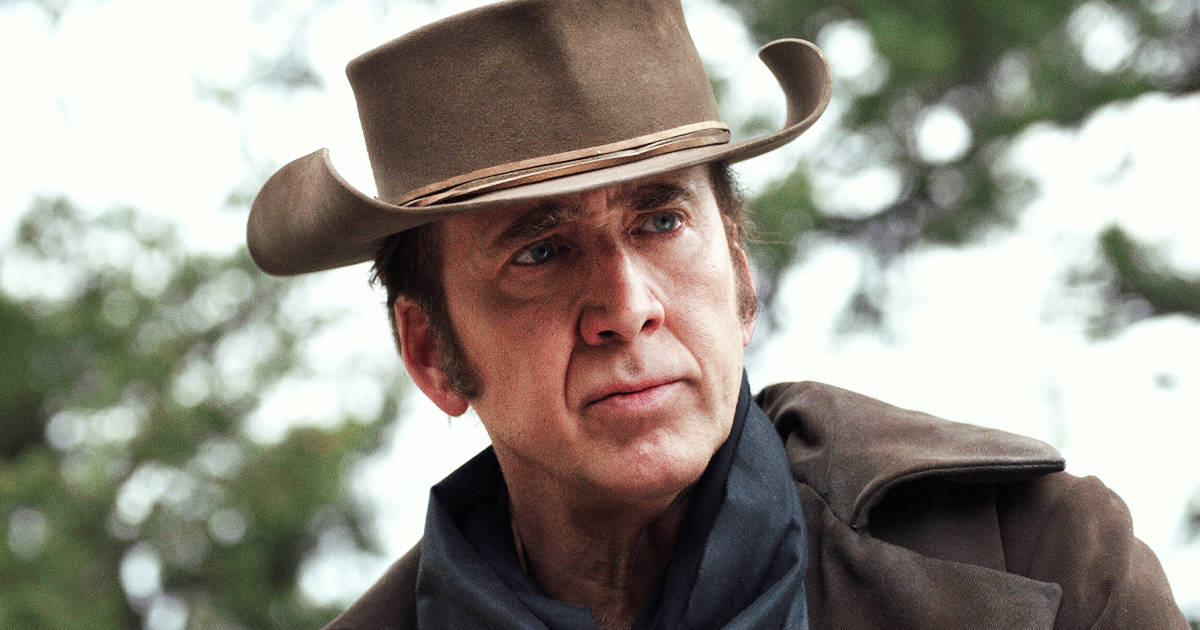 Nicolas Cage has tackled a wide variety of genres over the course of his career, but he only recently dipped his toe into the world of Westerns. One of his first will be The Old Way, and Lionsgate has released a pair of clips for your viewing pleasure, which you can check out below.

The first clip finds Nicolas Cage’s character waking his daughter after hearing gunshots in the distance, while the second finds the pair holding several injured men at gunpoint.

Directed by Brett Donowho (Acts of Violence) from a screenplay by Carl W. Lucas (The Wave), The Old Way stars Nicholas Cage as Colton Briggs, “a cold-blooded gunslinger turned respectable family man. When an outlaw and his gang put Colton and his family in peril, Colton is forced to take up arms with an unlikely partner — his 12-year-old daughter (Ryan Kiera Armstrong) — in this action-filled film that builds toward its fateful showdown with pulse-pounding suspense.” When the project was first announced, Nicolas Cage said:

After 43 years in cinema, I’m only now being invited to the important and storied genre of the Western with both ‘The Old Way’ and ‘Butcher’s Crossing.’ Being born and raised in the West, this is another good match and long overdue. I’m excited and compelled by the complex characters of both Briggs and Miller, and to find new ground to play at 57 is indeed galvanizing.

What did you think of The Old Way clips? Will you be checking out Cage’s first foray into the wild west? The Old Way will hit select theaters on January 6th, followed by a PVOD release on January 13th.

Of course, you can’t talk about Nicolas Cage today without mentioning Renfield, the upcoming horror comedy in which he plays Count Dracula. The film is based on an original story by Robert Kirkman (The Walking Dead) and focuses on Renfield (Nicholas Hoult), who has grown sick and tired of centuries spent as Dracula’s lackey. He finds a new lease on life and maybe even redemption when he falls for feisty, perennially angry traffic cop Rebecca Quincy (Awkwafina). Chris McKay directed the movie based on a screenplay by Ryan Ridley. The film received an R-rating for “bloody violence, some gore, language throughout, and some drug use.” The first trailer for Renfield was released earlier today and it looked like a lot of fun, with Cage having an absolute ball as the immortal bloodsucker.

Here are some of the major revelations from Prince Harry’s leaked memoir, “Spare”