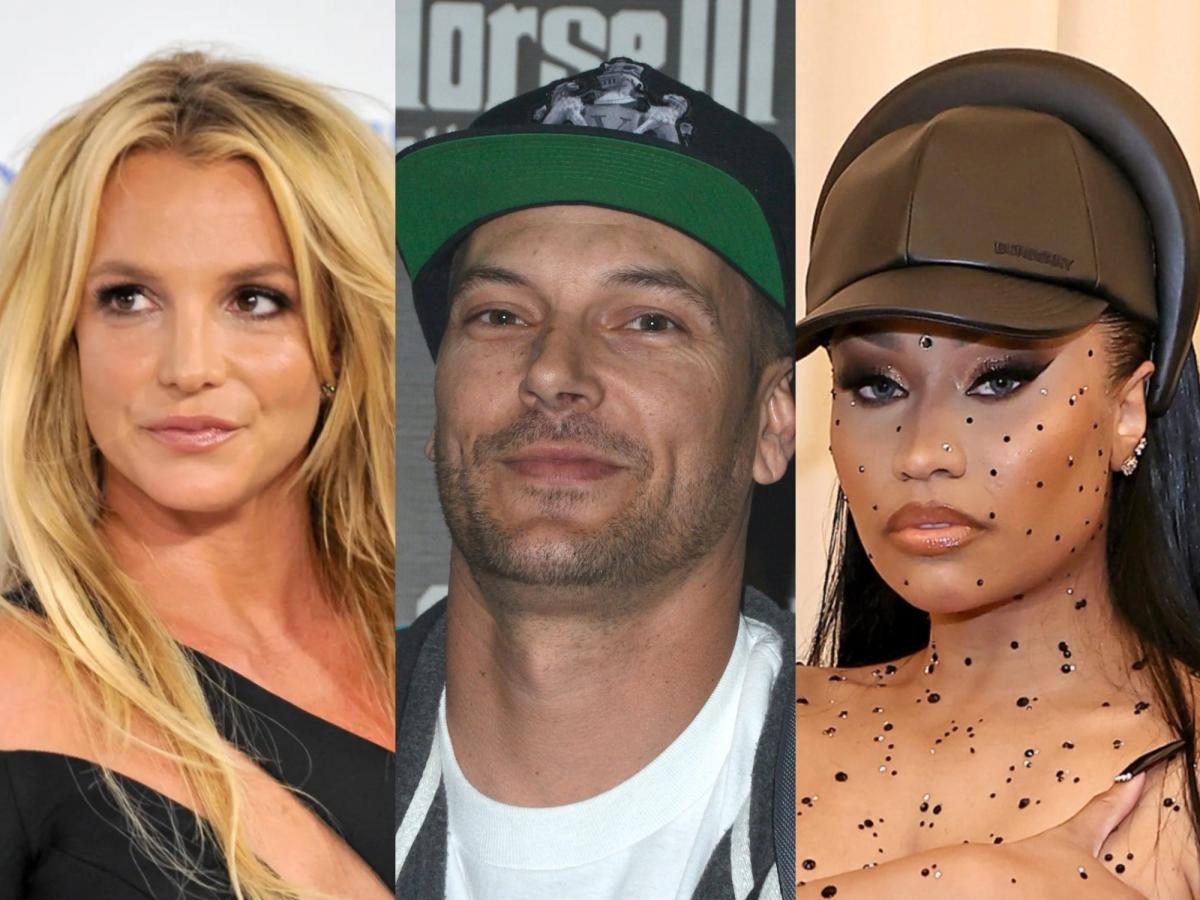 Nicki Minaj addressed the falling out between former spouses Britney Spears and Kevin Federline on an episode of her Amp radio show Queen Radio released Tuesdayblasting Federline for speaking about Spears and her relationship with their sons to the media.

“Do you understand what kind of a clown you have to be — a whole, grown fucking man, and as soon as you see somebody happy and getting married and moving on and being free and feeling good in their own skin, to do the very thing that you know is going to attempt to break them down? Going to the media?” the rapper said of Federline.

Federline, who was married to Spears from 2004 to 2007 and awarded full custody of their kids in 2008, shared — then quickly deleted — videos that appeared to show the pop star arguing with their sons Sean Preston, 16, and Jayden, 15 on Instagram August 11

The previous week, on August 6, Federline gave an interview to the Daily Mail in which he opened up about the boys choosing to skip Spears’ wedding to Sam Asghari and their decision not to see their mom.

On August 10, seemingly in response to Federline’s Daily Mail interview and the day before he shared the videos appearing to show Spears yelling at their sons, Spears opened up about her sons’ “harsh” decision to see her less in a lengthy, emotional Instagram post that has also been deleted.

“I talk about it because my heart doesn’t understand cruelty. It breaks my heart because it seems to be that these days, cruelty does in fact win, although it’s not about winning or losing !!!” the “Womanizer” singer wrote in the now-deleted post. “But I can’t process how I dedicated 20 years of my life to those kids … everything was about them !!! For them to knock the breath out of me.”

Minaj, 39, has been subject to her own public disputes with exes including Safaree Samuels and Meek Mill. Samuels did a series of interviews after reports of their breakup began circling in 2014 and Meek Mill tossed a few bars her way on his 2017 track “1942 Flows.”

On Queen Radio, Minaj also accused Federline of using Spears’ fame against her “as this constant ‘gotcha’ moment.” She sent a direct message to Federline during the stream, asking if he thought the public would pity him. “You think you’re not gonna fucking have karma from it? You think it’s OK? You think that anybody’s going to feel sorry for you?” she asked.

Minaj also criticized Federline for bringing his and Spears’ sons into their public feud. “How dare you encourage this woman’s children to be a part of your nonsense?” she said.

“When they look back, they’re gonna say, ‘Why, why, why did we do this?’ They’re kids. They don’t know how detrimental this is, but you know,” she added.

Spears and Minaj performed together on the “Femme Fatale” tour in 2011. They also worked together on a remix of “Till the World Ends.”

“She loves her kids more than life itself,” Minaj, a mother of one, said of her former collaborator.

Representatives for Minaj, Spears, and Federline did not immediately respond to Insider’s requests for comment.