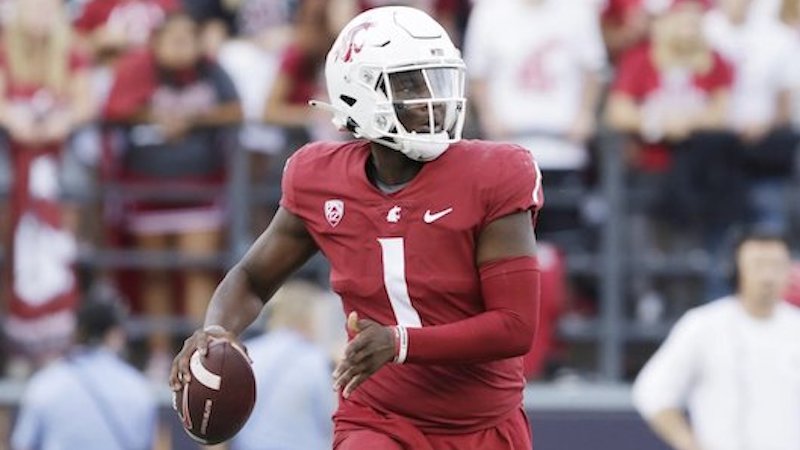 Championship games can be hard calls, so I’ll take my 1-1 mark after missing on USC and nailing it on Fresno State last week.

Bowl games can be just as tricky, but my 97-26 record on the season should inspire confidence.

The four matchups on Saturday—involving Oregon State and Washington State of the Pac-12 and Fresno State and Boise State of the Mountain West—are the first of 14 SuperWest bowls over the next two weeks.

That’s a lot to look forward to, so let’s get this going. It’s time to make my picks.

As always, my selections come with incredibly accurate game scores and just enough commentary to keep me from drinking too much coffee at my favorite java shop here in the beautiful Shoreline district of Seattle.

Despite being arguably the most boring sponsor name in bowl history, this game could prove to be an elite-caliber matchup.

Oregon State enters the contest with a top freshman running back, a fearsome defense, and a man simply known as the hammer.

The Beavers have not been this relevant nationally since Jonathan Smith quarterbacked Dennis Erickson’s OSU team to a Fiesta Bowl victory over Notre Dame in 2001.

A win over Florida would have them dancing on the cusp of national prominence.

The Gators, in their first year under Dan Mullen, have felt like, well, the product of a first-year coach. FU started off their campaign with a massive win against Utah but has sputtered to a 6-6 overall record since.

There could be a lot more analysis but this game’s coming down to the quarterbacks: One is unknown, and the other has been more effective handing off than passing.

Ineffective beats unknown when the latter plays for the 14th-ranked team in the country.

No city is more different than the blue-collar locales of Pullman and Fresno than L.A. So for this matchup, we essentially have a small rural town facing off against a hard-working mid-sized city in la-la land.

City metaphors aside, this should be a good game.

Washington State enters this matchup with the 30th-ranked scoring defense nationally. Their defensive line has been a reed in opponents’ sides all year, led by the duo of Brennan Jackson and Ron Stone Jr.

Fresno State has gotta get country-strong. To compete in this one, the Bulldogs need to give Jake Haener time to throw. FSU’s offensive line has struggled this year, allowing 35 sacks, which lands it toward the bottom of the country.

Haener can get it done, but not by himself.

BYU probably had one of the most confusing seasons in 2022. They started off hot, sucked in the middle, and finished strong. Please be appropriate.

The main question surrounding this game is whether Jaren Hall will play or not. Hall is undoubtedly the Cougars’ best player and they could be favored if he were to suit up.

The Mustangs know who they are. The SMU defense is trash but they do have the 13th-best scoring offense in the nation. They’ll also be close to having their full lineup minus standout receiver Rashee Rice.

Regardless, the main question surrounding this game is whether Hall will play or not. He won’t.

Boise State enters this matchup in a tough place. The Broncos seemed capable of winning the Mountain West. It was within their reach, but it exceeded their grasp.

Still, this postseason experience could prove valuable for BSU.

Boise State quarterback Taylen Green is getting there, and every rep should further his development.

On Defense, the Broncos are dirty. BSU enters this contest with the 11th-ranked scoring defense nationally.

North Texas has gotta get “Stone Cold” Steve Austin. Stone Cold’s alma mater has proven solid at home this year and Frisco’s only a 40-minute drive from Denton, home of UNT.

But want to know what it feels like in Texas? Boise, Idaho.

Writes about football and basketball as a Senior Writer for SuperWest Sports.


US-China chip war: How the technology dispute is playing out